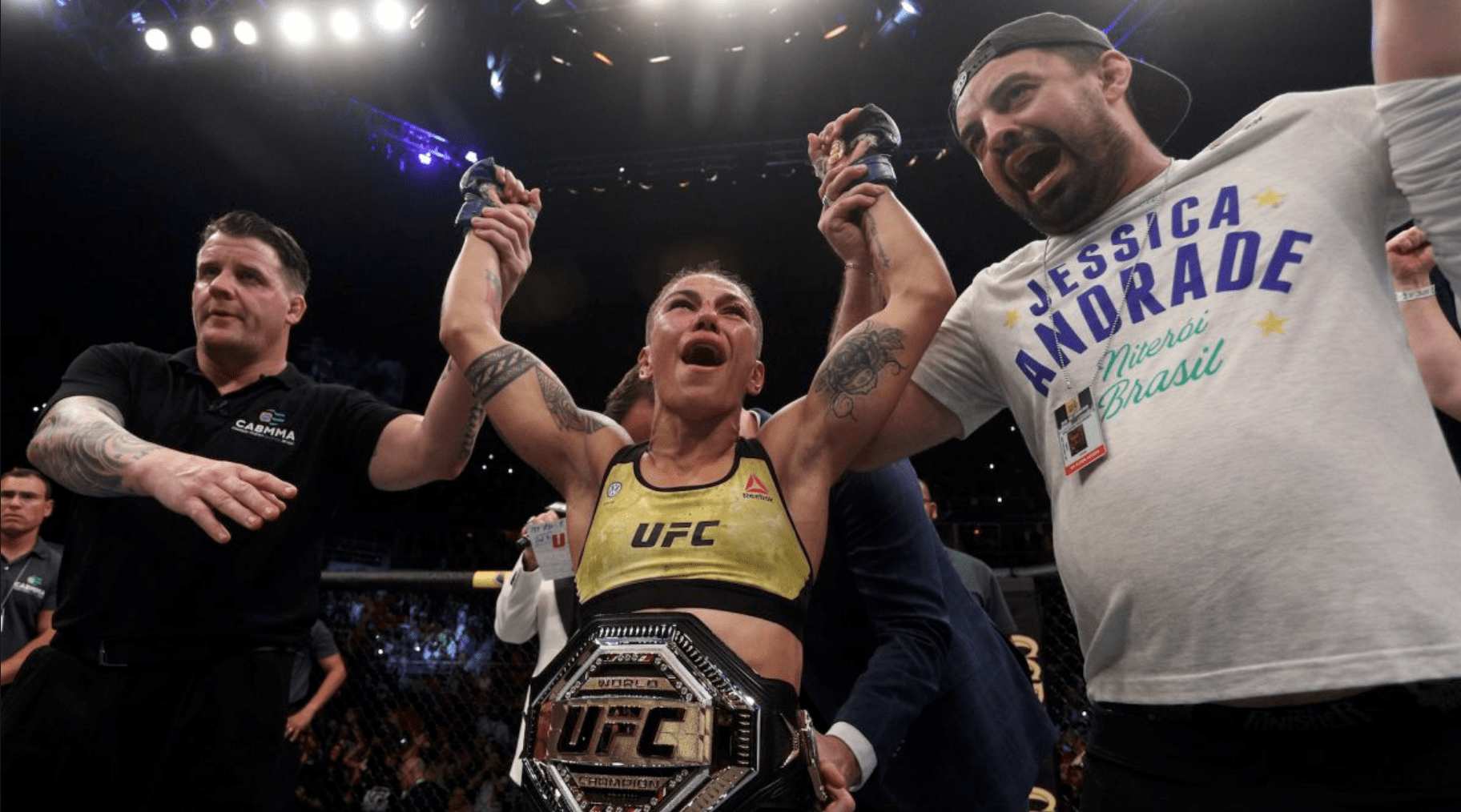 A week ago, we reported that the new UFC strawweight champion Jessica Andrade, was robbed at gun point in her home town of Niteroi, in Brazil. The robbery, in which she and her wife Fernanda Gomes had their car, mobile phones and personal belongings stolen, happened less than three weeks after she beat Rose Namajunas for the title at UFC 237 and around 25 miles away from the venue where she won the belt that night.

Speaking to ESPN, the new 115lbs champion described the ordeal.

“The lights went red, and I slowed down. I saw a motorcycle close, and when I realized he was already by my side, I wasn’t quite aware of what was going on. I thought he was going to ask me something. When I saw the gun, I was like, ‘Oh crap.'”

“I wasn’t understanding the whole deal. I got out of the car, but I didn’t see him pointing the gun at me at any time.”

“My car’s hand brake is a button that was pressed. He didn’t know that and was having trouble to make the car go. I was like, ‘Oh great. Now he’s going to get out of the car and shoot us. We’re screwed.’ Until Fernanda told them about the hand brake. They managed to do it and went away.”

So shook up by the incident, Andrade said that she “couldn’t even remember [her] license plate [number]”

After the incident, Andrade and her wife entered a local drug store and reported the robbery to the police. In the local drug store, a lady who worked in a near by restaurant gave Jessica and Fernanda $40, in case they needed anything

“I didn’t know if I was going to cry about the car or because of her. … Nobody does that. I need to go back there and give her a gift,” Andrade said.

“During the crime, I kept my cool. I’d let them take everything. I don’t know how I got that calm because Fernanda was losing it. I hugged her and told her ‘Everything’s gonna be fine. We’re going home.'”