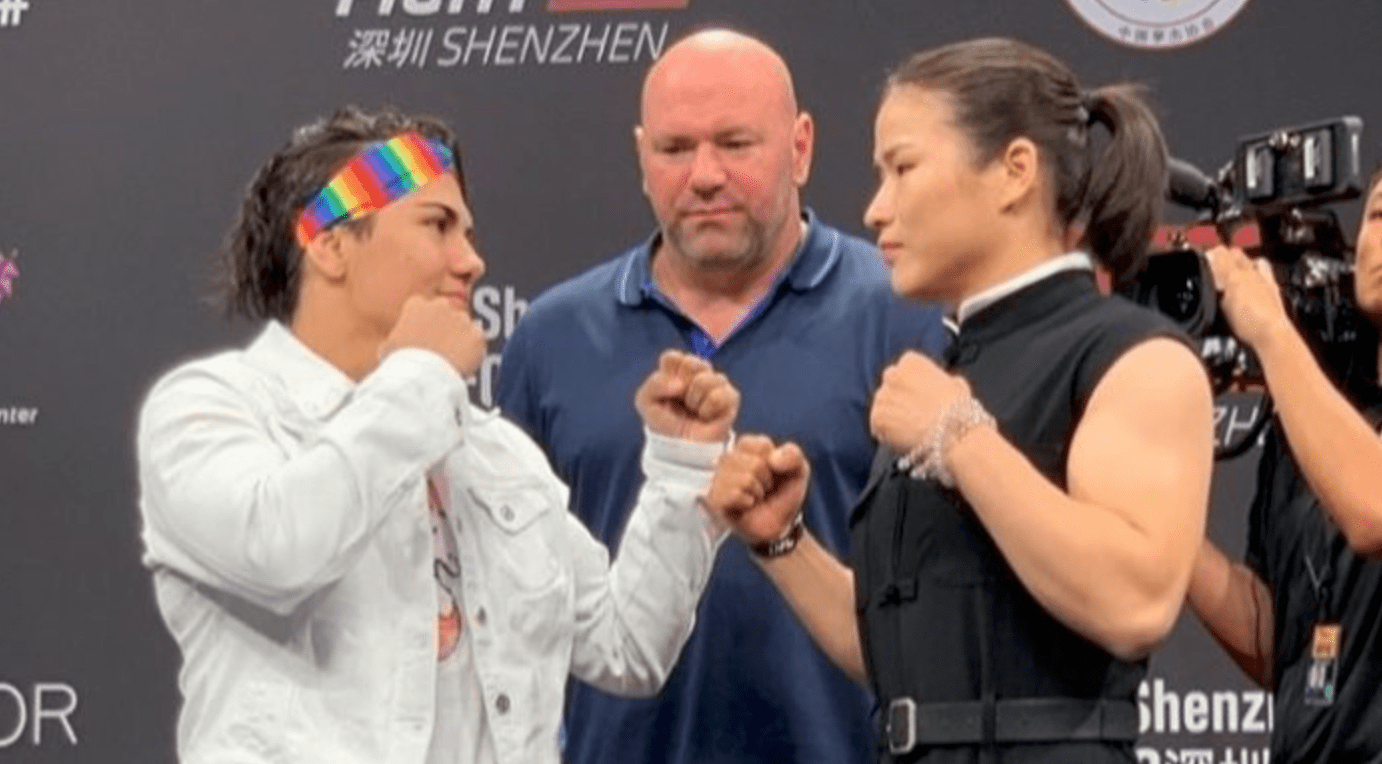 Jessica Andrade is set to defend her UFC women’s strawweight title against Weili Zhang at UFC Shenzhen. And the Brazilian is expecting fireworks in her first title defence.

Speaking to Portal do Vale Tudo (as translated by Bloody Elbow), Andrade said she’s expecting a tough fight when she takes on her Chinese opponent, in her own back yard.

“She is a really tough fighter. She has fought Tecia Torres, whom I also fought, and I know how hard it is to fight Tecia. After seeing what she did in that fight, I believe the UFC set up a really good fight. We will surely end the card on a high note, it’ll be fireworks the whole time.”

And Andrade isn’t only expecting fireworks, the 27 year old is expecting things to go her way on the night.

“Weili walks forward all the time, she throws good shots, she’s quick, she’s strong, so I have to be well prepared for this fight. You can be certain that everything will go well on the day of the fight.”

Andrade beat Rose Namajunas at UFC 237 in Rio de Janeiro, to become the UFC 115lbs champion. After losing the first round and a half, Andrade scored a second round knockout, after slamming Namajunas.

Zhang has won nineteen fights in a row, since losing her professional MMA debut in 2013. The 29 year old made her UFC debut last year and has won all three bouts inside the Octagon. Most recently, beating Tecia Torres at UFC 235.

UFC Shenzhen goes down at the Shenzhen Universade Sports Centre Arena, in China on August 31st.