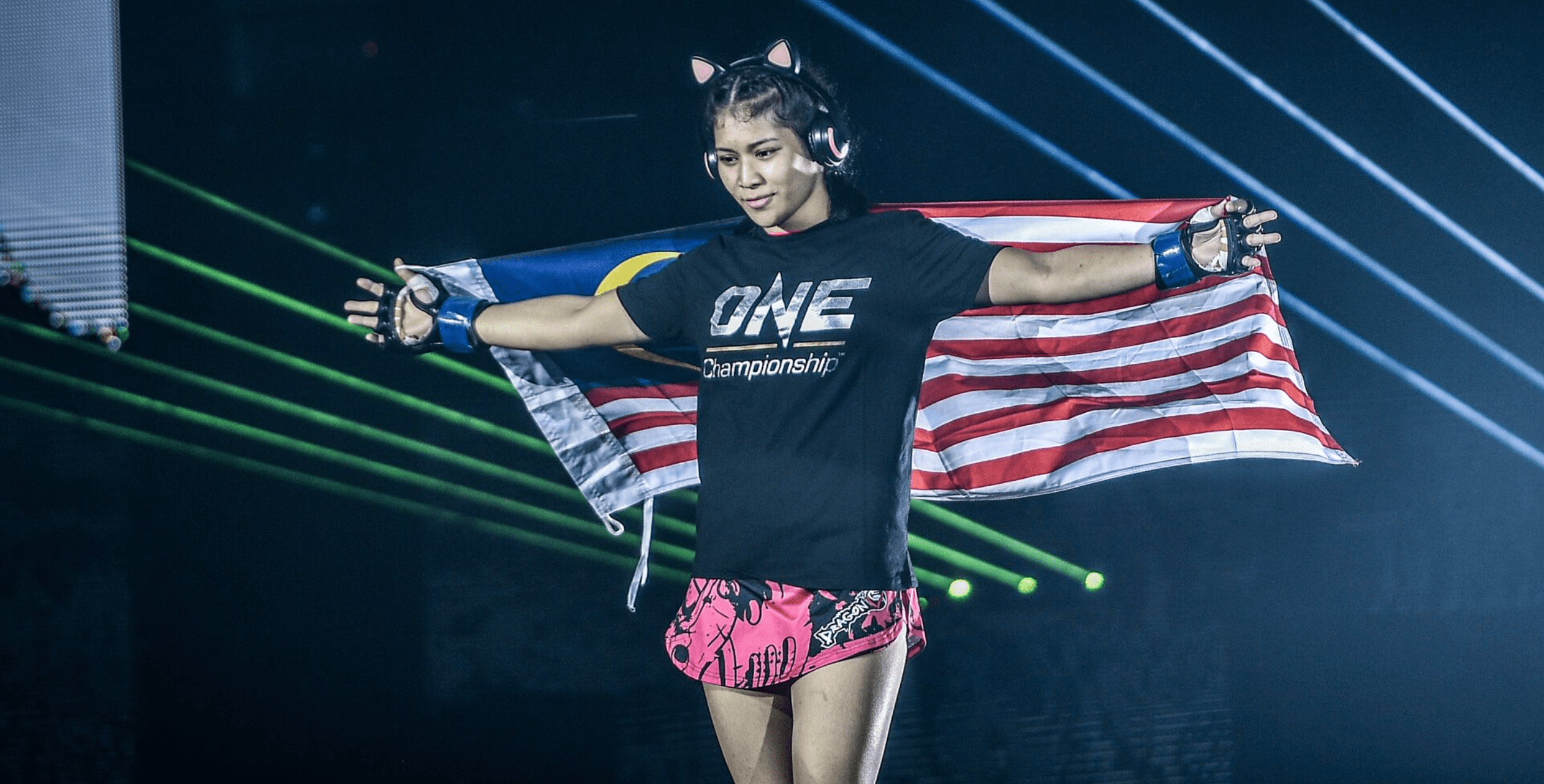 Amidst the global coronavirus pandemic, ONE Championship is one of many sporting organisations forced into doing a bit of redesigning of their 2020 schedule. Jihin Radzuan however, is not resting and has set her target on her next opponent – Bi Nguyen.

“I see Bi as a person who loves coming forward, whether she is dominating or trying to create a presence in the match. She never backs down. In all her fights so far, she has shown tremendous courage and heart to fight. I would like to go up against someone like that,” Radzuan told ONE Championship.

The Vietnamese-American athlete has become one of the most popular faces in the organisation, not only in Asia, but globally as well. With Nguyen’s aggressive fighting style, she may just be the perfect opponent for the 21-year old Radzuan.

Nguyen made her organisational debut a year ago and has recorded a 1-2 record so far. She stopped Indonesia’s Dwi Ani Retno Wulan via TKO in her first ONE bout, but would lose the next two to Bozhena Antoniyar and Stamp Fairtex, both via decisions, respectively. In that time, ‘Killer Bee’ has also notched up a ONE Super Series Muay Thai win over Puja Tomar.

Radzuan sees this potential bout as an incredibly exciting and explosive match-up.

“I believe it would be fireworks if we ever clash. She loves to put on a show, and it’s the same for me, too. We could bring out the best in one another. It might be different in the match, but based on what I’ve seen, I’m convinced that it would be an epic fight. ”

Since making her professional MMA debut in July 2017, Radzuan has won five out of her seven bouts, finishing three of them. Including victories over former ONE atomweight world title challenger Jenny Huang and Indonesian contender Priscilla Hertati Lumban Gaol. In her last outing to the ONE Circle, Jihin lost unanimous decision in front of her home fans at ONE: Mark Of Greatness to Denice Zamboanga, who will challenge Angela Lee for the ONE atomweight title this summer.

If ‘Shadow Cat’ was granted a shot at Nguyen and beat her, she would be one step closer to becoming Malaysia’s first-ever mixed martial arts world champion.

“I would love to return as soon as possible, but I respect what ONE has done so far in dealing with the COVID-19 situation.”

Would you like to see Jihin Radzuan vs Bi Nguyen?