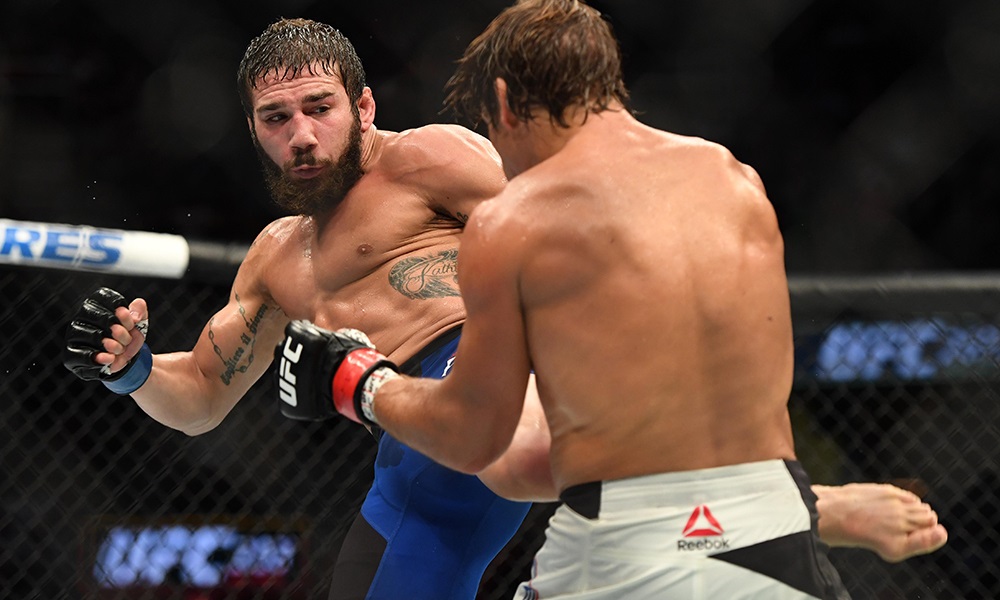 Jimmie Rivera has never been someone who would take the easy route, and after his recent losses to Marlon Moraes and Aljamain Sterling (winning against John Dodson in between), Rivera has reportedly agreed to fight another killer in Petr Yan.

According to ESPN’s Ariel Helwani, both Rivera and Yan have agreed to fight each other at UFC 238. UFC returns to Chicago on June 8th with the pay-per-view, headlined by Henry Cejudo and Marlon Moraes for the vacant UFC bantamweight title.

With TJ Dillashaw getting suspended for testing positive after his January fight with Cejudo, the former champion immediately relinquished the title. The bantamweight division in the UFC has indeed changed over the past few years, with TJ defeating Cody Garbrandt to win the title. However, with Dillashaw losing to Cejudo earlier this year, the UFC flyweight champion now looks to make history by becoming the newest two-division champion in the promotion.

Jimmie Rivera (22-3 MMA) was on his way to a title shot last year, before getting stopped by Marlon Moraes. Petr Yan (12-1 MMA) on the other hand hasn’t lost in the UFC, and has won all seven of his previous outings.

Yan and Rivera have been going back and forth on social media, with Yan accusing Rivera of ducking him. Jimmie however has now reportedly agreed to fight Petr in Chicago on June 8th.

As it stands, UFC 238 boasts of the following match-ups.