Joanna Jedrzejczyk Wants A Rematch With Zhang Weili: I’m The One 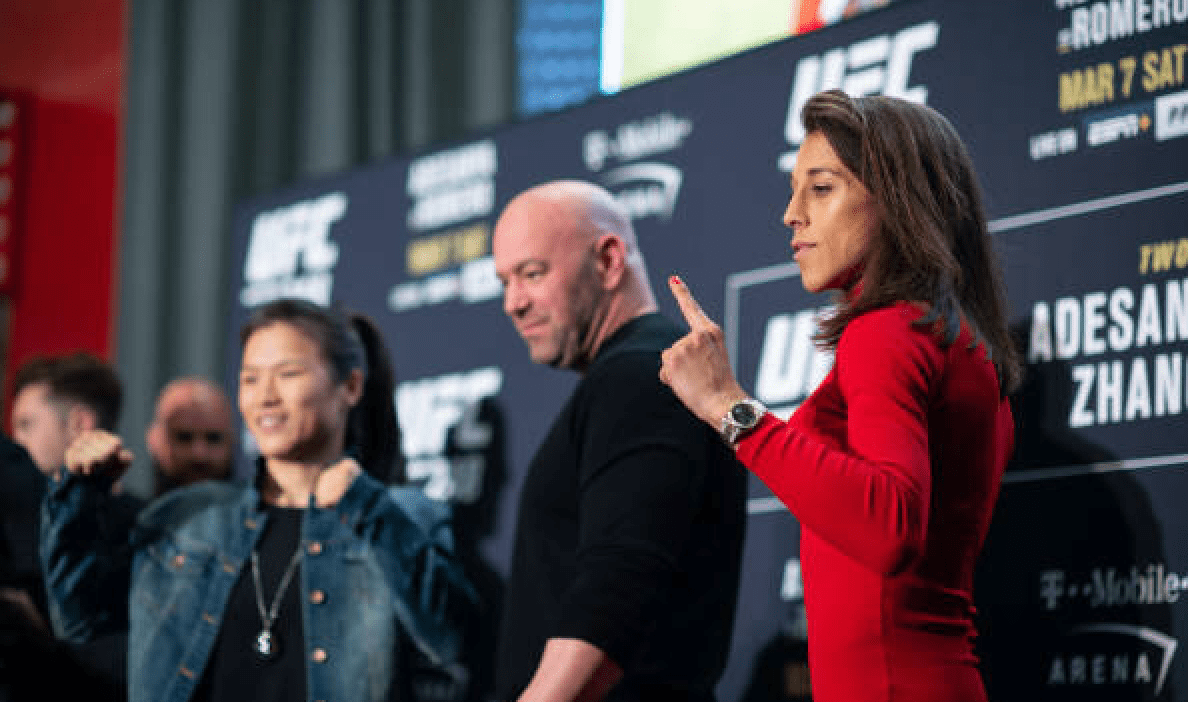 The former UFC strawweight champion Joanna Jedrzejczyk came a whisker away from regaining her title against Zhang Weili last month at UFC 248. Although she lost by a split decision, the five round action-packed battle was declared the Fight of the Night, a Fight of the Year contender, and judging by the post-fight reactions, one of the greatest title bouts of all time.

Speaking to MMA Junkie, Jedrzejczyk shared her thoughts on the match with Zhang and admitted that she still hasn’t actually watched it back yet.

“I’m very happy that I could give people what they always want,” she said. “I put so much work in camp for so many weeks and I put on a hell of a fight. I’m very happy. It was probably one of the best fights in my fighting career, but I’m proud of every fight. … It was a war. I know people want this fight, and I need to rewatch it because I haven’t watched it.”

Jedrzejczyk wants the rematch with Zhang and thinks it would be a big fight in all aspects.

“Big money – that’s it. That’s what I want,” Jedrzejczyk said. “I don’t need to make more money, but it’s a money fight, and I want a piece of this cake. This fight is a big fight. We were not the main event, (but) we put on a hell of a fight. People love watching … only big things, only big things.”

The fight was very close and Jedrzejczyk thinks it is one of the reasons she should get a rematch.

“The way we fought last time, we’re both warriors, and the people want to see it because it was so close,” Jedrzejczyk said. “There’s so many girls who deserve this, but I think I’m the one.”

Jedrzejczyk said that she didn’t feel like fighting for a while after the hard battle with Zhang, but she got the hunger back sooner than she expected.

“A few days, a few weeks ago, I was like, ‘I’m not fighting for the next 12 months.’ But a few days ago, I texted Dana [White] that I wanted to fight,” Jedrzejczyk said. “That’s the thing. You never know when you’re going to wake up and say, ‘OK, I’m leaving. I’m going back to the States and start my camp. Sign the agreement.’

“The UFC – we need big fights, and my fight with Weili Zhang is going to be big. So they need this big-money fight. We’ll see. I don’t know.”

While UFC president Dana White announced his plan for the UFC to return on May 9th, nothing is certain going forward during the coronavirus pandemic. And Jedrzejczyk feels bad for her fellow fighters, who are unable to fight.

“There’s so many athletes in the UFC and I feel so sorry for all of them – all of us – that we can’t fight,” she said. “I was lucky I had a fight with an audience – it was a great show. But I feel so sorry for the rest of the athletes. They couldn’t perform – they were training, preparing, spending money, but they couldn’t perform and make this money. So that’s difficult.”

Would you like to see Joanna Jedrzejczyk fight Zhang Weili for the UFC strawweight title one more time?