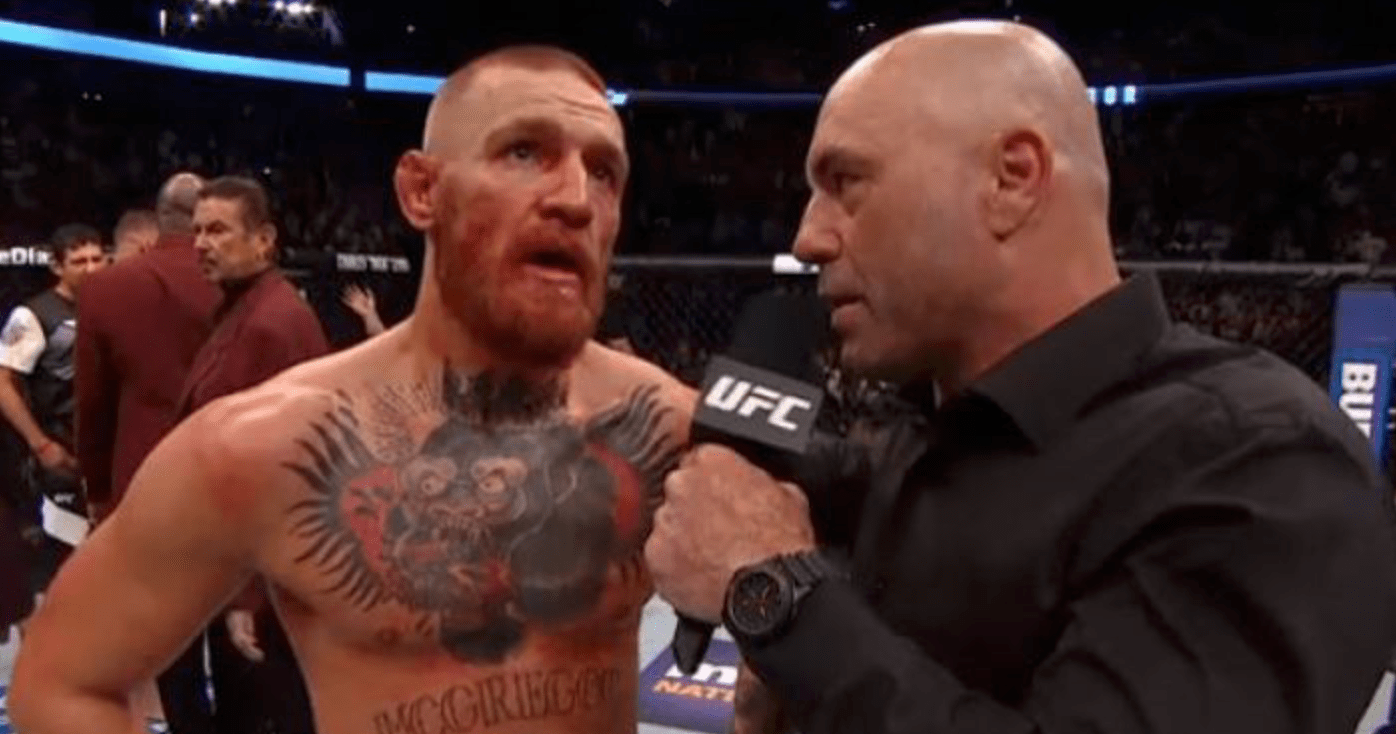 After a video was posted online (which you can watch here) of Conor McGregor criticising Joe Rogan, barely a few hours has gone by and the long time UFC commentator has already responded.

Whereas many fans may have thought that Rogan would be offended by McGregor’s criticism of his commentary of the second Nate Diaz fight and recent Khabib Nurmagomedov fight, Rogan said he understood where the Irish man was coming from. Insisting that he’s never received a script though. And adding that commentating is a tough job.

Rogan even went on to say what a huge fan of McGregor he is.

“I think that guy is one of the most dynamic individuals to ever compete in the sport. He’s a special person, very special person.”

We have no doubt what a tough job commentating is. And as Rogan pointed out, “I bet he (McGregor) likes it (Rogan’s commentating) when he wins.”

Although there has been the odd criticism directed his way over the years, Rogan is generally regarded as the best in the business at what he does.

Do you think Rogan is the best commentator in the game?