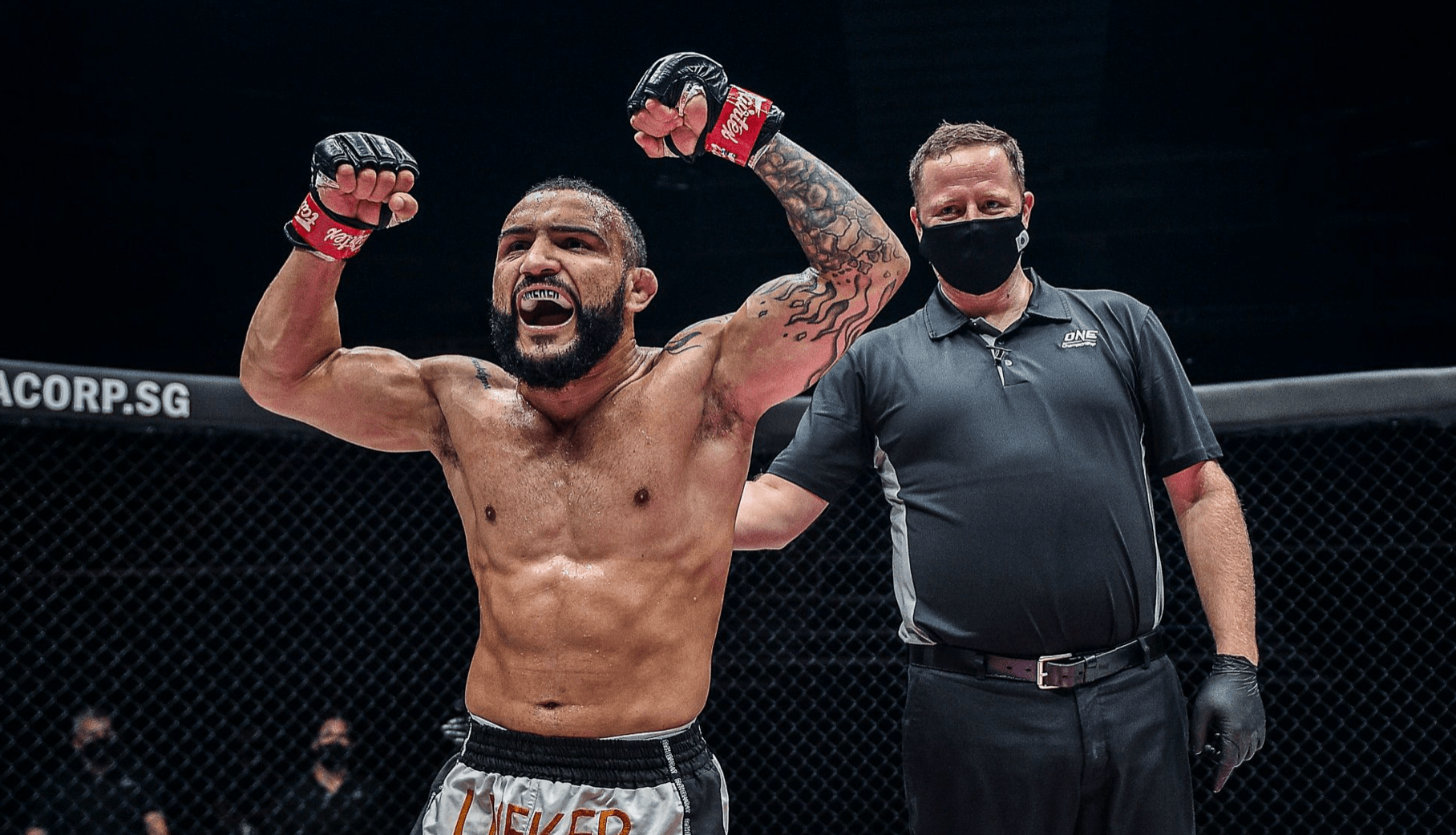 After making his debut at ONE: Dawn Of Valor in October 2019, John Lineker faced Kevin Belingon at ONE: Inside The Matrix 3, and made a huge statement by becoming the first man to knockout ‘The Silencer’.

Lineker now has his sights set on the ONE bantamweight champion Bibiano Fernandes, and believes that he deserves a shot at the title, after his dominant knockout of the number one ranked bantamweight. Speaking to MMA Fighting, ‘Hands of Stone’ said he knew his fight with Belingon wouldn’t go the distance.

“I always train really hard to get the knockout and it would be no different this time,” said Lineker. “I already expected a knockout because we’re both strikers, he’s also a tough athlete, but thank God I was the one that got the victory.”

“No One Left For Me To Fight”

Belingon was coming off an unsuccessful title fight against Fernandes a year ago at ONE: Century. Now 2-0 in ONE Championship, Lineker feels that he deserves a shot at the champion next.

“I believe that my next fight will be for the belt,” Lineker said. “I have a good name [in the sport] and I showed in the fight that I’m ready to fight for the title against Bibiano. That’s what I expect now. I beat the number in the rankings and there’s no one else left for me to fight except the champion.”

The 30 year old would be facing a different kind of opponent in Fernandes. While Lineker is a hard-hitting striker, his fellow Brazilian is a highly trained Brazilian jiu-jitsu specialist.

“I’d train my jiu-jitsu, work on my takedown defence, and go for the knockout,” said Lineker. “I do that in all of my fights, so… It would obviously be a very different game because one is a striker and the other would want the takedown, but I believe he would be forced to stand with me if I have a good takedown defence, and then I’d go for the knockout.”

A veteran of the UFC, Lineker narrowly missed out on challenging for titles in the promotion. With ONE, he finally has the opportunity to challenge for a world title. A win over a decorated opponent like Fernandes would make things even more satisfying for ‘Hands of Stone’.

Do you think John Lineker deserves the next title shot against Bibiano Fernandes for the ONE bantamweight championship?