John Lineker Set To Make His ONE Debut In Jakarta 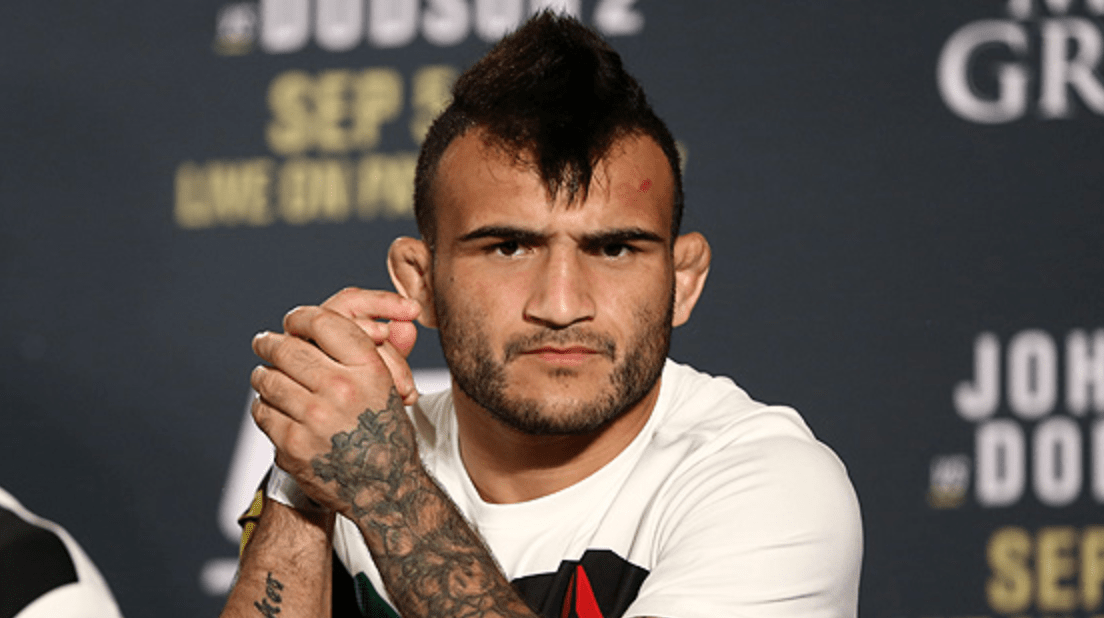 Earlier this month, John ‘Hands Of Stone’ Lineker was released by the UFC. Five days later, the Brazilian had signed with ONE Championship. And it looks like he already has an opponent lined up.

According to MMA DNA‘s Marcel Dorff, Lineker will make his debut against Muin ‘Takjik’ Gafurov at ONE: Dawn Of Valor, which goes down in Jakarta on October 25th.

Gafurov is coming off of a spectacular first round knockout of Leandro Issa, at ONE: Kingdom Of Heroes last October, in what was his return to the promotion after a four bout win streak in two different organisations. The 23 year old has a 15-2 record, with his only two losses coming in his first stint competing in ONE Championship, against Reece McLaren and Kevin Belingon.

Lineker has a 31-9 record and went 12-4 inside the UFC Octagon. After eight fights in the UFC flyweight division, the 29 year old moved up to bantamweight, having missed weight on several occasions. In his last UFC contest, he lost a close split decision to Cory Sandhagen at UFC Fort Lauderdale. His only other loss in the bantamweight division, came against the former champion, TJ Dillashaw.