Johnny Walker Says He Needs To Train His Celebrations More 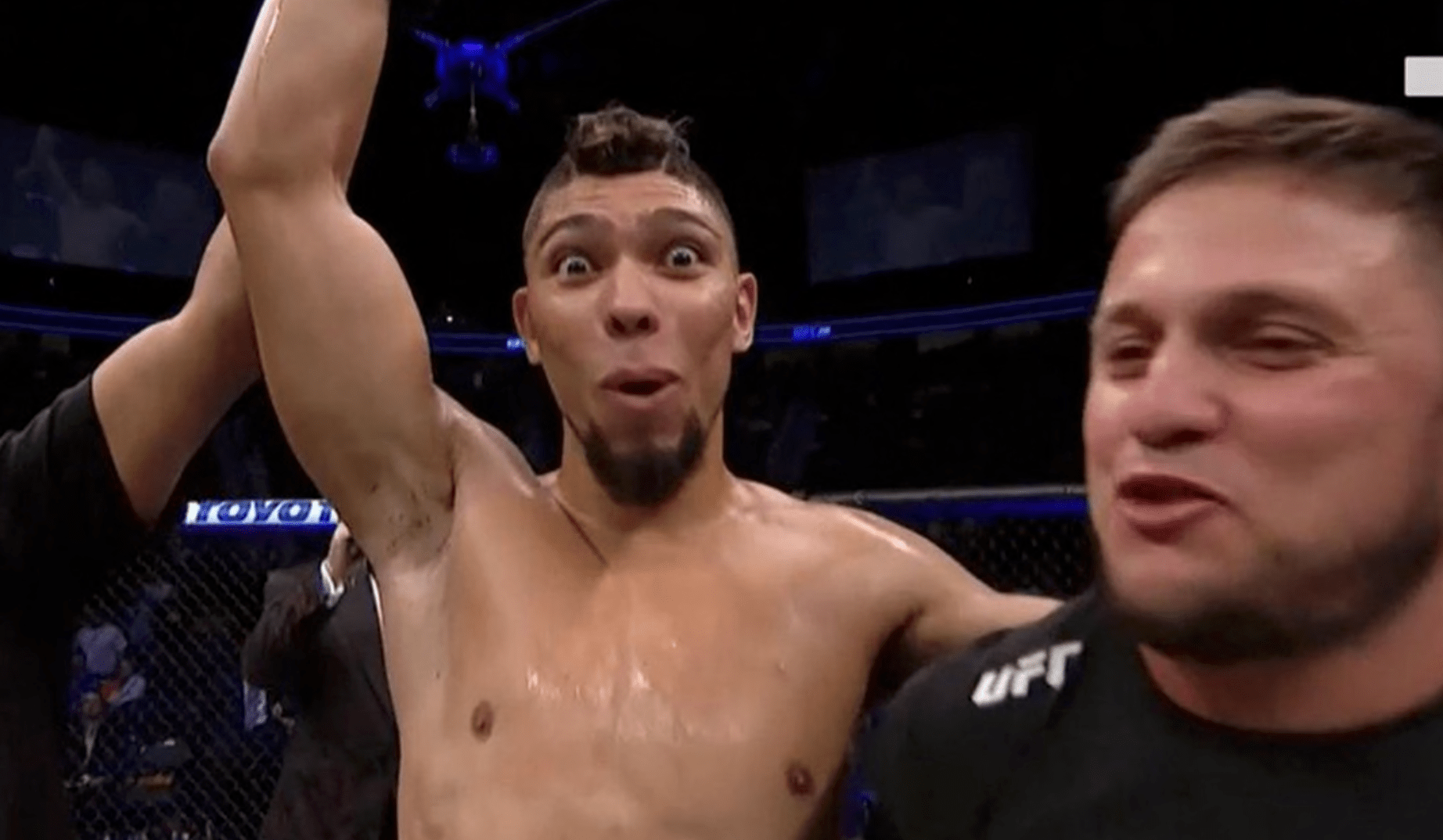 Not only is Johnny Walker making waves inside the UFC Octagon, his personality is shining bright, outside of it too.

Since making his UFC debut four months ago, Walker has fought three times, amassing a total of 2:48 of actual cage time. And he hasn’t fought nobodies either. His three Octagon wins have come over Khalil Rountree, Justin Ledet and most recently, Misha Cirkunov at this weekend’s UFC 235.

The Brazilian has blitzed his way through his opponents so convincingly, the biggest injury he has suffered inside the Octagon to date, is the dislocated shoulder he experienced, celebrating his win over Cirkunov at UFC 235. Which he addressed, when talking to the media, following the win.

Despite the injury, the 26 year old who trains out of Phuket, Thailand, said he’s still ready to take on anyone, anywhere, anytime.

“The shoulder injury is no big deal, I can fight with one arm, it’s no problem for me. Anyone, anywhere, anytime, just send me location.”

With his abilities inside the cage and his likeability outside of the cage, there’s no doubt big things await for Walker.

Who would you like to see Walker fight next?