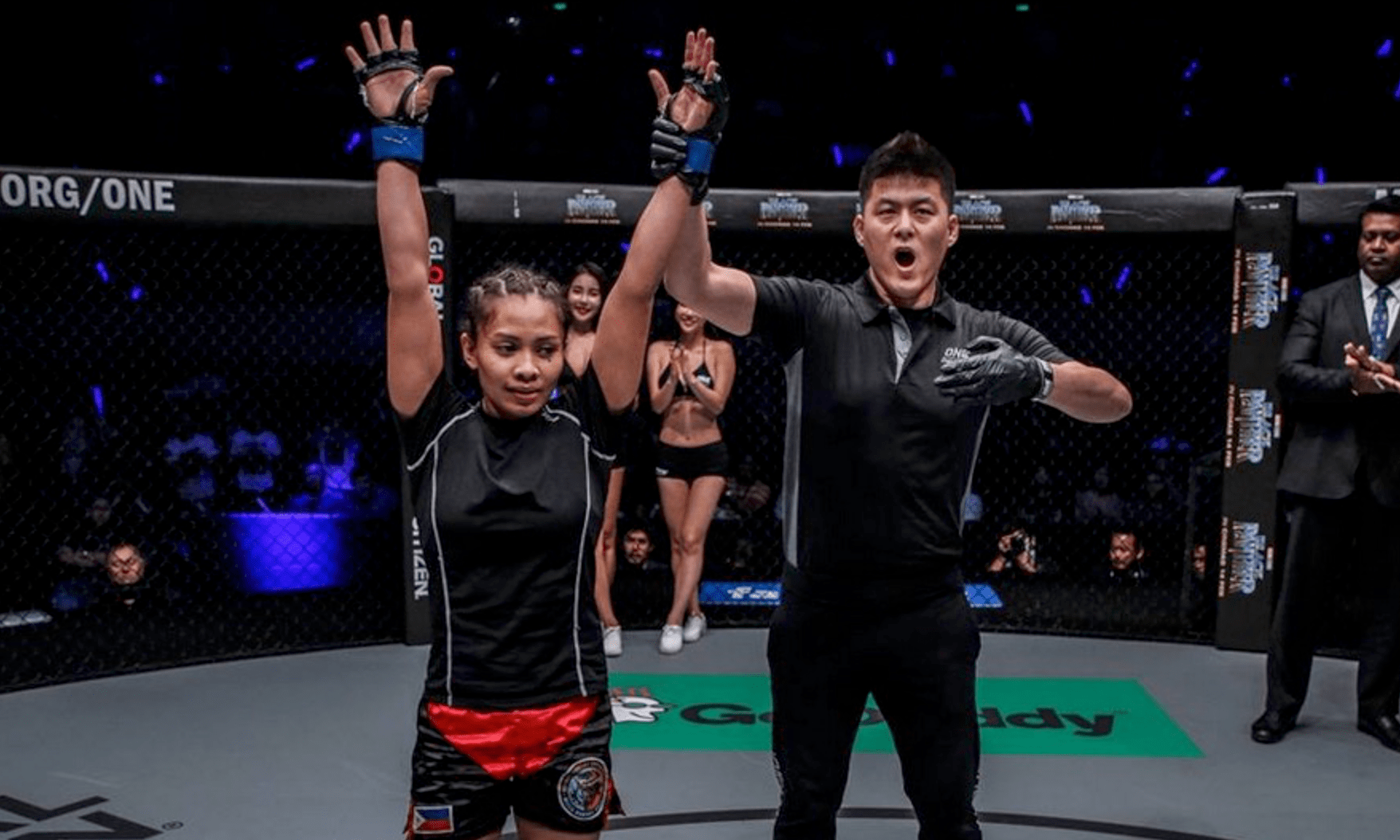 Jomary “The Zamboanginian Fighter” Torres is highly-determined to get back to the winner’s circle at ONE: MASTERS OF DESTINY on July 12th against Malaysian hometown hero Jihin “Shadow Cat” Radzuan.

Victory has evaded Torres recently, with the Filipina having dropped three straight bouts to Priscilla Hertati Lumban Gaol, Mei Yamaguchi, and Lin Heqin. But instead of sulking in defeat, “The Zamboanginian Fighter” has chosen to take each experience as a lesson. As such, Torres feels well-prepared to face Radzuan, even in front of her fans at the Axiata Arena in Kuala Lumpur.

“It will be a good fight. Jihin is a good fighter. She’s strong and skilled. Both of us are hungry to win. I will give my best in this fight.”

Torres’ resolve will be out to the test against “Shadow Cat”. Radzuan began her mixed martial arts stint on fire, finding success through her first four professional bouts until she ran into Team Lakay’s Gina Iniong.

Despite Radzuan’s immense talent however, Torres believes that her hard work and trust in her team will result in an upset in Radzuan’s hometown.

“Jihin is strong and very well-rounded. She can strike and she can take the fight to the ground. I have to be at my very best if I am to take the victory. My team and I have prepared well for this fight. Every fighter has holes in their game. There is no perfect fighter. There is always a weakness. We’ve studied her and we have prepared a good game plan. Now it’s just time to execute.”

The 23-year-old, under the guidance of ONE veteran Rene Catalan, is training non-stop for one of the most important bouts of her career. Torres will be coming in determined and focused to take the victory at the end of the night.

“I want everyone to know I am always hungry and determined to win. Each time I step into the cage, I am looking for victory. I want to bring honour and glory to my country.”