UFC: Jon Anik Explains What Jake Paul Needs To Do To Earn His Respect 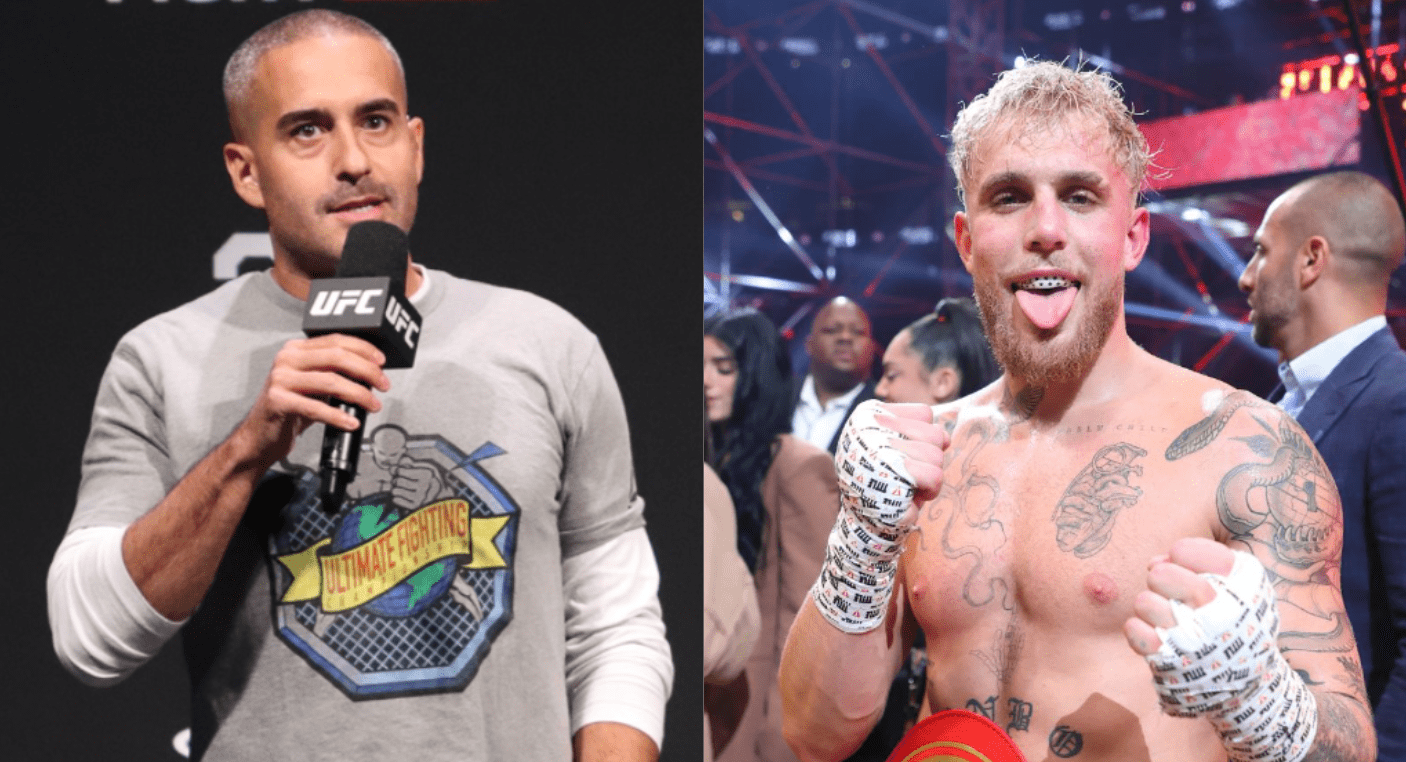 UFC play-by-play commentator Jon Anik, says Jake Paul is doing a good job of marketing himself, but says he’s still not sold on him yet.

UFC 261 will go down in history for many reasons. From title fights ending in spectacular knockouts, to gruesome injuries, to Octagon-side drama between Paul and Daniel Cormier, the event was a spectacle for the capacity crowd at the VyStar Veterans Memorial Arena in Jacksonville, Florida.

Paul has called out a whole host of MMA fighters since he beat Nate Robinson last November, but he upped the ante after knocking out Ben Askren in the first round of their Triller main event earlier this month.

‘The Problem Child’ also tried to talk smack to Cormier, who was having none of it. After the prelims concluded at UFC 261, the former two division UFC champion left the commentary booth to confront Paul, who was in attendance. Speaking to MMA Fighting, Anik said that he understands why ‘DC’ decided to do so.

“So, if memory serves me correctly, our producer gave DC 120 seconds to settle his business,” Anik said. “Daniel Cormier’s a fighter and, as I’ve texted DC, I like when his Louisiana comes out. It’s an interesting thing because I respect Jake Paul the professional boxer. I would like to see him boxing boxers and not the worst strikers in MMA history, per se, to do something competitive.

“But I’m not surprised Daniel Cormier wants to stand his ground and you’re not going to just inject DC’s name into the mix without consequences. I think he felt at peace after his conversation because he came back to the broadcast booth and not a bead of sweat on his forehead. He said his piece and felt like he needed to do that to clear the air.”

Anik thinks Paul is doing a great job of marketing himself, but he also thinks that he would be more interested in the 24 year old if he were to fight someone with legitimate boxing skills.

“I can understand why some of these mixed martial arts athletes feel the way they do about the way some things are happening in combat sports these days,” Anik explained. “I’m in the business where we have a lot of developing fighters in the UFC, who come in 3-0, 3-1, and I respect those fighters that are maybe number 650 on the roster that arguably shouldn’t be here right now, but is getting a short notice opportunity.

“For Jake Paul, power to you, man. Make your money. If you don’t like his attitude, I can understand why he isn’t your cup of tea. I’m just asking him not to pluck the worst strikers in UFC history. I mean, is Royce Gracie and Demian Maia gonna be next? You know what I mean? Go fight a striker. If you want to fight a mixed martial artist, go fight a striker. I am interested in Jake Paul so far as him fighting somebody that is actually focused on the discipline that he is focused on.

The 42 year old Bostonian compared Paul to Colby Covington, who’s otherwise a good person, but who also plays the bad guy to promote himself. The YouTuber needs to prove himself against legitimate competitors to earn Anik’s respect however.

“With Jake Paul, people don’t want to lean into anything positive. I’m not afraid to do that. Just don’t fight Ben Askren and we’re good.”

Do you agree with Jon Anik’s comments on Jake Paul?