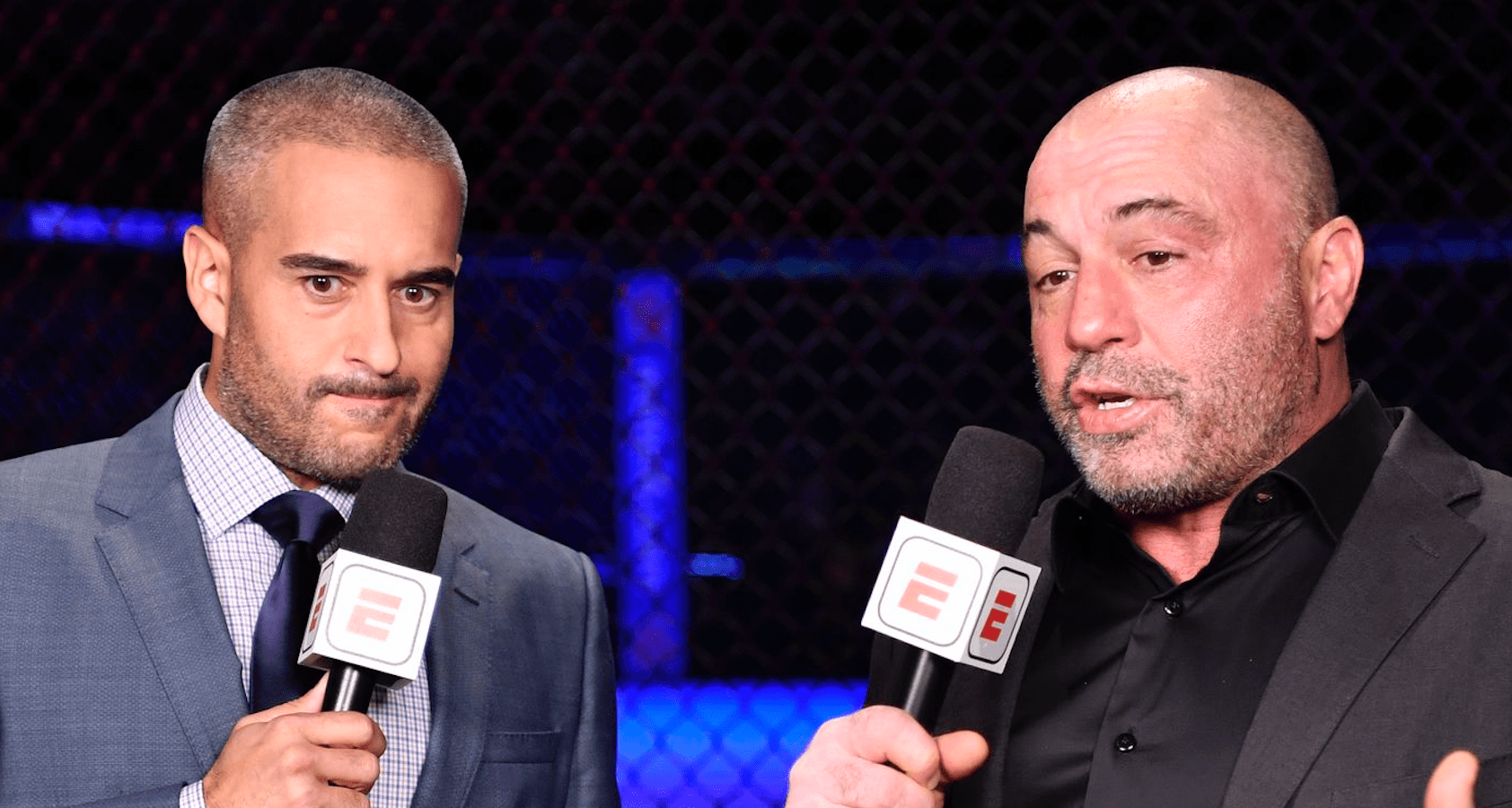 Jon Anik believes that the UFC wouldn’t be the same without Joe Rogan. The long time commentator started his journey with the promotion in 1997 as a post-fight interviewer, before being promoted to colour commentator alongside Mike Goldberg five years later.

Over the past few months however, Rogan has come under fire for his commentary by some part of the MMA community. Most recently during the UFC 258 main event between Jan Blachowicz and Israel Adesanya, the 53-year-old and Daniel Cormier were heavily criticised by fighters and fans alike for being biased towards ‘The Last Stylebender’.

Some fans also went as far as saying that Rogan should retire from his role as a UFC colour commentator.

Speaking to the media at the UFC 261 weigh-ins (as transcribed by MMA Junkie) however, Anik said that Rogan, who will be calling the fights this weekend along side Cormier and himself, is an integral part of the promotion and isn’t going anywhere, anytime soon.

“It feels much bigger when he’s there, there’s no doubt about it,” Anik said. “He brings a special dynamic to our broadcast booth that I’m not really sure anybody else can bring. There are a lot of these guys that are comedic, but he is the total package. There’s no doubt about it. I think he’s going to outlast me, though.

“There are rumblings, ‘Oh, Rogan’s got one foot out the door.’ He’s doing our domestic pay-per-views right now. He hasn’t travelled internationally as long as I’ve been doing the pay-per-views, but I don’t think he’s going anywhere. That’s not informed speculation, but I wouldn’t be surprised if he outlasts me, to be honest with you.”

After a year of social distancing, the commentary team will again sit next to each other at UFC 261. For Anik, that’s the most exciting part of the show.

“I think that’s the most exciting thing for me is to be able to have my broadcast partners right there,” Anik said. “If I need to get a promo in, I can actually touch Joe Rogan’s arm instead of having to rely on the truck to cut their mics or get them to lay out.”

Do you agree with Jon Anik’s comments on Joe Rogan?