Jon Jones And Thiago Santos Get Into War Of Words 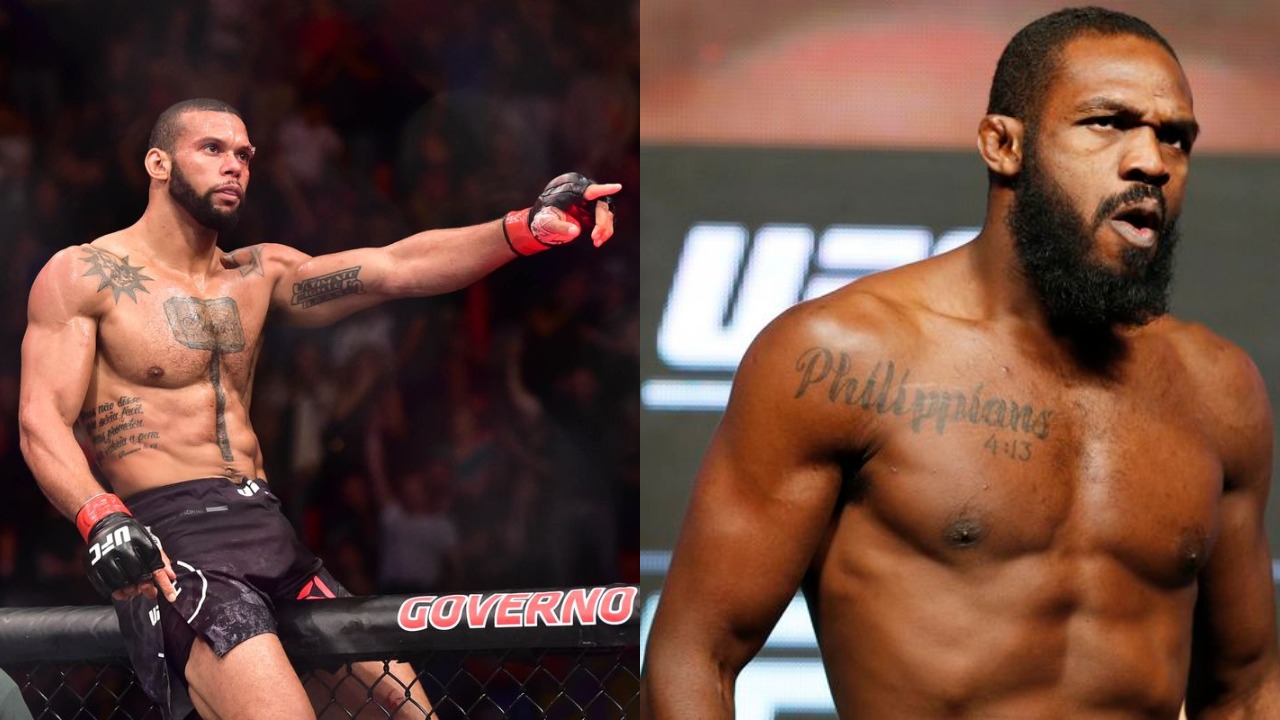 Jon Jones will next face Thiago Santos for the UFC Light Heavyweight Championship at UFC 239, and the rivalry between the two has piqued at the right time. The flash-point happened when Thiago Santos ripped into Jon Jones, calling him a drunk and a ‘roider’ in a recenter interview with Combate.

“I’m not bothered by it (the controversy around Jones)”, Santos said (via BloodyElbow). “It’s karma, he’ll have to live with it. He will be remembered as a roider, a guy who drives while drunk. That’s his business. I have to be remembered for not doing those things. It’s his life. If that’s how he wants to live his life, that’s his problem. It doesn’t bother me. It’s like I said, you can’t argue about his talent inside the Octagon, but outside of it, unfortunately he’s not a good role model. That’s what I think.”

“The thing I fear the most is him stirring up some sh-t before the event and the fight falls through,” Santos said. “That’s my biggest fear, him messing up and the fight doesn’t happen. What we want is this fight. This picogram keeps coming up and nothing happens. Am I going to go against the grain? I’ll fight him and beat him.”

Jon, who doesn’t usually sit by idly when someone throws a barb at him, recently took to social media to fire back at Santos.

“I’ve shown my opponent nothing but respect yet today’s headlines are of him talking shit”, Jon Jones wrote on Twitter. “95% of my opponents insult my personal life before the fight, 100% of them end up losing the fight. Who’s ready for July 6?”

When a fan responded by saying Santos was afraid of Jon Jones, “Bones” said that it was just an insurance for when he loses.

“I don’t think he’s nervous, it’s just his way of winning some type of moral victory over me. It’s his insurance for when he loses, at least he’ll be known as a good guy.”

We’ve got a fight on July 6th!