Jon Jones’ Coach Says A Move To Heavyweight Would Be Permanent 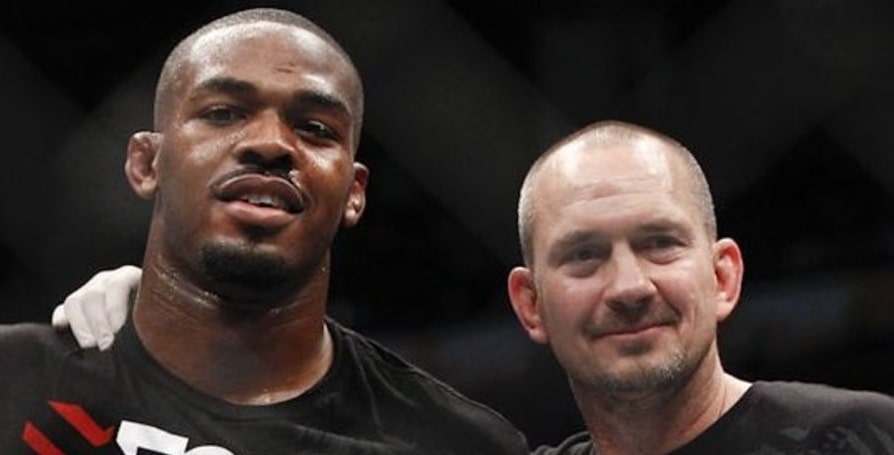 Winkeljohn recently confirmed that Jones was serious about vacating his light heavyweight title, in the wake of his failed superfight negotiations with he UFC. However, speaking to BJPenn.com, he revealed that the champion still wants the Ngannou fight.

“Jon wants Ngannou and he wants to be paid for it. I want what Jon wants and when he fights, I’m on his team. If that is what Jon wants, I’ll train him every day to help him get the win.”

Some betting agencies listed Jones as the underdog when rumours of the heavyweight move began. But Jackson explained why these predictions are unjustified.

“Jon wins that fight. He is the smarter fighter and we know what he has and he is tremendous at what he does. With that being said, Jon does take a good shot but hopefully, he wouldn’t eat one of Ngannou’s. Jon is much better in the clinch, in the wrestling, and in the kicking game. Punching range, Ngannou throws bricks. But, Jon is the most intelligent fighter so he would rise to the occasion and be victorious.”

Continuing, Winkeljohn confirmed that a move to heavyweight would be permenant for the UFC’s top pound-for-pound athlete.

“I don’t know, I think we would get enough weight on that it would be the start of his heavyweight run. Once he gets the money at that level and cutting back down to 205 [pounds] it would have to be for a money fight for that. Once he puts the weight on it would be heavyweight from then on.”

Do you think we’ll see Jon Jones permanently move up to heavyweight?