Jon Jones Or DJ, Joe Rogan Has His Say On Who’s The GOAT 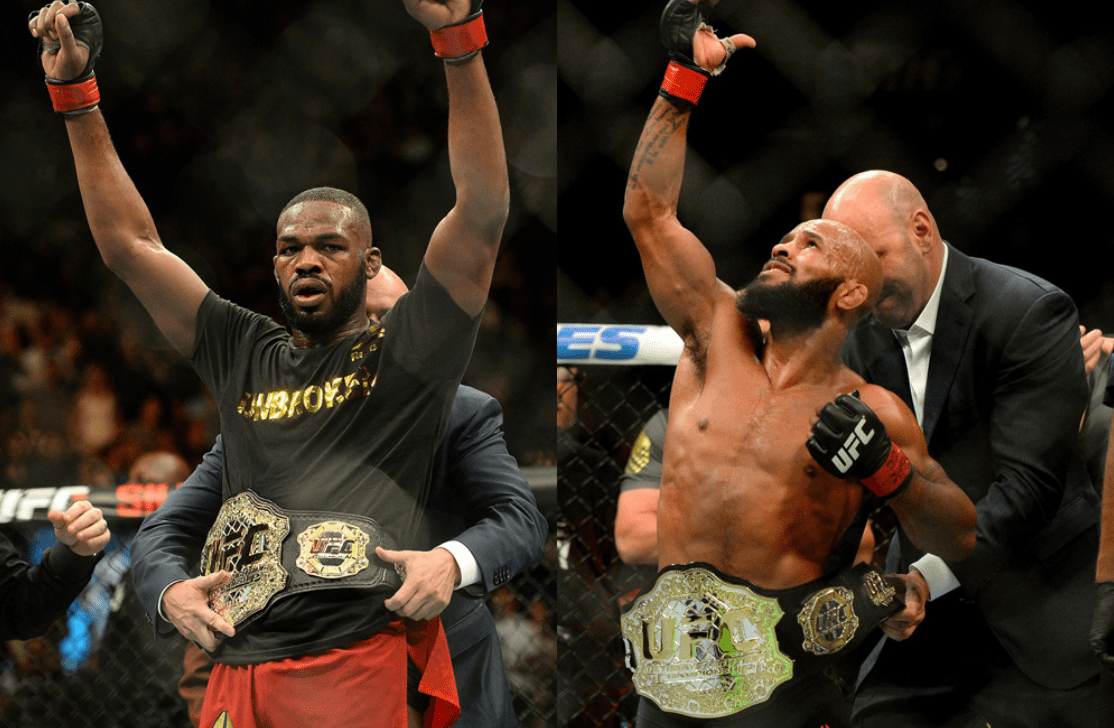 Talk of who is the greatest of all time is obviously subjective but two names who are widely considered to be the GOAT by many MMA fans, are Jon Jones and Demetrious Johnson.

On the latest episode of The Joe Rogan Podcast, Joe and his guest Din Thomas discussed this very topic. This is what Rogan had to say on the matter (as transcribed by BJPenn.com).

“Here’s what’s disappointing to me, that for whatever reason, Mighty Mouse never became a giant superstar. That confused the shit out of me. When he took Ray Borg and suplexed him and caught him with an armbar on the way down. I was like what the f*** does this guy have to do to become a superstar. I mean his skill level is off the chart. He doesn’t get hit. He’s a dazzling fighter. He puts on shows.

“[Johnson is] the best ever. He’s the best, physically, ever. The only thing that keeps him from being thought of as universally the greatest of all time is Jon Jones.

“Jon Jones has been able to beat better guys. Jon Jones fights a better caliber of competition because the 205 pound weight class, at least at one point in time, had a deeper talent pool.”

Who do you think the GOAT is?