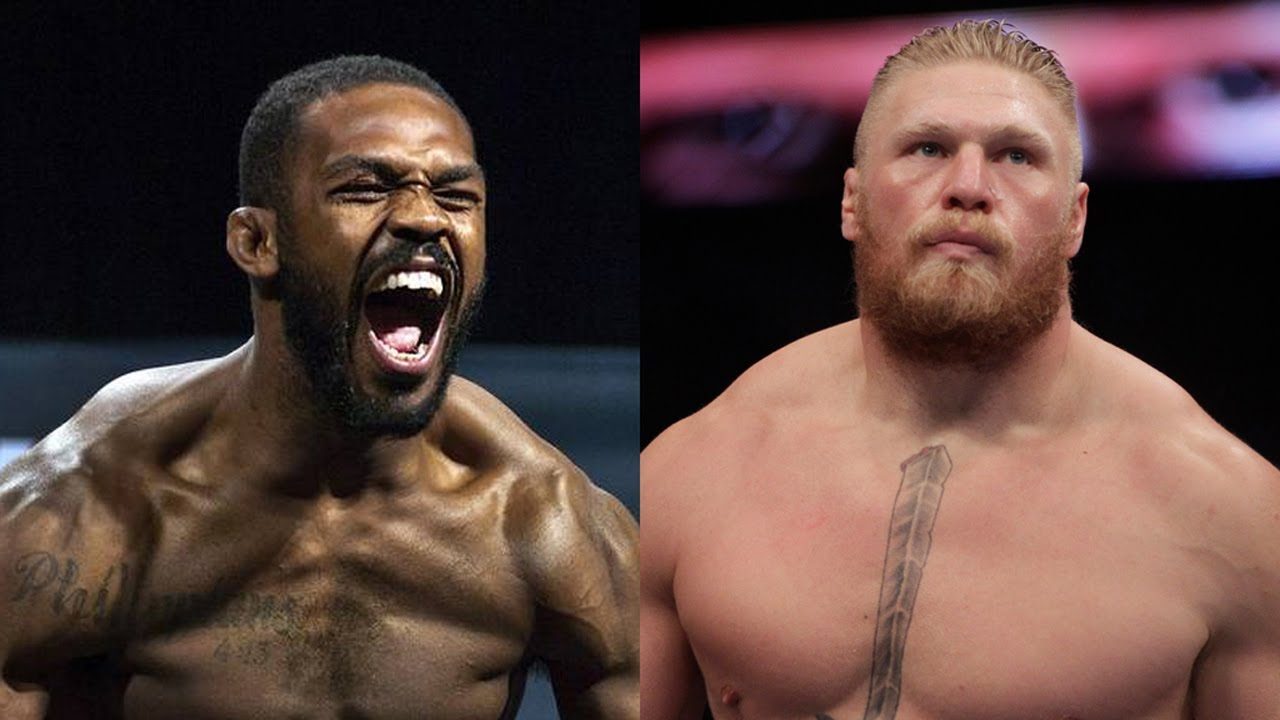 Jon Jones and Brock Lesnar was touted as a potential dream fight not too long ago. With Lesnar planning to return to the UFC late last year and even confronting Daniel Cormier, many thought we’d see the former champion in the UFC soon. Lesnar even dropped the Universal Championship during the discussion, leading many to speculate that his return wasn’t too far away.

It was during this time that even Jon Jones talked about potentially fighting Lesnar. The current UFC Light Heavyweight Champion has been toying with the idea of moving up a weight class and fighting at heavyweight. While a third fight with Daniel Cormier, or potentially facing Stipe Miocic were enticing for Jon, a showdown with Lesnar was also an intriguing prospect.

However, Brock then announced his retirement from MMA, and all of those plans fell apart. Jones continued to fight in the light heavyweight division, while DC granted Stipe his rematch at UFC 241 — a fight Cormier lost this past weekend.

While many have forgotten the once dream fight, ESPN’s Ariel Helwani recently spoke with WWE Hall of Famer Kurt Angle. Kurt at one point was serious about joining the UFC, but that move never materialised. Being good friends with Lesnar also gives Angle a deeper insight into what Lesnar is thinking.

“I know he said that he (Lesnar) is retired”, Kurt said on Helwani’s MMA Show. “The one fight he wants, and I don’t know if that’s ever going to happen, but he wants to go up against Jon Jones.”

“Bones” then took to Twitter to react to Angle’s statement.

“Brock is way too slow”, Jon tweeted. “I’d embarrass him.”