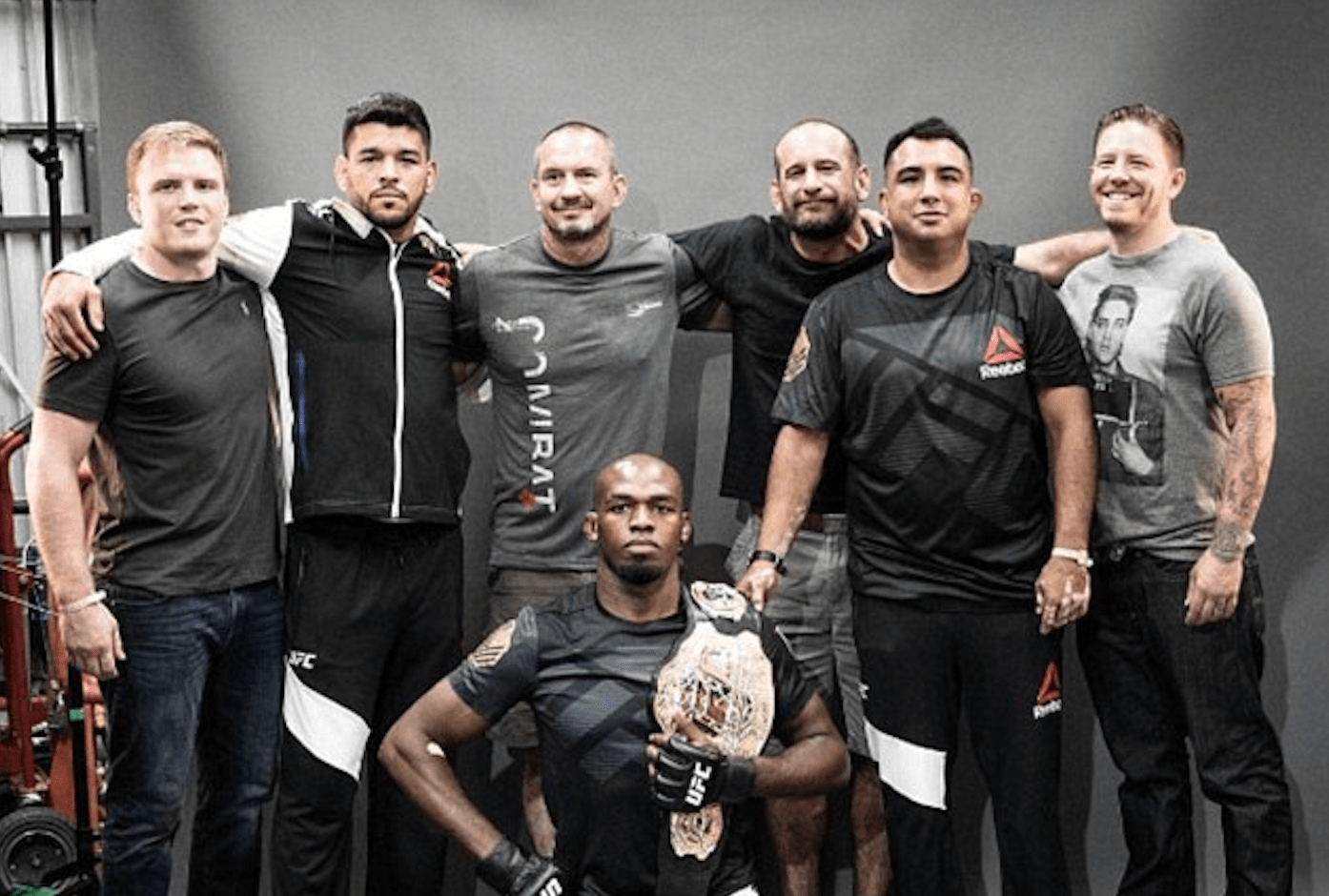 Former UFC light heavyweight champion Jon Jones is expected to make his heavyweight debut with the promotion in 2021, and his coaches see no reason why he won’t dominate his new weight class.

Jones relinquished his 205lbs title in August, making way for Jan Blachowicz to beat Dominick Reyes for the vacant title at UFC 253 in September. ‘Bones’ has not competed since defending his light heavyweight title against ‘The Devastator’ at UFC 247 in February, and is taking his time to make his move up to heavyweight.

There was some confusion regarding his fighting future earlier this year, but the 32 year old met Dana White earlier this month to clear the way for his next move.

Heavyweight Move Not A Problem

Speaking to MMA Fighting, Jones’ coach Brandon Gibson said that he may be new to the heavyweight division, but he already has enough experience training with heavyweights at Jackson Wink MMA Academy that he won’t have any problems in his new weight class.

“Heavyweight’s a different animal, but Jon’s spent a lot of his career training with some of the best heavyweights in the world,” Gibson said. “I’ve seen Jon do hundreds of rounds with guys like [Alistair] Overeem and [Andrei] Arlovski and Travis Browne. We’ve had a plethora of great heavyweights come through Jackson’s, and Jon has been Jon Jones with all of them.

“Jon’s skill level is so high, his fight IQ is so high, that I don’t think somebody having a 20-pound advantage over Jon is going to make that much of a difference. He’s just such a skilled martial artist. I think the weight class intrigues Jon.”

A move up to heavyweight means putting on some extra muscle to go up against the bigger guys in the division. But coach Mike Winkeljohn believes that Jones has several advantages over his peers, which are going to pave the way for his success.

“You’re not just going up a division, you might be going up by like 50 pounds sometimes,” Winkeljohn said. “These guys are big. It’s not like going up 15 pounds like everybody else. It can be a big jump. So that makes a big difference.

“Jon has always done very well [against heavyweights]. He’s always had the ability to change up things and as far as fight IQ, Jon’s that guy. If he’s fighting a guy like Andrei Arlovski with a big overhand, he knows how to nullify it. If he’s fighting a guy like Alistair Overeem, who throws a big hook into a knee to the body, he knows how to avoid that. He’s very good at reading a fighter and knowing what the fighter’s going to do, sometimes before the fighter even knows himself.”

Jones has competed at light heavyweight throughout his career, remaining unbeaten. Other than a controversial disqualification loss to Matt Hamill eleven years ago. When he moves up to heavyweight next year, Winkeljohn is confident that his man will continue his dominance.

“He’s wiped out a division, so it makes sense [to go to heavyweight],” Winkeljohn said. “I put money on Jon going to heavyweight and dominating there, too.

How do you rate Jon Jones’ chances in the UFC heavyweight division?