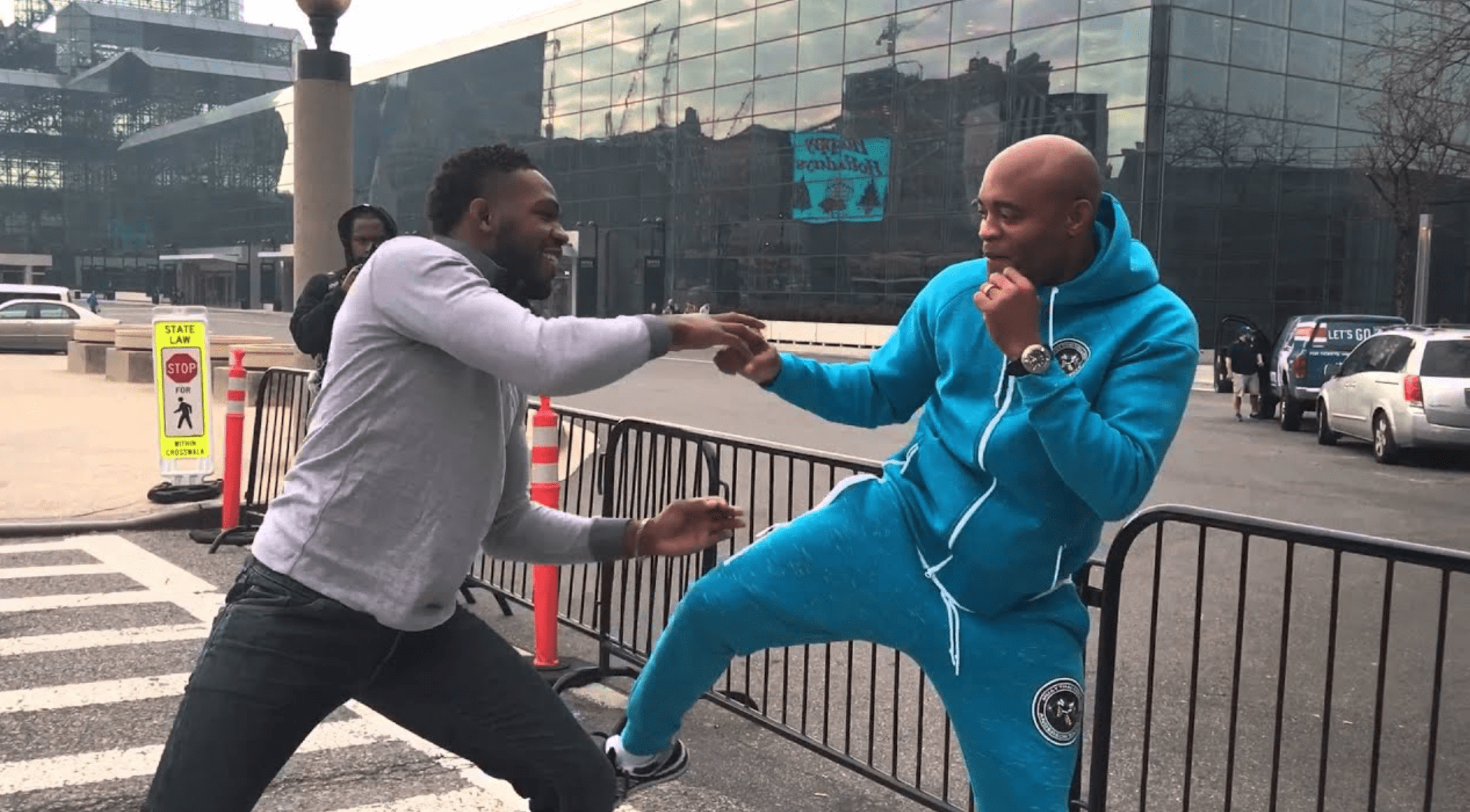 The mutual respect between Jon Jones and Anderson Silva continues to grow. The two have never shied away from showing the admiration for each other. In a recent interview with MMA Junkie, Jones said that Silva’s recent performance against Israel Adesanya at UFC 234, ‘proved his greatness’.

“That loss against Israel I think was great for his stock. As an Anderson Silva fan, would I like to see him get his hand raised? Absolutely. But hats off to Israel for being so exciting and keeping the fans excited and having his own torch.

“As an Anderson Silva fan, that’s exactly what we want to see. That was so beautiful. I’m so proud of him.

“I’m so proud of Anderson in his last fight. He did so well. I am so proud of him. He has nothing to be ashamed about. He went against a young, hungry challenger, and he just proved his greatness. That performance, to me, was nothing short of great.

“To go in a stand-up battle against Israel at Anderson’s age and with the injury he experienced, that just proves his greatness. He’s amazing.

“He’s just amazing. He continues to prove it.”