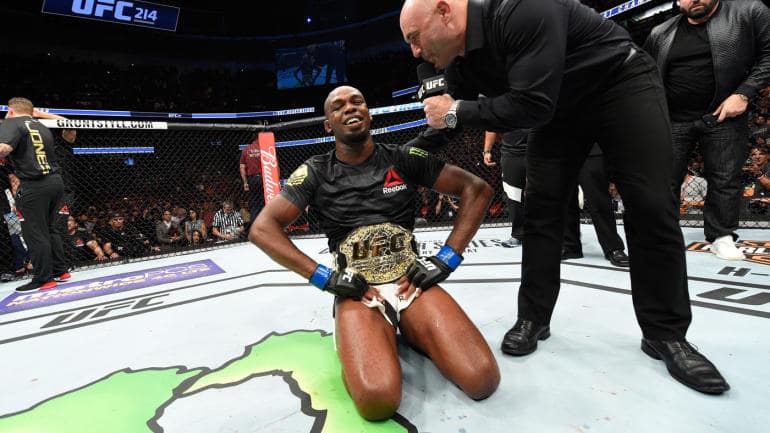 It would seem that Jon Jones has never been so focused. And the current UFC light heavyweight champion is more determined than ever, to leave the sport with no doubt that he is the greatest of all time. So much so, that while speaking to TMZ Sports ahead of his title defence against Anthony Smith this weekend at UFC 235, Jones said he wants to finish his career with a 50-0 record.

Going 50-0 would certainly make it very difficult to argue that he is the GOAT. Although Floyd Mayweather retired (his most recent retirement) at 50-0, it is a feat never done in MMA before and rarely done in combat sports.

Jones also has a sizeable obstacle in the way, in that he already has a loss to his name. Albeit a controversial loss. A 22 year old Jones was disqualified against Matt Hamill in December of 2009, for illegal elbows. These were for 12 to 6 elbows in a fight that Jones was dominating and of the way to a certain victory.

Jones’ official record currently stands at 23 wins, 1 loss and 1 no contest. The no contest coming from his second fight with Daniel Cormier, following his failed USADA drug test.

During the interview, Jones also said what it would take him to fight Daniel Cormier at heavyweight.

UFC 235 goes down this weekend at the T-Mobile arena, in Las Vegas. It will be the quickest turn around in Jones’ career, after he fought at UFC 232, since he fought at UFC 126 and UFC 128.

Do you think Jones can reach 50 wins in his career, before hanging up his gloves?