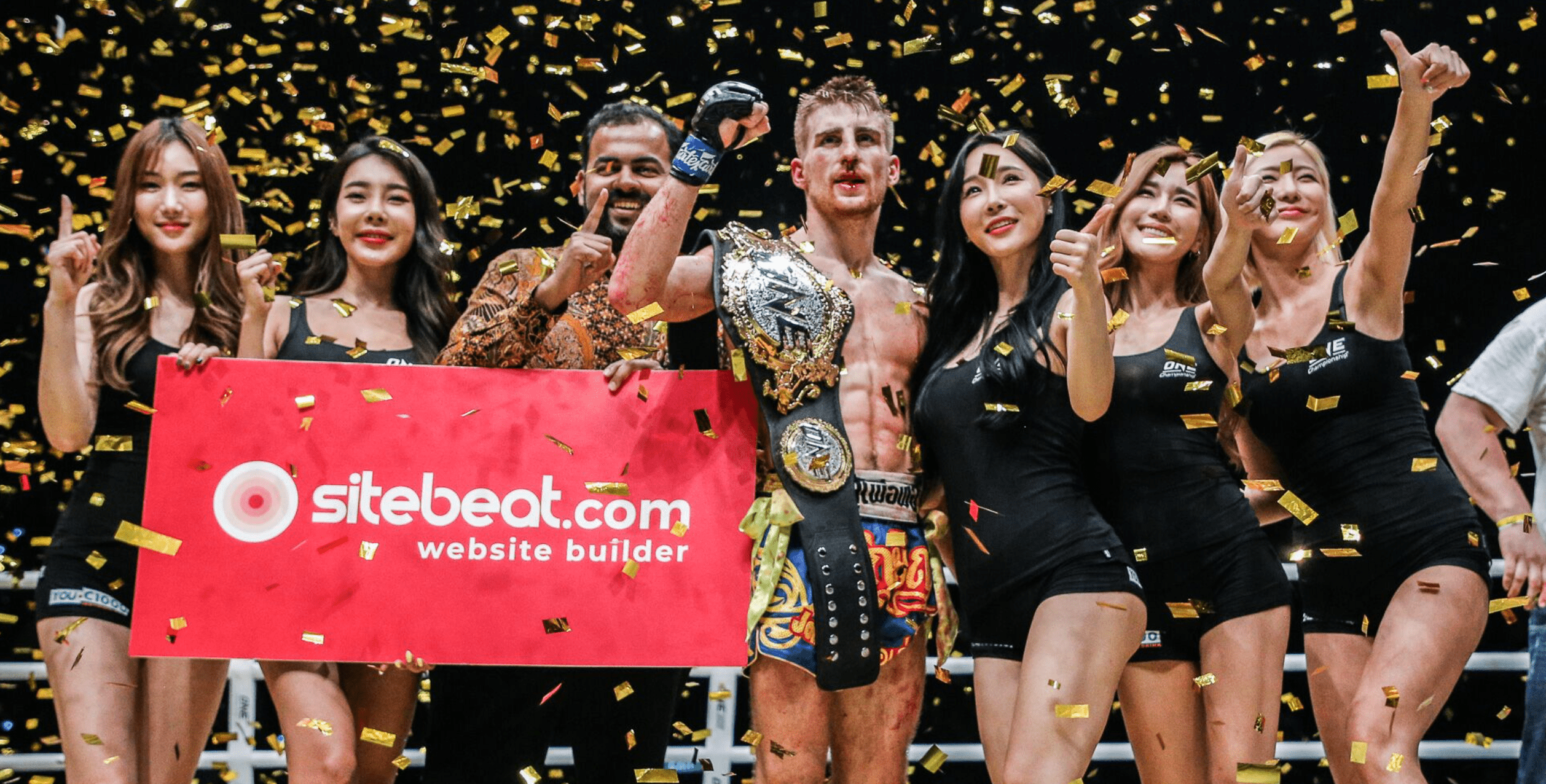 ONE Championship put together another spectacular event at the Istora Senayan. The bustling Indonesian capital of Jakarta played host to ONE: FOR HONOR, which featured the absolute best in local and international martial arts talent. In the main event, England’s Jonathan Haggerty scored a huge upset, capturing the ONE Flyweight Muay Thai World Championship with a unanimous decision victory over Sam-A Gaiyanghadao.

In an exciting main event at ONE: FOR HONOR, England’s Jonathan “The General” Haggerty scored two knockdowns en route to a unanimous decision victory over Muay Thai legend Sam-A Gaiyanghadao in a close contest. The two striking superstars immediately engaged in a back-and-forth war of attrition from the very first round, tagging each other with powerful combinations. A left jab in the third round dropped Sam-A, as did another left jab in the fifth round. The action was fierce and intense all throughout the contest. In the end all three judges scored the bout in favor of Haggerty who was crowned the new ONE Flyweight Muay Thai World Champion.

In the co-main event of the evening, Kyrgyzstan’s Kiamrian Abbasov spoiled the promotional debut of Japanese mixed martial arts legend Yushin “Thunder” Okami, stopping the welterweight standout in the second round with a plethora of strikes from the top. The first round saw Okami use his veteran savvy to keep Abbasov timid, but Abbasov made a huge adjustment by being more aggressive in the second. After sending Okami crashing to the canvas care of a straight right hand, Abbasov jumped all over him with punches to force the stoppage.

Former ONE Featherweight World Champion Marat “Cobra” Gafurov of Russia authored a dominant performance, outworking opponent Tetsuya Yamada of Japan across three rounds to win a wide unanimous decision. Gafurov spent the majority of the bout in top position, punishing Yamada with ground-and-pound as the Japanese martial artist tried his best to defend himself intelligently. In the end, the relentless pressure of Gafurov proved too much as the Russian stalwart walked away with all three of the judges’ favor.

In a ONE Super Series Bantamweight Muay Thai contest, Yodpanomrung “The Lightning Knee” Jitmuangnon of Thailand turned in a thrilling performance, stopping Tyler Hardcastle of Australia abruptly to end matters in the third and final round. All throughout the bout, Yodpanomrung appeared a step faster and a shade more powerful than Hardcastle, who put forth a valiant effort despite the loss. Collapsing to the canvas from a flying knee right to the midsection, Hardcastle could not beat the 10 count and the referee waved him off.

In a highly-anticipated women’s atomweight showdown, hometown heroine Priscilla Hertati Lumban Gaol put forth a monstrous effort, dominating Cambodian Kun Khmer World Champion Nou Srey Povover three rounds to score a unanimous decision win. Although Srey Pov came in with a feral appetite for victory, Lumban Gaol kept her composure and consistently mounted the pressure from start to finish. In the end, all three judges scored the bout in favor of the Indonesian.

Vietnamese-American featherweight contender Thanh Le made a successful ONE Championship debut, stopping Brazilian Jiu-Jitsu black belt Yusup “Maestro” Saadulaev of Russia in the second round with a well-placed knee. After experiencing great difficulty in dealing with Saadulaev’s grappling skills in the first round, Le knew he had to keep the bout standing in the second. A mere 12 seconds into the second stanza, and Le connected on the bout-ending maneuver to notch the exciting finish.

A fierce bantamweight showdown ensued between South Korea’s Dae Hwan “Ottogi” Kim and China’s Ayideng “The Kazakh Eagle” Jumayi. From the sound of the opening bell, the two warriors had no qualms about trading their most powerful combinations in close quarters. Kim, a former ONE World Title challenger, staggered Jumayi in the final minute of the first round with a right hook, and completed the finish with a pair of thunderous right uppercuts in the corner to earn the technical knockout victory.

ONE Championship promotional newcomer Ryogo “Kaitai” Takahashi of Japan walked away with a huge victory after stopping Malaysia’s Keanu Subba in the first round of a featherweight contest with a ferocious flurry. After a checked leg kick from Subba sent the Malaysian to the canvas, Takahashi followed his opponent and overpowered him on the ground with punches to earn the shockingly quick technical knockout.

Local stars Paul “The Great King” Lumihi and “The Terminator” Sunoto brought the Istora Senayan crowd to its feet with a spectacular showing. A patient and methodical Sunoto dominated the first round of action, as the elder Indonesian martial artist poured on the ground-and-pound early. Lumihi came alive in the second round, making the bout slightly more competitive. But in the third, Sunoto reversed the momentum, taking down Lumihi and punishing him from top position. All three judges scored the bout in favor of the veteran Sunoto.

In a ONE Super Series Bantamweight Muay Thai contest, Japan’s Kenta Yamada overcame a rough first round to put the pressure on opponent Deividas Danyla of Lithuania over the course of the three-round contest to come away with a split decision victory. Yamada found his range in the second round, tagging Danyla with lefts and rights. In the third round, Yamada pulled away ever so slightly, connecting on the cleaner more telling blows. In the end, two of the three judges scored the bout in favor of the former WBC Muay Thai Japan Champion.

Former ONE Cambodia Featherweight Grand Prix finalist Chan Rothana of Cambodia put together a scintillating performance, defeating Indonesian flyweight mixed martial arts champion Rudy “The Golden Boy” Agustian in front of the latter’s hometown crowd. The bout opened up with a spirited exchange of offense on the ground and on the feet. In the end however, it was Rothana who scored a huge technical knockout victory, overwhelming Agustian in the second round with strikes.

Scotland’s Andrew “Maddog Fairtex” Miller made a triumphant return to ONE Super Series, defeating Mohammed “Jordan Boy” Bin Mahmoud of Malaysia. In the first round, Miller scored a quick knockdown after catching a kick and then countering with a right hand that landed right on the chin of Mohammed. In the second round, Miller dropped Mohammed once again, this time with a leg kick. A dominant third round for the Scottish martial artist put the stamp on an incredible performance, as Miller walked away with a unanimous decision victory.

Strawweight standout Adrian “Papua Badboy” Mattheis of Indonesia quickly took apart Himanshu Kaushik of India, piling on the pressure from the sound of the opening bell with a good mix of striking and grappling. It wasn’t long until Kaushik would fold under the pressure, as Mattheis caught him in a rear naked choke and forced the tap.

Kicking off the action at ONE: FOR HONOR in Jakarta were local athletes “Black Ant” Guntur and Angelo “The Unicorn King” Bimoadji. As soon as the bell rang, Bimoadji immediately went for the takedown, sensing he had the advantage on the mat. He then looked to pass guard and slowly transitioned into dominant position. Once in full mount, Bimoadji transitioned into an armbar and forced the tap.


You can see the full results here: