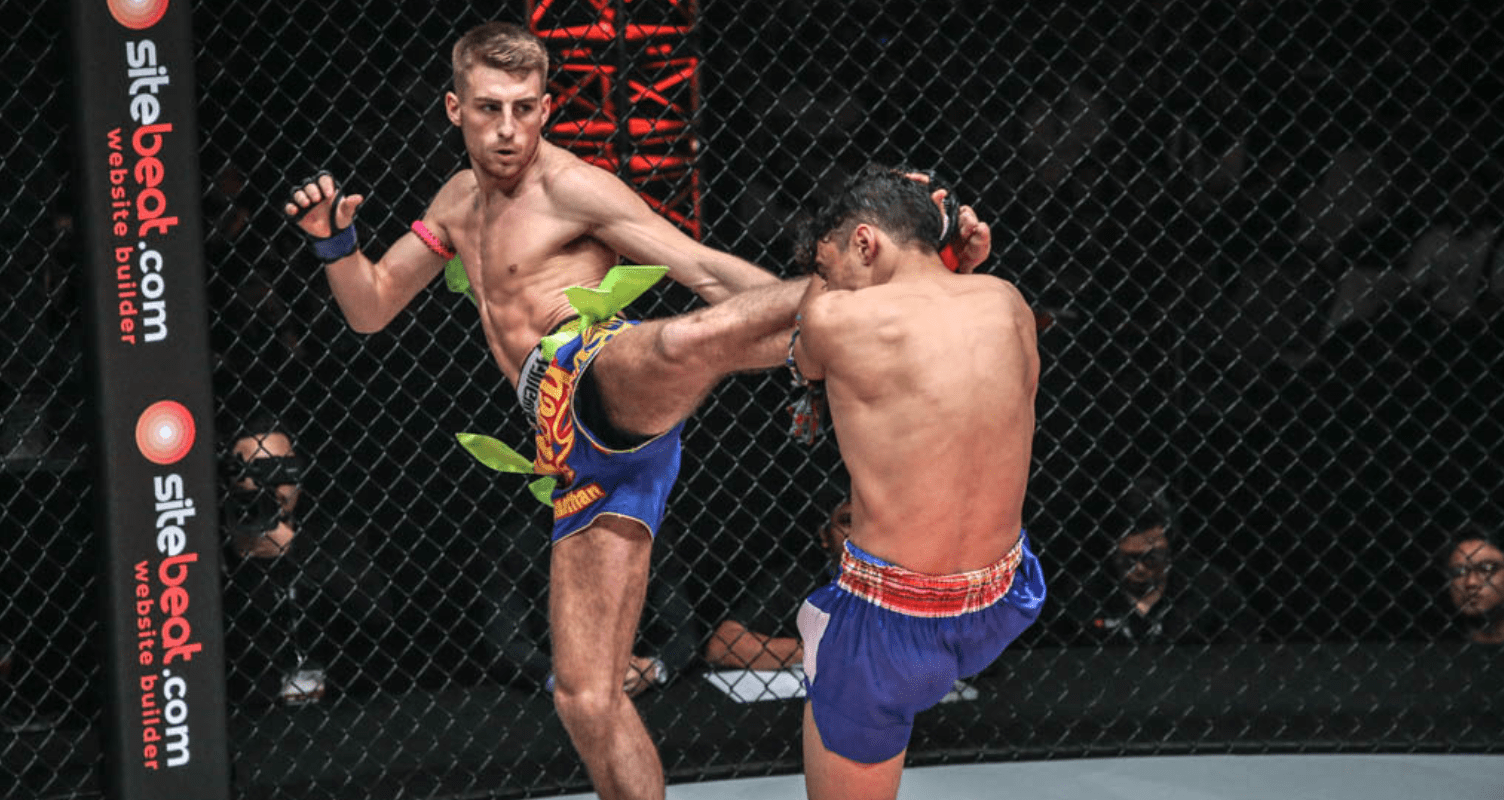 Jonathan Haggerty last fought at ONE: A New Tomorrow in January, where he came up short in his attempt to recapture the ONE flyweight Muay Thai title against Rodtang Jitmuangnon. This Friday night, he will be looking to get back to winning ways as he headlines ONE: Big Bang 2 against Taiki Naito.

As a result of the global coronavirus pandemic, Haggerty has found himself out of action for almost a year. In an exclusive interview with Asian Persuasion MMA, ‘The General’ said it was a difficult time for him, but he’s grateful to finally be able to compete again.

“It’s amazing,” said Haggerty. “Made it in one piece. Just thankful for ONE Championship for giving me this opportunity in this pandemic. This time is hard for everyone. I’m more than thankful.

“It’s been very challenging. Not being able to fight. I’m a professional athlete. But it just gave me a bit of time to reflect on things and build myself as a person. I’m ready to show everyone what’s been going on behind closed doors.”

During his time away from competition, Haggerty had the chance to re-evaluate certain aspects of his life. In particular, his two losses to Rodtang which he feels he learned so much from. The former champ says he will use them as a lesson when he fights Naito.

“The main thing I learned in those two fights [against Rodtang], were just don’t get too emotional. The first fight I thought I won. But it happens. The second fight I told myself not to get emotionally involved. You just can’t help it. When you’re fighting, you’re fighting with passion, you’re fighting with heart. You wanna beat fire with fire. I’ve learnt now just to have a game plan and not get involved too much.”

The 23 year old has also been keeping up with the ONE Championship events since he last competed. His rival Rodtang recently defended his title against Petchdam Petchyindee Academy at ONE: No Surrender, retaining his title via majority decision. Haggerty feels that the former title challenger would make a worthy opponent.

“I think this is something around the corner,” Haggerty said. “Everyone keeps asking. But yeah, he’s (Petchdam) a perfect opponent. I fight better against southpaws. I like to fight southpaws, and I think I’ll beat him.”

“It Will Be Done In One”

Haggerty’s opponent at ONE: Big Bang 2 is currently undefeated in ONE competition, and riding a four-fight winning streak. Naito most recently defeated Savvas Michael at ONE: Warrior’s Code in February. However, ‘The General’ feels that he can put an end to his winning streak.

“I think that he can be overpowered,” said Haggerty. “Mentally and physically, I’m gonna overpower him. I think he’s a really good counterstriker. He waits for you to overload like you saw with Savvas [Michael]. I thought Savvas should have won that one easily.

“Like I said, don’t get caught up in your emotions in fights. Just stick to your game plan. But this should be a good fight. It will be done in one [round].”

Come fight night, it will be Haggerty’s third time fighting in a ONE main event, but his first headliner without a title on the line.

“It’s crazy,” Haggerty said. “They keep sticking me on main events. I feel priveleged, especially when the people fighting on the undercard are amazing names. It’s amazing. Just call me Mr. Main Event.”

After his fight with Naito, Haggerty says he’s ready to take on all challengers in the ONE Super Series flyweight division. However, there are a couple of specific names that he would like to face, before getting revenge on the man who has beaten him twice.

“I’ll fight anyone as long as it’s a good position for me,” said Haggerty. “There’s a few names like Petchdam, obviously. There’s Petchdam and Superlek [Kiatmoo9]. They’re the main ones I really want to fight. I think one fight, get this knockout, get another knockout and then knock out Rodtang. And then I reckon go to MMA. I don’t mind kickboxing either. I’m adaptable and very eager to do whatever.”

Will Jonathan Haggerty get the win when he faces Taiki Naito at ONE: Big Bang 2?