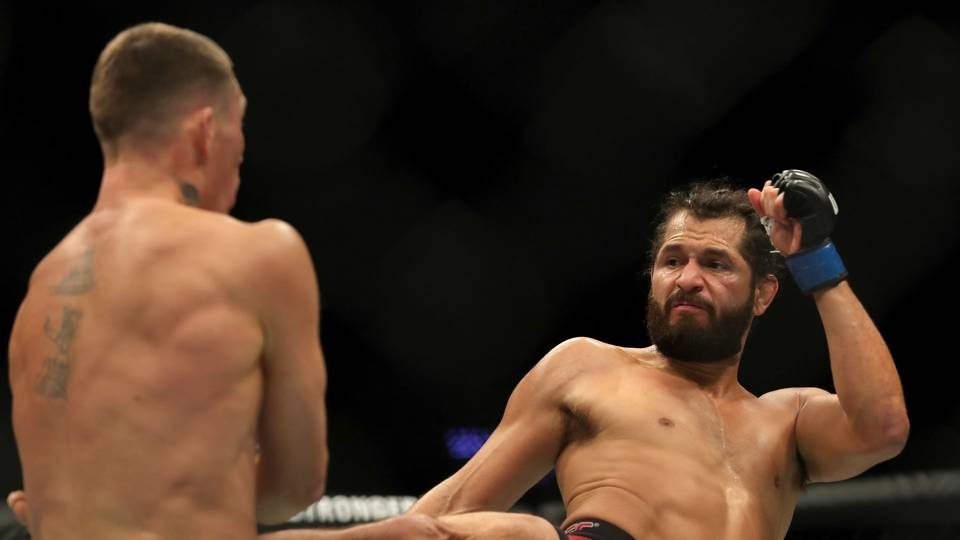 Jorge Masvidal and Nate Diaz will do something unprecedented at UFC 244. In a world filled with the toughest men and women on the planet, the two stars will fight for the title of “Baddest Motherf**ker”. And UFC President Dana White is reportedly even making a title for the winner.

And it now appears that Masvidal has a greater plan in mind. And that is to go after the WWE Superstars once he is done with Diaz inside MSG. Speaking with WWE Hall of Famer Booker T on the “Reality of Wrestling” podcast, “Gamebred” said he was coming after the WWE stars soon.

“I want you to tell me who the baddest mother(expletive) is over at the WWE, and that’s what’s next after this fight”, Jorge Masvidal said (transcript via MMA Junkie). “God willing, I get my hand raised on Nov. 2, God allows me to get this victory, I want to go over and challenge the baddest mother f’er in WWE, because I know there are some bad mother f’ers over there.”

Dana White started getting behind the fight, and even declared that he will be creating the “BMF” title for the winner. While a section of the fans loved the idea, not everyone was chuffed with White’s plans. Jorge Masvidal however asked the fans and critics to get behind the idea, and that the fight will attract a lot of fans’ attention worldwide.

“If the president of the company is making the belt, you can’t disagree”, Masvidal said. “The two baddest mother(expletive)’s on the planet throwing down, you know. The company, the president himself is saying (this). Of course you got to love it, you got to get behind it, and at the end of the day it’s a fight that everybody wants to see.”