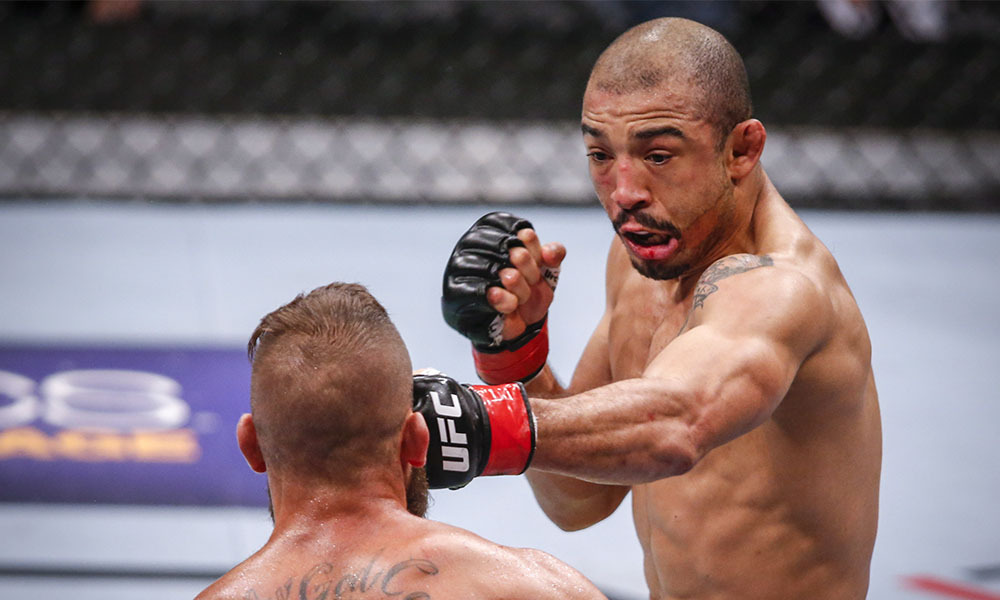 Former UFC Featherweight Champion Jose Aldo hasn’t had the best couple of years. From being considered the pound-for-pound ‘Greatest Of All Time’, Aldo has witnessed a sharp decline in his performances and fortunes. A 14-second KO loss to Conor McGregor kick-started the decline of one of the greatest MMA fighters in the modern era, while his back-to-back losses to Max Holloway took him further away from the title picture.

Jose Aldo has since announced his intentions to retire from MMA after the expiration of his current contract, and said he was eyeing boxing as his next potential challenge. Jose is scheduled to fight Renato Moicano in a pivotal showdown at UFC Fortaleza, and ‘Scarface’ recently talked about a few battles that never materialized.

It was rumoured last year that Aldo could face either ‘Wonderboy’ or Cerrone, but the fighters never signed the contracts.

“This fight was very close (to happening)”, Aldo said of his fight with Cerrone (via MMA Fighting). “They offered it to us and I was really happy because we’re both aggressive fighters and it would be a big fight, but the discussion has taken another path now, he’s trying to fight Conor (McGregor) and I don’t see how this fight happens now.”

“But (Anthony) Pettis would be an excellent opponent”, he continued. “We were close to fighting twice before and didn’t happen. Having this fight in May, at lightweight, would be even better.”