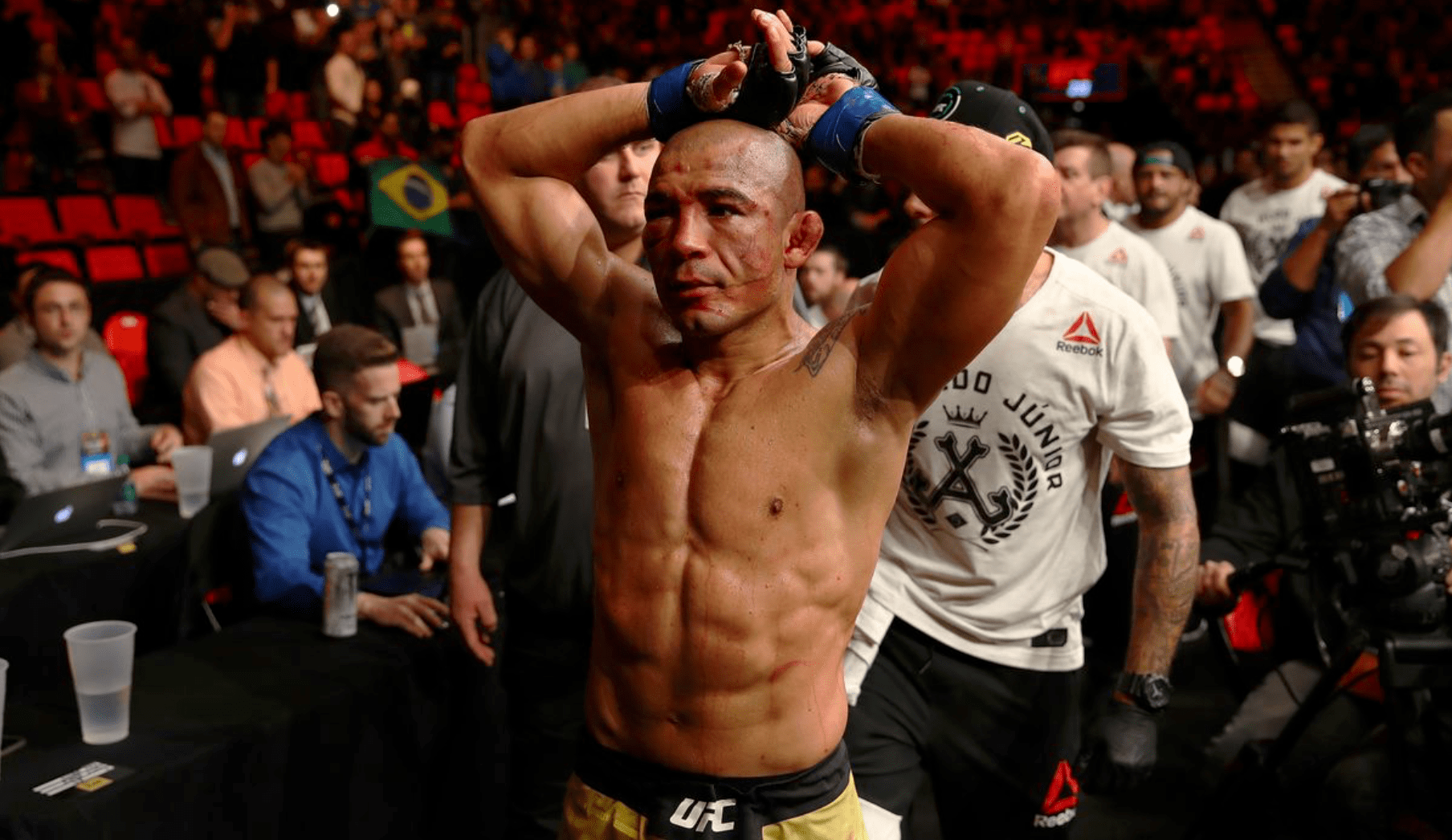 According to a report by Combate, former UFC featherweight champion Jose Aldo, has been hospitalised with a bacterial infection.

It is reported that the cause of the infection was a small cut to the knee. As a result, the Brazilian was taken to Samaritano Hospital in Botafogo, Rio de Janeiro, on Wednesday.

According to the report, Aldo didn’t respond well to the first set of antibiotics but has since, shown improvements.

Aldo is due to face Alexander Volkanovski at UFC 237 on May 11th, which goes down in Rio de Janeiro. Although the infection and resulting fever is not ideal preparations, it is expected that Aldo will still fight in front of his home fans in the Jeunesse Arena, at UFC 237.

The Nova Uniao fighter has won his last two fights by knockouts, over Jeremy Stephens and Renato Moicano.

Volkanovski is on a 16 fight win streak, with the last six coming in the UFC. In his last outing to the Octagon, the Australian knocked out Chad Mendes in the second round, last December.