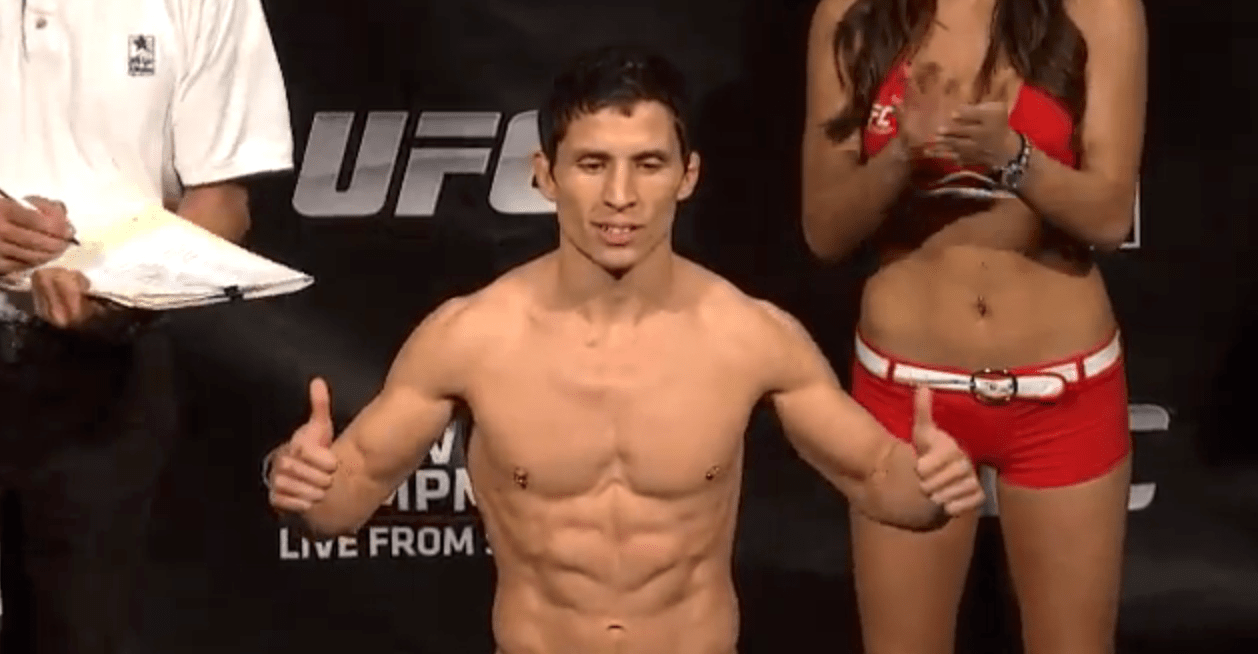 Despite all the uncertainty in the UFC flyweight division, number two ranked Joseph Benavidez has just signed a new four year deal with the UFC.

Benavidez, who fights on the first UFC card of the year, at UFC Brooklyn against Dustin Ortiz, said yesterday (transcript via MMA News) that the UFC said nothing about ending the flyweight division or having to move up to bantamweight.

“I just signed a new four fight deal. I think that’s another good sign. I didn’t even know guys were getting cut until I saw them fighting in RIZIN and I was like ‘how did those guys get cut?’ cause those things are always kind of announced. The way that I gauge it is look there’s a flyweight title fight. One of the best pound-for-pound guys is coming down to our weight to fight. We have a new champion that’s headlining the first card ever with ESPN. That’s how I gauge it. I’m fighting on it, there’s other fights being signed. So I just look at it like that and then after the fight look at it again.

“Right now it’s business as usual. I’ve got a fight on the same card as the title fight and that’s really all there is. I haven’t really heard any talk other than that.”

As well as fighting on the January 19th card, Benavidez will also be the back up, should anything happen to Henry Cejudo or TJ Dillashaw. They fight in the main event, for the flyweight title.