Joshua Pacio Happy To Be A True Champion, Now He’s Defended His Belt 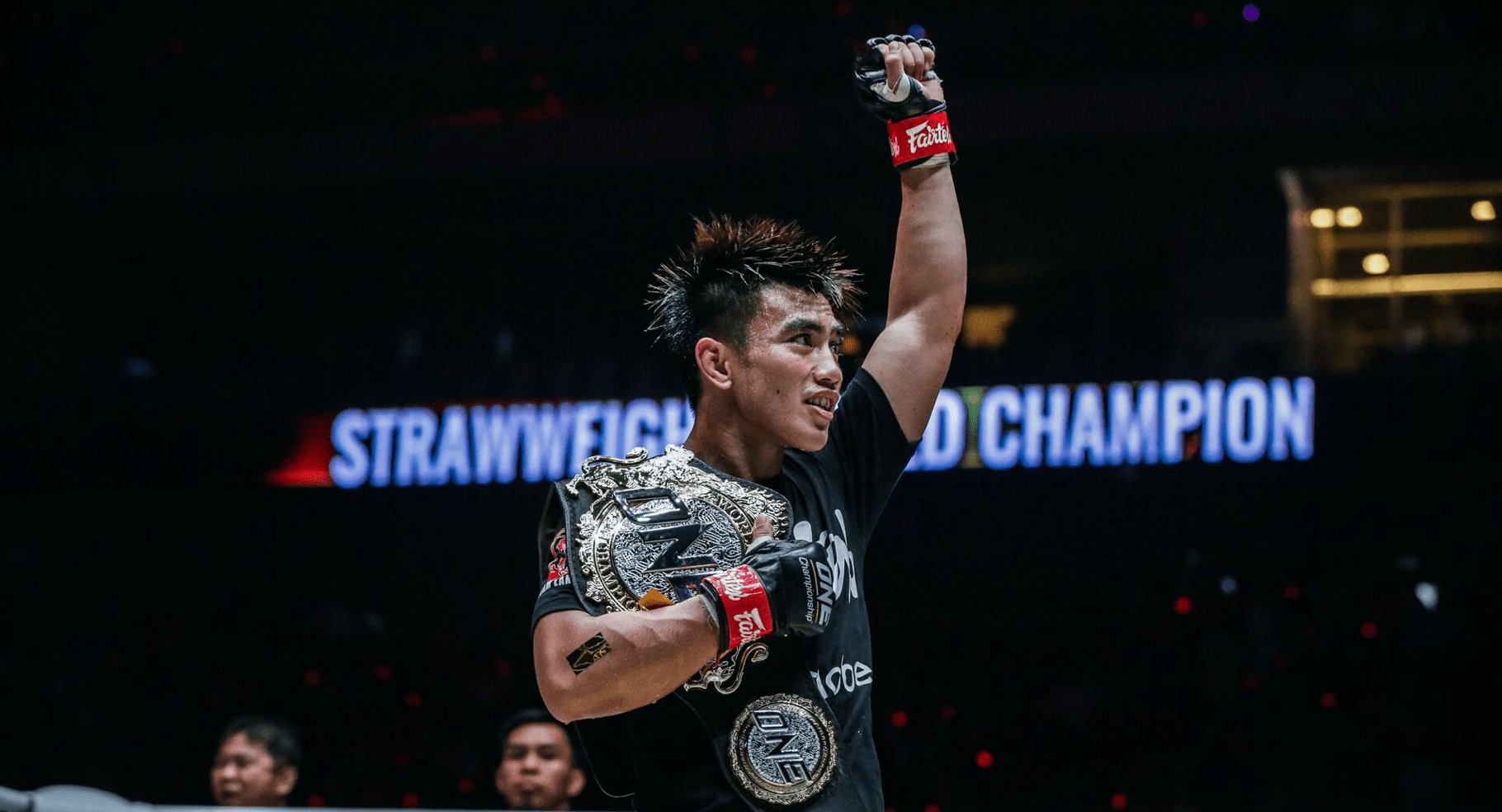 Fresh off his first successful defense of the ONE Strawweight World Championship against fellow Filipino Rene Catalan at the Mall of Asia Arena last Friday night for the main event of ONE: Masters of Fate, Team Lakay’s Joshua Pacio accommodated the media for the post bout press conference, along with teammate Geje Eustaquio and coach Mark Sangiao.

In the midst of the questions from the media, Pacio explained how he managed not to tap against Catalan’s submission attempt.

The 23-year old title-holder described how he felt after submitting Rene in the second round of the contest, which he firmly believed that it was his solidifying moment as a champion.

“I’m very happy because just like what I said from my first interview, ‘You are not a world champion until you defend your belt’ so I am happy because I defended it successfully.”

Pacio also shed light on the ‘friction’ between him and Catalan plus the ‘rivalry’ of Team Lakay and Catalan Fighting System, stating that there is no bad blood between them.

“And about the rivalry, there is no rivalry. And if there is any, let’s end it here. We are all martial artists and we should go up and we should unite as one,” Pacio stated

Pacio’s comments echoes his coach Mark Sangiao’s comments to us in the lead up to ONE: Masters Of Fate, after he said that there was only respect between the two gyms.

When asked about his next possible opponent, ‘The Passion’ didn’t drop any names and insisted that he’ll just be ready for whoever challenger the promotion will give him next.

“No, like what I’ve said, I don’t choose opponents. I just want to improve continuously, go back to training and wait for the next one.”