Joshua Pacio: ‘I Won’t Let My Fans Down’ At ONE: Roots Of Honor 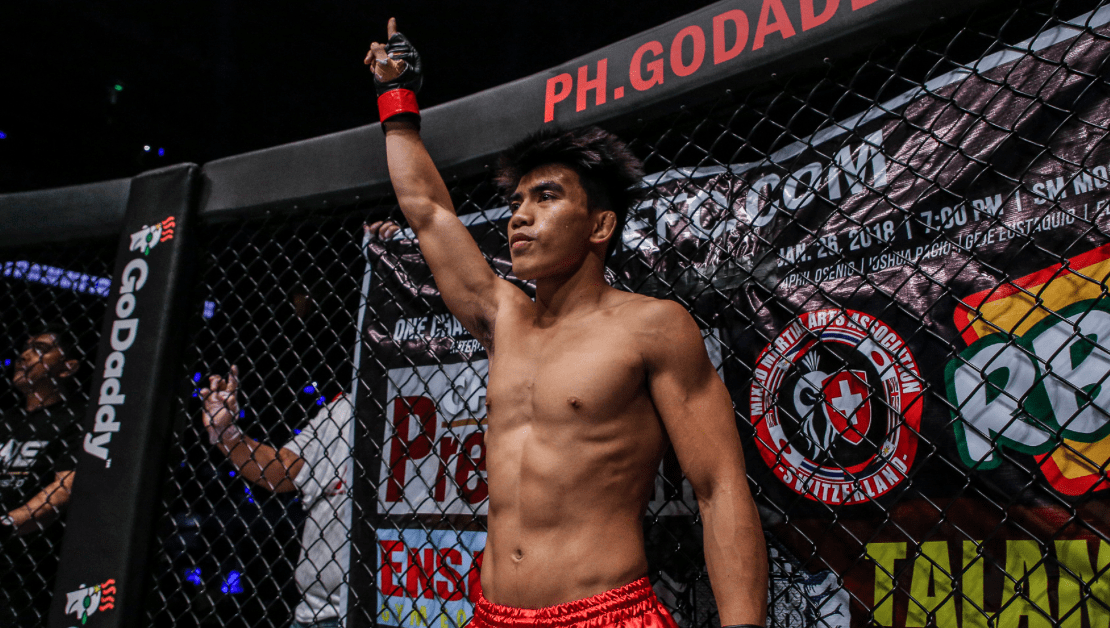 Team Lakay prodigy Joshua “The Passion” Pacio has the sweet opportunity to exact revenge on his division rival Yosuke “The Ninja” Saruta and reclaim the ONE Strawweight World Title he lost last January.

The two are set for a rematch in the co-main event of ONE: ROOTS OF HONOR, which will be held at Mall Of Asia Arena in Manila, Philippines on Friday, April 12th.

Pacio is ripped and ready to go, and wants nothing more than to regain what he had lost.

“I’m excited and even more motivated because the rematch will happen here in the Philippines,” Pacio says.

“I’m happy for the opportunity and I will do everything to get the belt back to the Philippines.”

The judges favoured Saruta’s assertive cage control and persistent takedowns during the main event at ONE: ETERNAL GLORY back in January, allowing the Japanese warrior to snatch the belt from Pacio through a split decision.

Despite the disappointment, the Team Lakay stalwart maintains a positive outlook about the upcoming rematch.

“That fight showed me a lot of things that I needed to work on in my game,” he says.

“It was a great experience for me, as it showed me the things that I need to work on heading into the rematch.”

In this coming bout “The Passion” will be introduced as the challenger who is looking forward to taking back the World Title from “The Ninja”.

To accomplish this feat however, the 23-year-old Baguio City native is determined to be more decisive in his offence and execute techniques that he wasn’t able to utilise a couple of months ago.

Having already endured five full rounds with the 31-year-old Japanese athlete in their debut bout, Pacio is confident he can sweep the title again.

“I hope to showcase the things that I wasn’t able to show last January,” he explains.

“I need to be more aggressive, especially being the challenger. I’m hungry to prove myself again and bounce back. He’s very athletic and strong. I know that this won’t be an easy task but my team and I have a perfect game plan for this fight.”

The Mall Of Asia Arena will be packed wall to wall with Pacio’s delighted countrymen, all of whom have eagerly been supportive of him.

“The Passion” understands the herculean task before him and the weight of his compatriot’s dreams when he enters the cage. But he has never lost in his homeland and he does not plan to start now.

“I must admit there’s a bit of an added pressure on my part to perform. But at the same time, the hunger and the will to win far outweighs that,” he says.

“Manila has been very good to me. I feel very motivated every time I hear the crowd cheering and chanting my name. The feeling is priceless, and it gives me added strength both physically and mentally. I’m very motivated, heading to this match. I won’t let my fans down.

“I’m in the best shape of my life, and with the crowd behind me, expect the best Joshua Pacio on April 12th,” Pacio concluded.