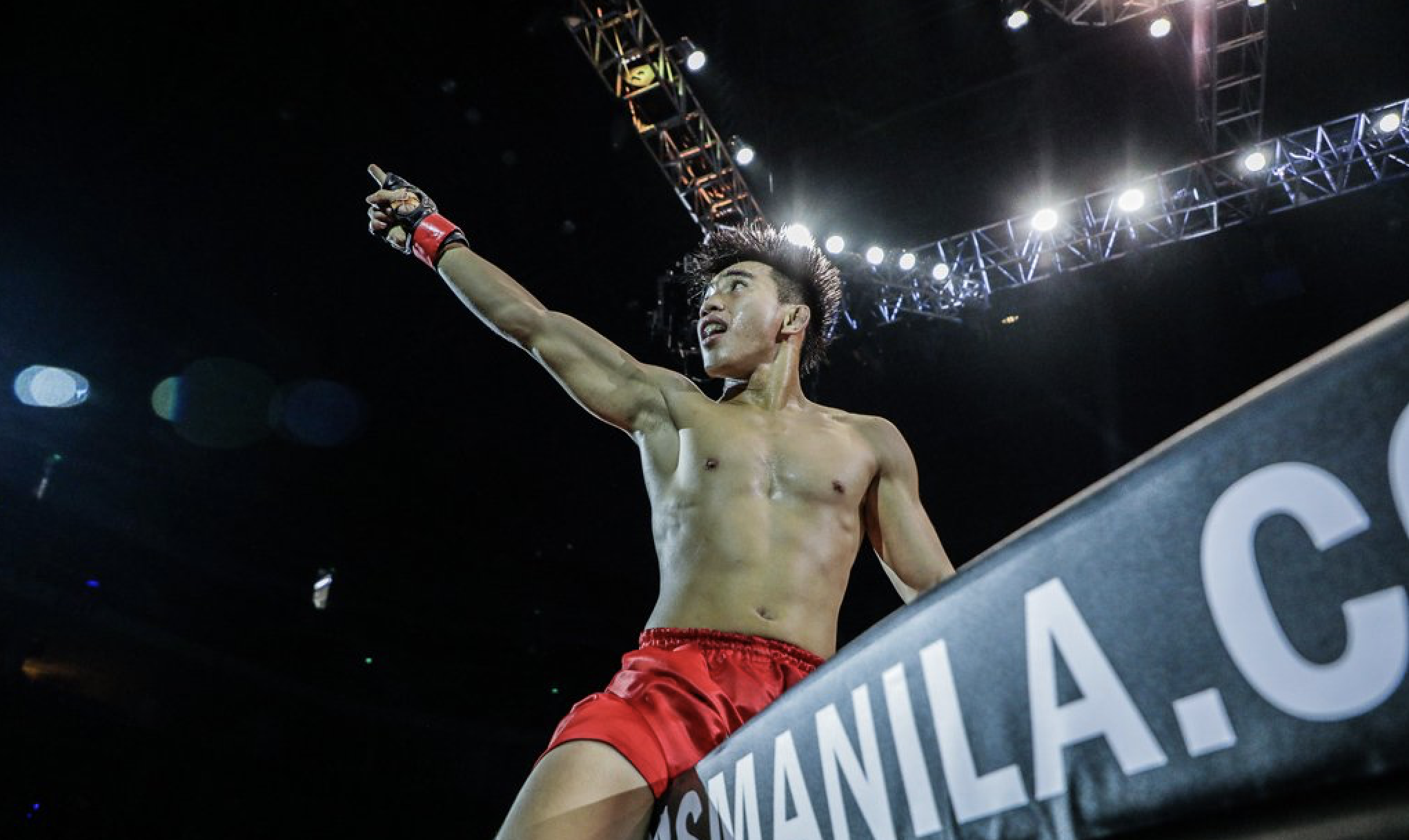 Before winning his ONE Championship debut against Robin Catalan in 2016, Joshua Pacio first defeated obesity, which he has openly spoken about throughout his professional mixed martial arts career.

The main goal of Joshua’s martial arts journey at first, was not to become a champion, but instead lose weight and be get healthy. At the age of ten years old, Pacio was heavy enough to compete in the ONE featherweight division.

Speaking to ONE Championship, the ONE Strawweight champion revealed that he was so big as a kid that he couldn’t even see his feet when he was standing up.

“That’s the heaviest I’ve been. At the age of ten, I was 69 kilos, I was really overweight. When I was standing, I could not see my feet because I had a big belly,” Pacio vividly recalls.

Two main factors were cited by the Team Lakay standout, which led to his excess body weight – inheritance and eating habits.

“My father’s side [of the family] have a history of diabetes, so even if you eat just a little, it’s like boom, you will get fat. Back then, I was really eating a lot – six times a day, something like that. I wouldn’t miss breakfast, morning snack, lunch, afternoon snack, dinner, and then a midnight snack.”

Then his uncle persuaded him to try out martial arts to chunk down significant number of weight and be more healthy. The pain of working out turned out to be a blessing for Pacio, as it powered his passion in pursuing the sport.

“He encouraged me in martial arts for fitness purposes, not for competing. I started jogging and doing push-ups. I also did bodyweight exercises. Then, it was my first time training. The next day, my body ached so much that I just wanted to lay down, but that feeling kind of motivated me. I enjoyed the pain that I got from training.”

From that moment on, the love for martial arts became enormous and that it was reciprocated after a decade as he won the ONE strawweight crown.

“Then, that’s it. After I started, my training was continuous until I lost weight. Once you enter martial arts, your life will change significantly,” Joshua stated.

“That includes your motivation. Martial arts will motivate you. That is the most important factor – being motivated until you are able to go where you want to go,” he added.

The Baguio-based athlete also urged everyone to be at their best shape even if they are not competing as a professional combat sports practitioner because this will ensure a healthy life to enjoy.

“Of course, even if you are not an athlete, you still need to be healthy. Exercise and eat healthily. If you want to live for many years, you’ve got to live healthily. Whatever you do, whatever your daily activities are, whatever your attitude is, it will all reflect in your body.”

Pacio doesn’t forget to reward himself after working hard during training camps though, where he’ll allow himself the odd cheat meal.

“Of course, if you are not expecting a match, you also need to treat yourself – just don’t make it too often,” he adds. I can eat junk food, but only once a week. If I don’t have a match coming up, once or twice a week!”

Three and a half years on from his ONE debut against Robin Catalan, Joshua Pacio has just defended his ONE strawweight title against Robin’s brother Rene, submitting his fellow Filipino in the main event of the recent ONE: Masters Of Fate.