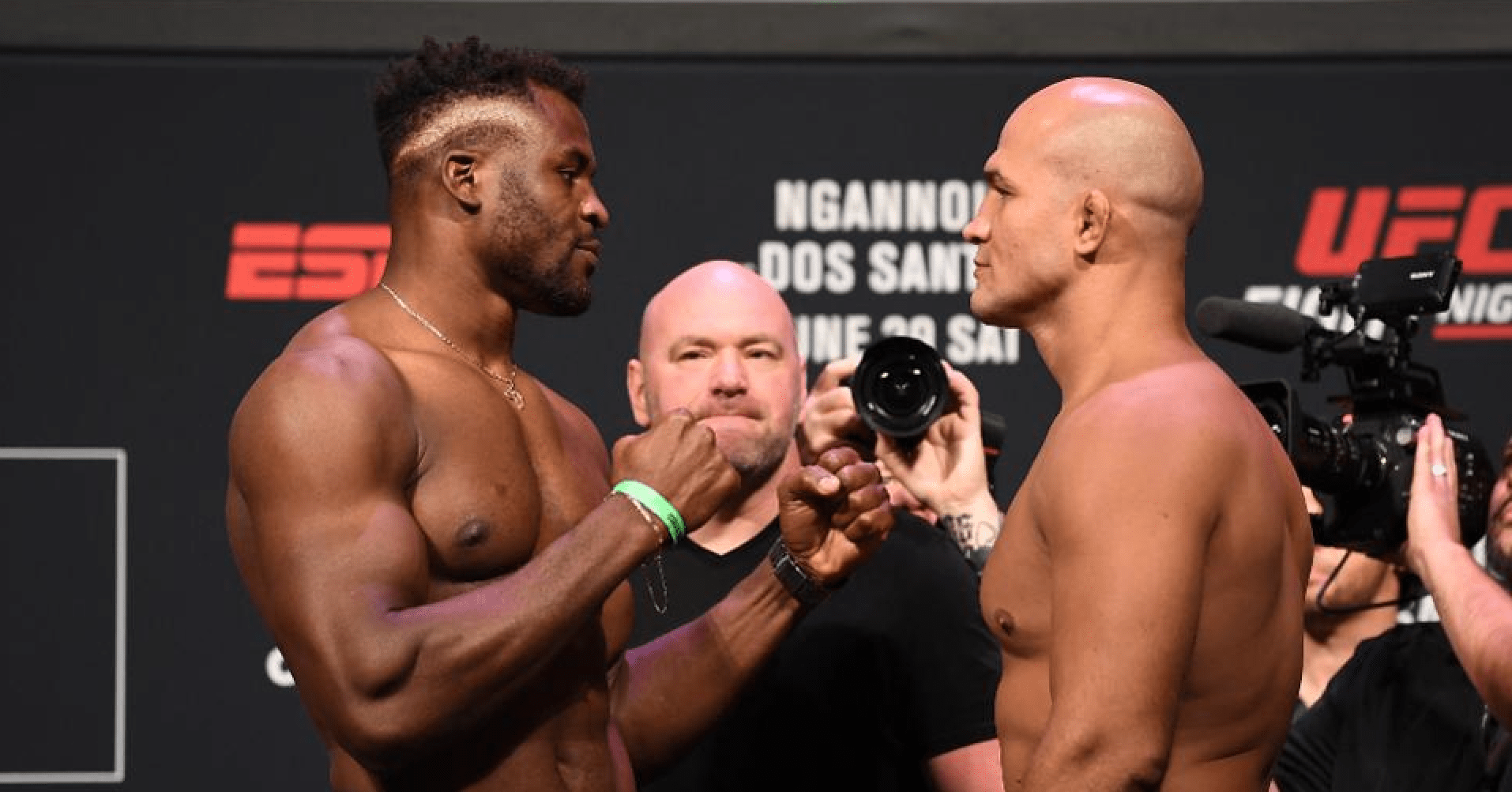 Although Conor McGregor wasn’t the first MMA fighter to talk about crossing over to boxing, since he fought Floyd Mayweather, there has certainly been a growing trend of fighters in the UFC calling out boxers.

We have seen that recently with Jorge Masvidal calling out Canelo Alvarez, and just this week, ‘Rampage’ Jackson saying he’s prepared to box anyone other than Deontay Wilder.

Then when you add Floyd Mayweather and Tyson Fury to the equation, who have both hinted at crossing over to MMA recently, in some, shape or form, UFC fighters get even more vocal about testing their boxing skills against the best.

Certainly with regards to Fury. Since he first teased of a move to MMA a month ago, UFC heavyweights Junior dos Santos, Greg Hardy and the champion Stipe Miocic, have all welcomed the challenge of facing the heavyweight lineal champion, in both MMA and boxing.

Speaking to MMA Fighting this week, dos Santos said he wants to welcome Fury to his world and then go over to his world.

“It would be perfect to fight Tyson Fury in MMA, as he wishes, and then, with a win over him, fight him in boxing, in his world. He would come to my world and then I would go to his world. It would be the pinnacle, a great moment for both sports.”

With the Dana White and the UFC set to launch Zuffa Boxing imminently, dos Santos sees this an opportunity to realise a dream.

“I don’t think he comes [full time] to MMA, but I think he’ll fight once. It would be very interesting. I see the UFC going that direction as well with Zuffa Boxing and Dana White being a huge boxing fan. We saw him meeting Floyd Mayweather again, and that’s extremely beneficial for all of us. It would be a great opportunity for me. I’ve always dreamed with the opportunity of fighting a great boxer. It’s my area, it’s where I feel most comfortable.”

While dos Santos respects the skill set of Fury and thinks an MMA fight would be interesting, the former UFC heavyweight champion believes that MMA fighters are more complete fighters than their boxing adversaries.

“Tyson Fury is an excellent boxer, has really long arms and move well for a guy his size. I think he can definitely make an interesting fight in MMA.

“I’ve challenged [Anthony] Joshua in the past, and so did Miocic, and he played like he wasn’t listening. They stay in a safer place acting like they are better than MMA fighters, but that’s not the truth. The truth is, we’re more complete fighters and we can give them a hard night, even in their own sport.”

Whist the Brazilian’s call out of Fury was very respectful, the same could not be said for his call out of his fellow UFC heavyweight, Francis Ngannou. Dos Santos hit out at the Cameroonian-Frenchman for ‘talking a bunch of crap’, and threatened to shut his little mouth.

“Miocic is a good boxer, and now there’s Ngannou talking a bunch of crap, saying he’s the best boxer in the heavyweight division because he was lucky to defeat me. He’s not, and never will be. I’ll prove that soon and shut that little mouth so he stops talking nonsense. He’s a very strong guy, of course, and must be respected. He had a great win over me, but real fighters keep their results. We’ll see what happens soon.”

In what was both their last outing to the UFC Octagon, Ngannou scored a first round TKO win over dos Santos at UFC Minneapolis. Having been forced out of his scheduled main event earlier this month at UFC Moscow against Alexander Volkov due to a serious bacterial infection in his leg, ‘JDS’ is set to return against Curtis Blaydes at UFC Raleigh on January 25th.

Ngannou currently doesn’t have a fight booked but both he and Dana have teased of a big fight announcement coming soon. With France set to legalise MMA from January 1st, it is expected that the 33 year old will headline the UFC first card there in early 2020.