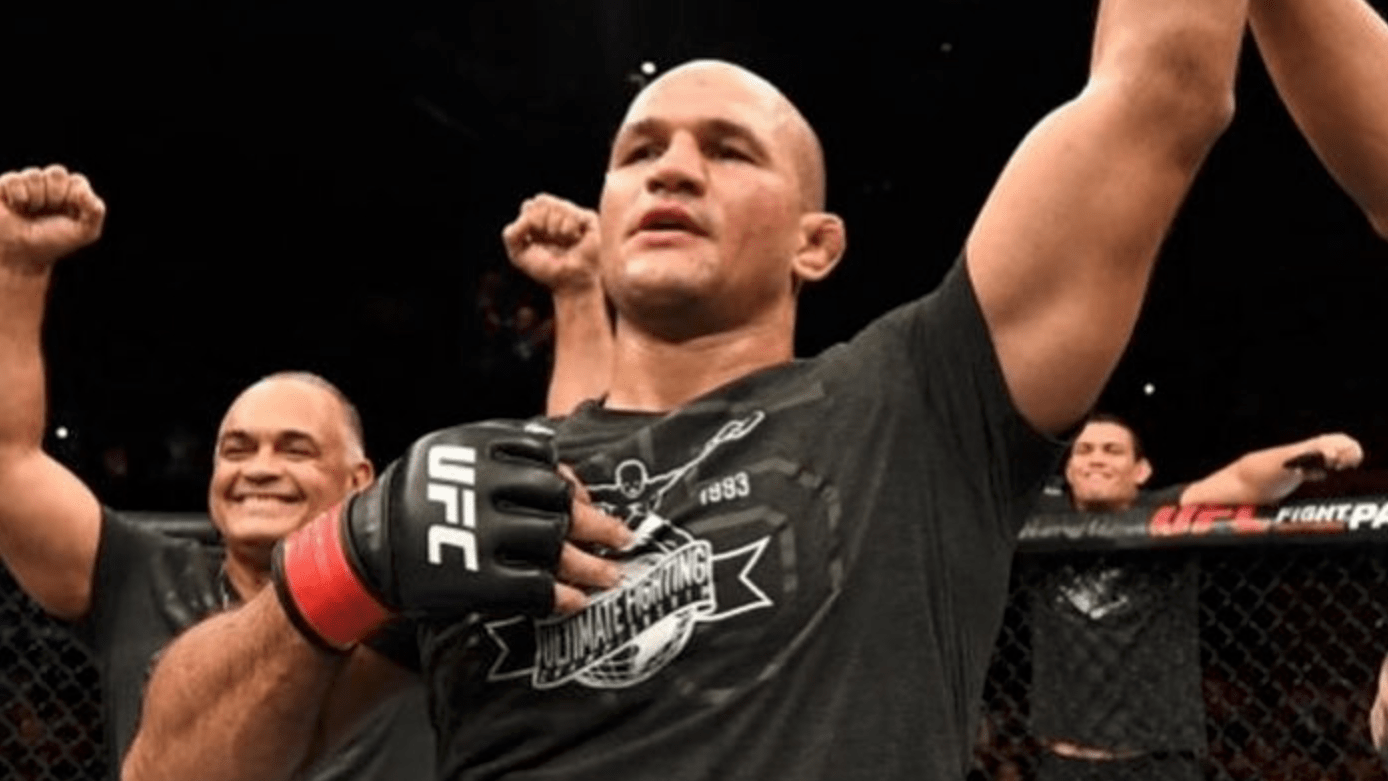 Junior dos Santos has faced — and defeated — some of the best heavyweights in the sport. So when he gives his thoughts on how someone would fare in the division, it carries a lot of weight. “Cigano” believes that Jon Jones will be a hit if he ever moves up a weight class.

“Jon Jones is the No. 1 baddest guy on the planet… actually, he’s the No. 1 pound-for-pound in the world, so I think he could do very well in the heavyweight division”, dos Santos told MMA Fighting. “It’s kind of different. Not many different things, but more power on the punches, more power on the grappling, in everything.”

“His last fight with ‘Marreta’ he did good, but Marreta did very, very good”, dos Santos said. “I think he can decide to make this move because it’s gonna be good for the heavyweight division too to have him here.”

Junior also said that while Thiago put in a solid effort, he didn’t do enough to get his hand raised.

“I would say we couldn’t take the belt away from him”, dos Santos said. “You know, when you’re fighting for the title you have to make it clear that you won the title. It’s hard to say, man, because Marreta did so well. I was so happy for him. But it’s hard to say.

“What I’m gonna say right now is this: you need to do a little bit more than the normal, you have to make sure you won the fight to have the belt. So let’s go for the next one. I know that Marreta is gonna come back much, much stronger from this fight. Man, I have no doubts he’s gonna become the champion at some point.”