Justin Gaethje On How He Would Deal With Khabib Nurmagomedov 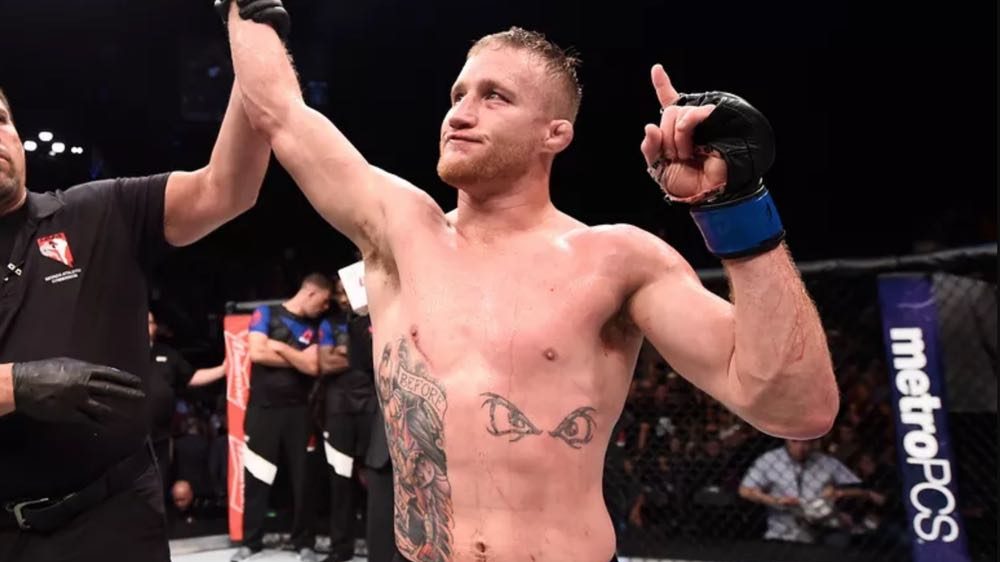 After Justin Gaethje recently stopped Donald Cerrone in the first round, fans and critics have been calling for him to face Khabib Nurmagomedov next. While Tony Ferguson will likely get the first crack at the title, that hasn’t stopped Gaethje from thinking about ways to subdue Khabib.

Khabib Nurmagomedov (28-0 MMA, 12-0 UFC) maintains an unblemished record, mauling the likes of Conor McGregor and Dustin Poirier. While Tony Ferguson is expected to provide “Eagle” with his toughest test to date, Gaethje has been making his own game plan to stop the dominant champion.

“The Highlight” recently appeared on the UFC Unfiltered podcast, and talked about making Khabib stand and trade with him.

“No, it will not be the same”, Justin Gaethje said on the podcast (transcript via BJPenn.com). “Nothing will happen on the cage. We will fight in the center of the Octagon. As much as he’s going to want to fight on the edge of the Octagon, we’re going to fight in the center. I’m going to throw massive shots, most of them are going to come right through the middle, and I’m going to take chances, throw knees, and if he takes me down that’s fine.”

Gaethje also said that he was confident he would get back to his feet, if the Dagestani mauler succeeded in taking him down. Given his wrestling pedigree, Justin Gaethje could prove to be a handful for any elite grappler.

“If one man can hold you down, then two can do whatever they want to you”, Gaethje said. “You cannot hold me down. I will get up, and I will scramble in a different way than he’s ever known. I think I have more power than anybody ever has consistently had in the lightweight division.”

The former WSOF Champion also talked about his takedown defense, and how he would stuff Khabib.

“The only way to stop a takedown is to meet force with force”, Gaethje said. “You don’t try to sprawl away. Whenever you do a sprawl, you don’t throw your hips away; you drive your hips into the mat. That’s how you stop a takedown, so I’ve wrestled my whole life and hit so hard. I guarantee he’s going to be in trouble. Dustin [Poirier] had him in trouble, and Dustin was on the fence the whole time.”