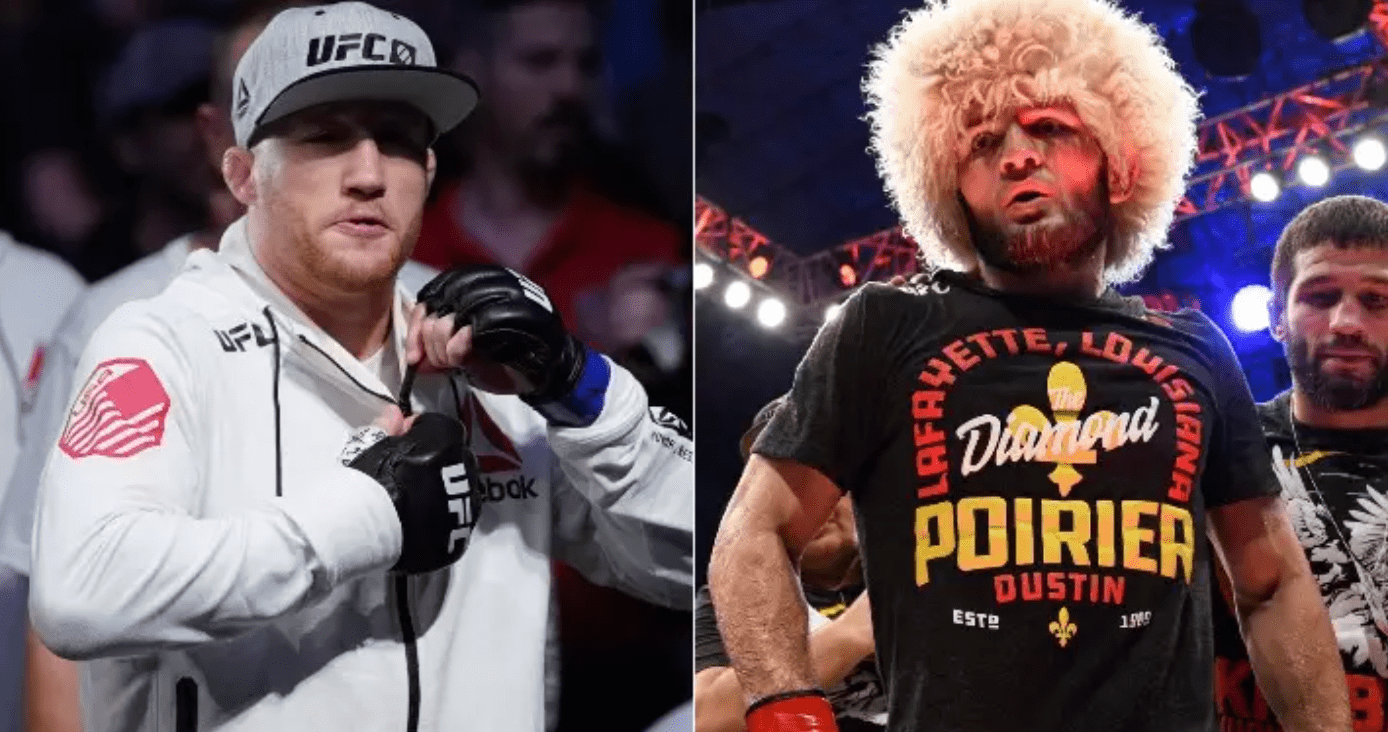 UFC interim lightweight champion Justin Gaethje is expected to face Khabib Nurmagomedov later this year, to unify the title. Defeating ‘The Eagle’ is something that no other fighter has been able to accomplish to date, as he holds an undefeated record of 28-0.

However, Gaethje believes he has the perfect game plan to hand Khabib the first loss of his career.

In a recent appearance on the Joe Rogan Experience (as transcribed by BJPenn.com‘s Tom Taylor), Gaethje revealed his strategy to become the undisputed champion.

“You gotta self-defence. Without the footwork, you can’t stay out of the fence,” Gaethje said. “If he is taking a shot in the open then he will drive you down to the fence. He’s not gonna attempt takedowns in the open. You watch all of his fights. You’ll maybe see five takedowns that he attempted in the middle of the cage. He’ll start in the middle but he is too pushy towards the cage.”

Ever since he made his debut in the UFC, Gaethje has been showing consistent improvements in his conditioning. The most significant being his TKO win over Tony Ferguson last month at UFC 249, where he was able to keep up a relentless pace for five rounds.

Last month, whilst speaking to ESPN, Gaethje emphasised the importance of strengthening his legs and working on his cardio consistently between now and when he fights with Khabib.

“I’m so athletic,” he said. “The first thing to go when you get tired is your legs, so my legs, from now until then, I’m gonna be running a lot, jump rope a lot, a lot of step-ups, squats.

Do you think Justin Gaethje’s gameplan is good enough to defeat Khabib Nurmagomedov?