Kamaru Usman Says He Is ‘Thankful’ For Tyron Woodley 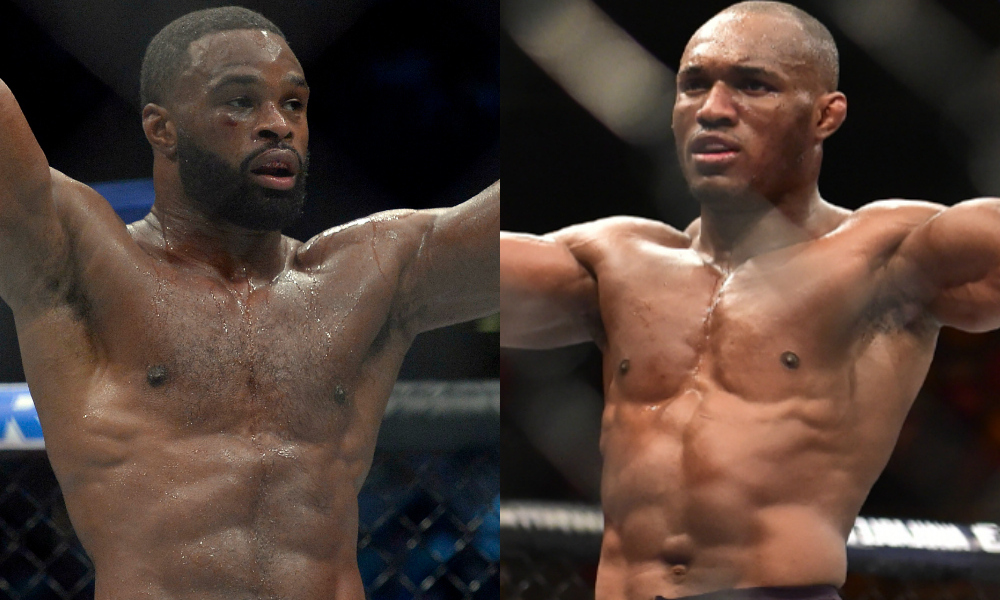 Kamaru Usman and Tyron Woodley haven’t exactly held back, going into UFC 235. Woodley, who was long rumoured to face Colby Covington to unify the titles, was then booked to face Usman. However, certain recent events have now put things in perspective for a lot of fighters.

Georges St-Pierre retired from the sport two days ago, and Kamaru Usman, regardless of all the trash-talk, told MMA Junkie that he is thankful for Woodley giving him a crack at the title.

“I’m thankful for Tyron”, Usman said. “I know it’s not ultimately 100 percent his decision, because if he had his decision I wasn’t his first pick to fight. But, I’m thankful he went through with it and signed the contract because he did give me the opportunity I felt Georges robbed him of. Georges didn’t give him that opportunity and I feel like that’s part of why Tyron deals with the disrespect he deals with as champion. I do believe sometimes he shoots himself in the foot at times for sure, but he deals with a lot more than a lot of the other champions because people feel he didn’t beat the champion of the previous time.”

However, Usman immediately reverted to firing shots at Tyron, putting him on blast for calling himself the greatest WW of all time.

“I think it’s kind of weak sauce”, Usman remarked. “I remember when he started saying, ‘I’m the greatest welterweight of all-time.’ I always felt kind of cringy about that. You don’t classify yourself the greatest welterweight of all-time. That’s not how this works. You’re made that by the people who watch your fights and the fans. They tell you that you’re the greatest of all-time. You don’t ordain yourself that. That’s like a new fighter coming in and saying, ‘I’m the best fighter in the world.’ You don’t know. That’s not how it works. The world tells you that, your audience tells you that.

“When he said that it was a bit cringe for me, like, why would you say that? That’s not your job to dictate whether you’re the greatest of all-time. For me, I never worry about, ‘Oh, I want to be the greatest.’ As long as I do my job and continue to win these fights, that’s how you break records, that’s how you make milestones and set new records. I’m not worried about that legacy stuff. It comes later once it’s set and done.”

Kamaru Usman isn’t just thinking about winning the title next weekend. ‘The Nigerian Nightmare’ is already planning his next move, and spoke about being an active champion.

“I definitely want to be an active champion because if you’re not fighting, you’re not making money”, Usman said. “The biggest thing is there’s a huge difference between being the challenger and the champion. That’s what I want. The more I continue to fight as champion the more I have reach and pay and everything goes into it.

“After this fight I have some things I need to get fixed and worked on. I may take a short break, maybe a month. But I want to keep active and keep knocking these fights out as fast as possible because that’s how you prove your legacy.”