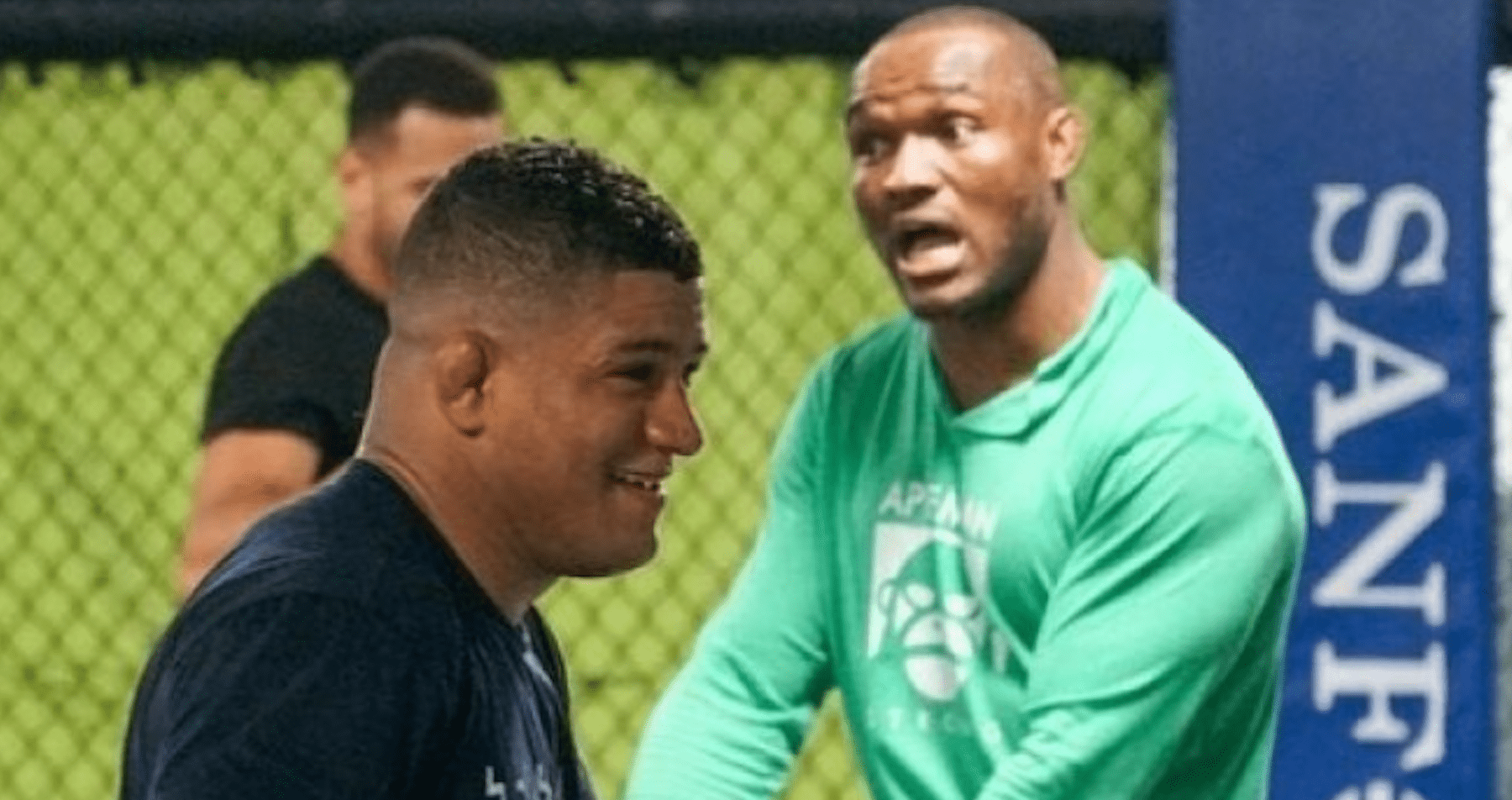 This weekend, Kamaru Usman will put his welterweight title on the line against longtime teammate Gilbert Burns at UFC 258.

Usman has remained a firm betting favourite (-290) on Draftkings. While, there is betting value on Burns as a (+225) underdog. Looking at the odds for UFC 258 headliner, there is still a big gap between online sites and retail. That being said, it’s important shop around for the best lines prior to betting.

The two men trained together for almost a decade in various gyms, most recently at Sanford MMA, before Usman decided to part ways with the Florida-based gym to train under the guardianship of Trevor Wittman in Colorado.

From getting big wins on his resume to eventually winning the title and defending it a couple of times, ‘The Nigerian Nightmare’s’ most successful days in the UFC have come during his time at Sanford MMA. However, he felt like he needed to shake things up in order to stay on top. Speaking to MMA Fighting, Usman explained why he decided to change camps.

“All in all, it came to a point where certain points in your career, you need certain things to be able to grow,” Usman said. “Over time, I felt like I needed a little something. I needed a little more. It’s kind of tough to get that when you’re on a team with 30 guys and your coaches are gone every other week, mid-week. It makes it tough for you to get that personal attention that you need to get in order to stay on top.

“I’ve done a decent enough job to get to this point but in order to stay there, which is the hardest part, you need certain things. You need certain attention. Towards the end, I just didn’t feel like I was 100 percent getting that. There was some other things, underlying things that happened, that I don’t care to go into right now that kind of helped push along that decision a lot sooner and a lot quicker, but it was something that I kind of wanted for a long time. I narrowed it down almost for that last year of some of the coaches that I really liked and respected, I see the way they work and thought that could be a good fit for me.”

Usman’s need for ‘certain attention’ is catered perfectly by Wittman, who trains only a handful of fighters, including Rose Namajunas and Justin Gaethje, and is generally regarded as one of the best coaches on the planet.

“I’m the type of guy, I’m going to come to work,” Usman explained. “If you have a coach that’s about his business and is skillful and thinks about everything, it makes for an easy transition when you have the people who’s definitely willing to work and exercise those things that you’re giving in the work on. It was a great fit.”

Last month, Burns revealed that he has sparred over 200 rounds with Usman over the years and as such, they know each others’ strengths and weaknesses inside out. While the 33 year old agrees with the Brazilian, he promises to show the world that he’s the rightful king of the division.

“I will say it’s definitely different because you’ve felt them. You know the areas where you kind of had the upper hand and they know that as well,” Usman said. “You know the areas where they’re strong. So it makes it a little different. At the end of the day with me, when it comes to me, I see no face. I didn’t pick him out of a line up and say ‘This is the guy I’m going to take out.’

“I’m the king of the hill. I’m sitting up at the top. He’s the one who picked the fight. These are the guys who say ‘We want what he has.’ So when you want what I have, I have to defend that. I have to go in there and show them why I’m sitting at the top.”

‘They Are All The Same’

Compared to his previous three opponents, Tyron Woodley, Colby Covington, and Jorge Masvidal, who all engaged in a war of words with Usman, Burns has been nothing but respectful ahead of the fight. Come fight night however, the reigning champion will show no mercy, because as respectful as he’s been, ‘Durinho’ is still coming to take his throne.

“In a sense they’re all different but when it gets closer to the fight, they’re all the same,” Usman noted. “These guys all sit there and look at what I’ve earned and what I’ve worked for and say ‘I want that. I want to eat his food. I want to take his plate.’ So at the end of the day, I have to be that same savage to go in there and defend each and every time.

“It’s a little different in a sense but at the same time, I see no face. When we get in there, they’re all the same.”

Once they are done with one another on the night, Usman says he will gladly shake his opponent’s hand, unless Burns doesn’t take defeat very well.

Who do you think wins the UFC 258 main event between Kamaru Usman and Gilbert Burns?