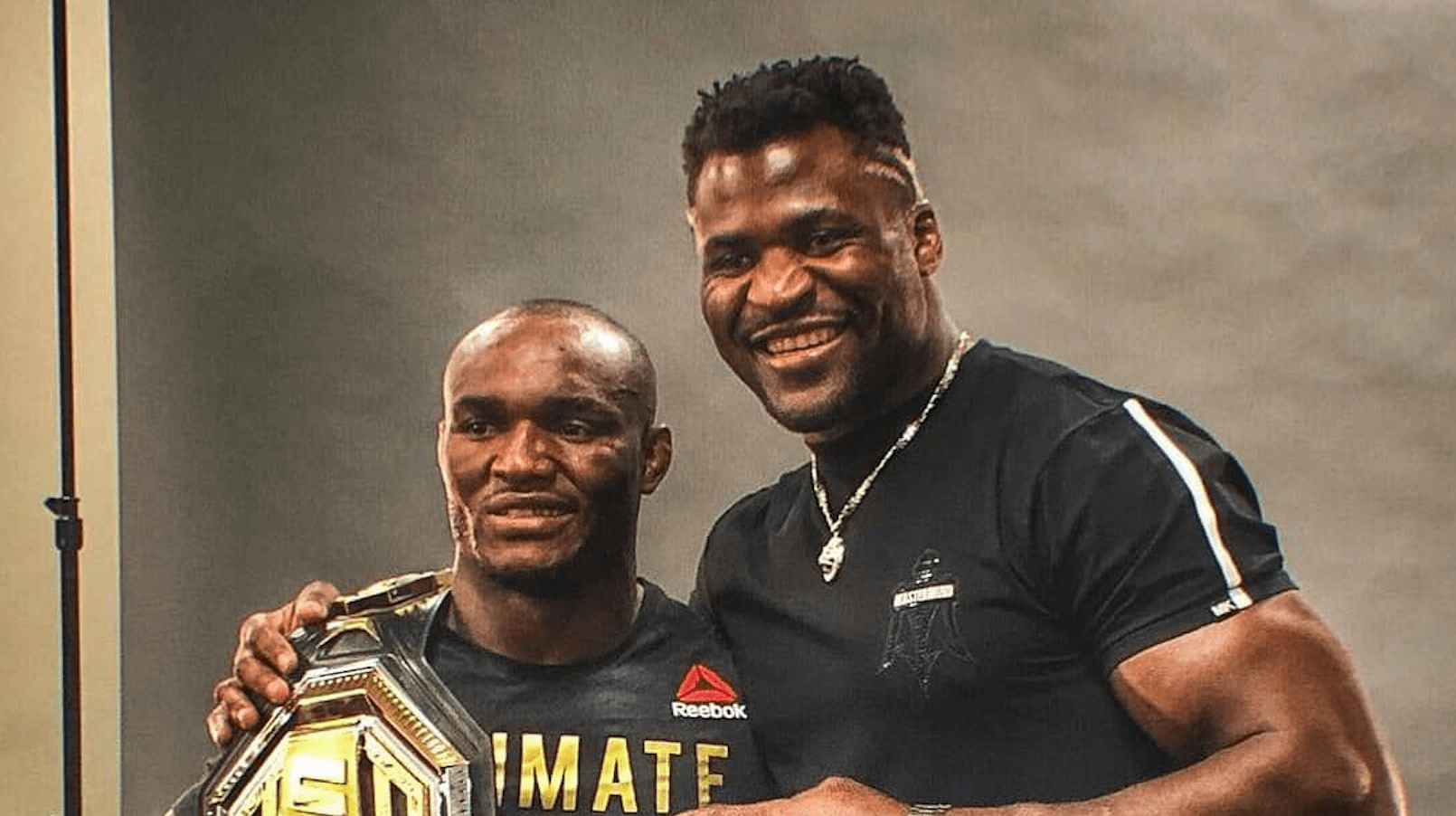 Francis Ngannou will have UFC welterweight champion Kamaru Usman in his corner when he rematches Stipe Miocic for the UFC heavyweight title in the UFC 260 main event.

In their first meeting at UFC 220, Miocic outwrestled Ngannou and churned out a unanimous decision victory. Since then, ‘The Predator’ has worked his way back up, winning his last four fights, all in the first round.

Having Usman In His Corner

To avoid a repeat of his UFC 220 loss to Miocic, Ngannou has been working on his wrestling tirelessly at Xtreme Couture. And when he steps into the Octagon on March 27th, the 34 year old will have one of the best wrestlers in the UFC in his corner, he revealed on his YouTube channel (as transcribed by BJPenn.com).

“This is a very decisive moment leading up to the fight so it is very important to engage with him. He’s gonna be in my corner basically helping me with my wrestling, which is great. So yeah, it’s good.”

Ngannou last fight almost one year ago at UFC 249 against Jairzinho Rozenstruik, when he needed only 20 seconds to get the knockout finish.

As for Usman, he is set to defend his title in a rematch with Jorge Masvidal in the main event at UFC 261, which also features two women’s title fights, as flyweight champion Valentina Shevchenko defends her belt against Jessica Andrade, and Zhang Weili defends her strawweight title against Rose Namajunas.

Earlier this week, Dana White announced that UFC 261 will take place at the Vystar Veterans Memorial Arena in Jacksonville, Florida in a packed arena.

Do you think having Kamaru Usman in his corner increases Francis Ngannou’s chances of beating Stipe Miocic at UFC 260?