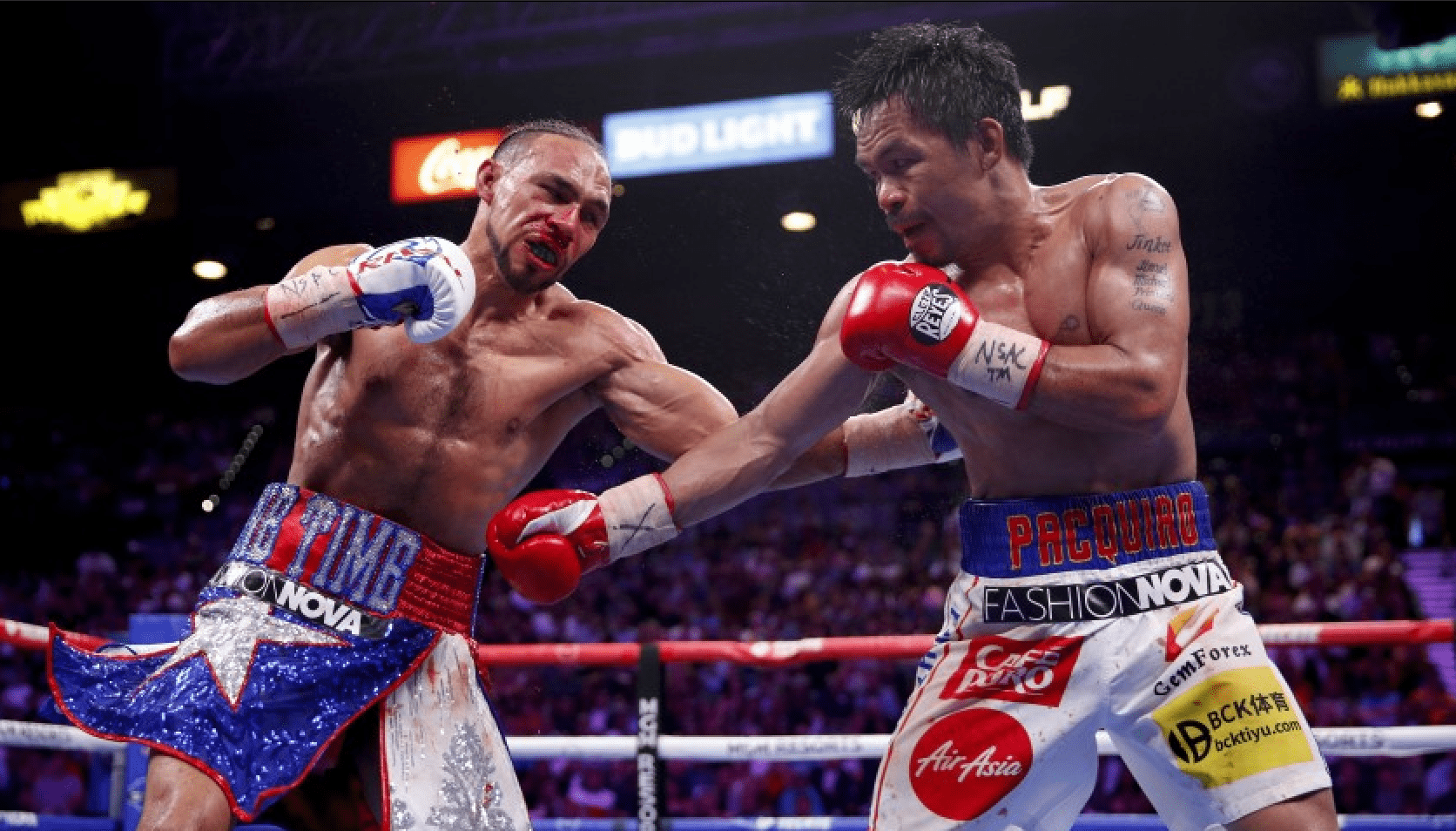 Almost three weeks on from losing for the first time in thirty one professional fights, when he lost to Manny Pacquiao and Keith Thurman has stated that he wants a rematch with the Filipino legend.

Speaking to TMZ Sports, Thurman said he has a lot of respect for the 40 year old Pacquiao but believes their fight should have been scored a draw.

“I’ve got a lot of respect for him. I still think the fight was nothing more than a draw. I don’t really think he won the fight. I know it was hell of a close and sometimes it’s a coin toss. And a coin toss could be 50/50 but you got to pick heads or tails.”

Asked if he wants the rematch, Thurman replied ‘why not!’, adding that he gained a lot of fans in the Philippines when he fought their idol.

“Why not! I still think it’s the best fight of the year. I might go to the Philippines, we might need to talk in person. I might have to fly down there. Apparently the Philippines love me now. They’re big fans of Keith Thurman out there. Before they weren’t but now they’re big fans. They loved the fight, they loved the action. It wasn’t the Floyd Mayweather fight. It wasn’t the Adrien Broner fight. It was the real deal championship boxing match.”

When asked if he had a message for Pacquiao, the 30 year old told ‘Pac Man’ to sign the contract.

Thurman lost to Pacquiao via split decision, at the MGM Grand Garden Arena in Las Vegas and in doing so, lost his WBA (Super) welterweight world title. Thurman now has a record of 29-1-1. Whilst Pacquiao’s record now stands at 62-7-2.

Would you like to see a rematch between Keith Thurman and Manny Pacquiao?