Kelvin Gastelum Is Predicting First Round KO Against Darren Till 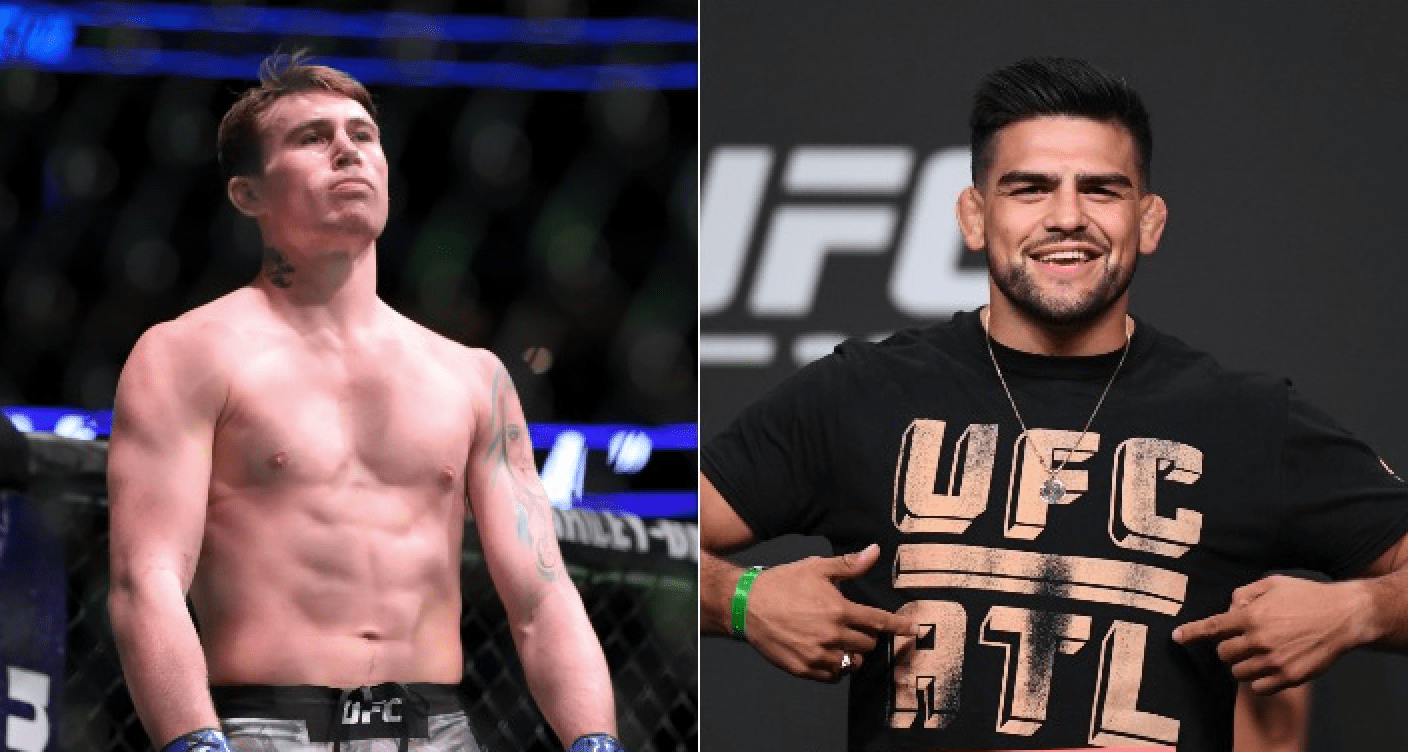 Kelvin Gastelum’s quest to get another shot at the title begins this weekend at UFC 244, when he will face Darren Till. And the 28 year old isn’t lacking confidence, predicting a first round knockout over the Brit.

Speaking to The Bleacher Report‘s Tom Taylor, Gastelum said that he was hoping for a top contender in the 185lbs division but has settled for Till, who will be making his middleweight debut, having moved up from welterweight, where he has previously fought for the title.

“I was waiting for a top contender to fight, but they’d all been booked. I felt like Till was probably the next best option. He’s a big name and he wanted to move up to middleweight.”

Although it’s not the top contender he was hoping for, Gastelum knows that if he puts in a big performance, it will put him right in the mix for another title shot.

“I think it’s a risk for anybody to fight me at this point. I have so much to prove after my last fight. I’m going out there to make a statement against anybody. I don’t care who’s across from me.”

And there would be no bigger statement than knocking Till out in the very first round. Which is exactly what Kelvin is predicting.

“A first-round knockout is what I’m predicting. He leaves his chin up in the air, and I feel like if he does that and he tries to do the game that he’s done before in the past, then he’s going to have a rough night.

“I feel like Darren Till is not as good of a striker as Adesanya. It’s a different matchup and a different skill set and different style of fight.

“If I go out there and make a statement and I put a stamp on Darren Till, the rest of the world will take notice. I’m ready for what’s to come, and I’m ready to jump in line for that title shot.”

With Paulo Costa currently sidelined after surgery on his bicep, the new UFC middleweight champion Adesanya is expected to defend his title against Yoel Romero. But if Gastelum can impress against Till at UFC 244 and earn another shot against Israel, the TUF Season 17 winner is confident that the next time they step inside the Octagon, the result will be different.

“I’m super confident. No fighter ever goes into any fight 100 percent, and I was not the exception [to that rule] that night. I feel like if I get a rematch and I’m 100 percent healthy, there’s nobody in the world that can stop me, not even him.”

Kelvin Gastelum takes on Darren Till in the co-main event at UFC 244, which goes down on November 2nd at Madison Square Garden, New York.