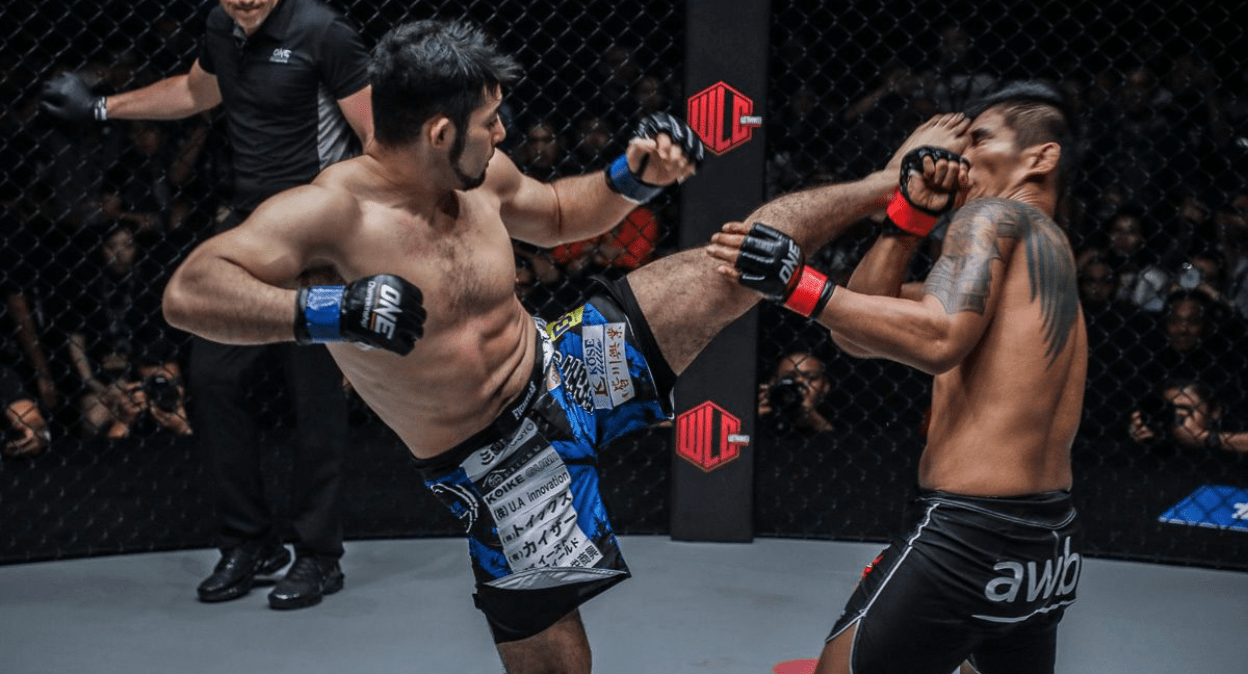 Anyone who witnessed last year’s epic clash between “The Burmese Python” Aung La N Sang and Ken Hasegawa for the ONE Middleweight World Title came away from the bout knowing they had seen something special.

The pair met last June at ONE: SPIRIT OF A WARRIOR, in Yangon, Myanmar and put on an unforgettable contest in front of a sold out crowd inside Thuwunna Indoor Stadium.

After a gruelling bout, Aung La was able to finish Hasegawa in the fifth round but not before a few scares for the hometown hero.

The match went on earn to the accolade of “Bout Of The Year”, as well as taking out the number one spot on ONE’s list of its top 100 contests.

At ONE: A NEW ERA on 31 March this year, the two athletes are scheduled to face off in a highly-anticipated rematch that already has fans and media buzzing with excitement.

However this time the contest will take place on Hasegawa’s home ground of Tokyo, Japan and the former Deep openweight champion will not be settling for anything less than victory.

“I have never lost consecutive bouts, so I do not expect to lose again” Hasegawa said in a recent interview with ONE Championship.

“We will win Bout of the Year again but this time I will be the winner. I will win and raise Japanese mixed martial arts.”

The upcoming encounter between the two men will be a historic occasion for both athletes. It will be Aung La’s first title defense outside of Myanmar as well as Hasegawa’s first ONE World Title match in front of his compatriots.

The pressure on both athletes will be immense and Hasegawa is aware that he can expect a greater share of the media spotlight this time around.

For Aung La, a two-division ONE World Champion, performing under the eye of the media is nothing new but it will be interesting to observe how his Japanese opponent handles the extra attention in the lead up to ONE: A NEW ERA.

“It will be something that I definitely must overcome” Hasegawa  acknowledged.

“I am not going to lose this time. [There is some] pressure and sense of [urgency] but I will challenge Aung La N Sang with everything in my fists.”

Hasegawa, like Aung La has done in the past, is finding inspiration in competing at home.

“I am very happy that ONE Championship will host an event in Tokyo. ONE respects the athletes over other organisations. Participating in this great promotion and be able to compete in Japan is a motivation” Hasegawa said.

As determined as Hasegawa is to claim the ONE Middleweight World Title, fans can be certain that Aung La is every bit as determined to keep the gold strap around his waist.

Fans should circle the March 31st on their calendars now, as this will be the matchup that no one will want to miss.