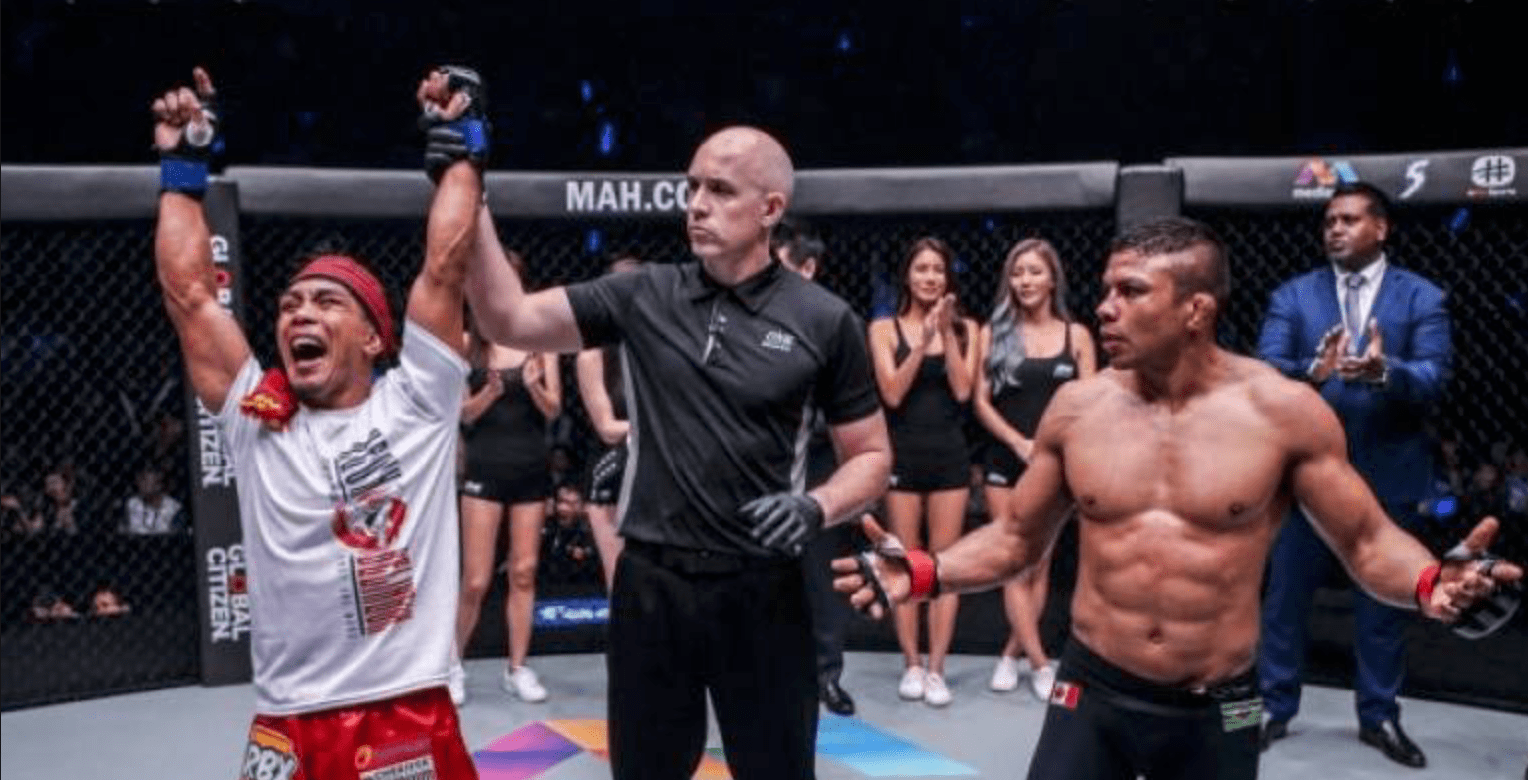 Filipino firebrand Kevin “The Silencer” Belingon is dedicating his ONE Bantamweight World Title defense against rival Bibiano “The Flash” Fernandes on 31 March at ONE: A NEW ERA to his teammates and fans of Team Lakay.

The Baguio City based martial arts gym started 2019 out on the wrong foot when both Joshua Pacio and Geje Eustaquio lost their World Titles in close encounters earlier this year.

It was difficult for Belingon to see his team down, so when ONE Championship Chairman and CEO Chatri Sityodtong announced that he would become the fourth World Champion to defend his title in Japan, Belingon was exhilarated.

Alongside ONE Lightweight World Champion Eduard “Landslide” Folayang, who competes against Shinya Aoki in the main event of ONE: A NEW ERA, the two Team Lakay brothers are looking to boost their team’s morale.

“There’s a lot of pressure for the team this 2019” Belingon said.

“We just lost two belts this year, so it is up to us [Eduard Folayang and I] to relieve some of that pressure.”

Both Pacio and Eustaquio’s heartbreaking setbacks were a huge blow to Team Lakay, who had an exceptional 2018. However, the experience has made Belingon even more determined to successfully defend his World Title for both his team and his country.

“Me and Edward are determined to defend our World Titles so that we can go back home as champions” Belingon said.

“We are going to do this for Team Lakay and the Philippines.”

It will be easier said than done, as Belingon faces a very hungry former titleholder in Fernandes, who is intent on getting the title back. The Baguio City native will reserve his prediction for the contest, but mentioned that he will avoid committing the same mistakes he and his team made in the past, even in his title-winning performance last November.

“Bibiano Fernandes is the toughest opponent of my career and surely I am the same for him. I don’t expect this third fight to be easy, that is why I am preparing hard in training” said Belingon.

“I will try my best. I can’t predict how the fight will go but I will try to finish it this time.”

Belingon right now is highly motivated and focused on his upcoming World Title defense, knowing that he has his teammates and the entire Philippines cheering him on. Although he feels pressure, Belingon thrives in it and is using it as a springboard to what he thinks will be his best performance yet.

“We just need to convert that pressure into focus to make sure we are successful in our respective title defences” Belingon said.

“With the help of Coach Mark, our teammates and the support of our fans, there is nothing impossible for us.”

Belingon has waited for so long and has worked so hard to become a World Champion. He vows to give the performance of his life to keep the golden strap around his waist.

“I want to stay as a champion and I would make sure that I will do everything I can to keep it that way” Belingon concluded.