Kevin Belingon Is Prepared For The Toughest Bout Of His Career 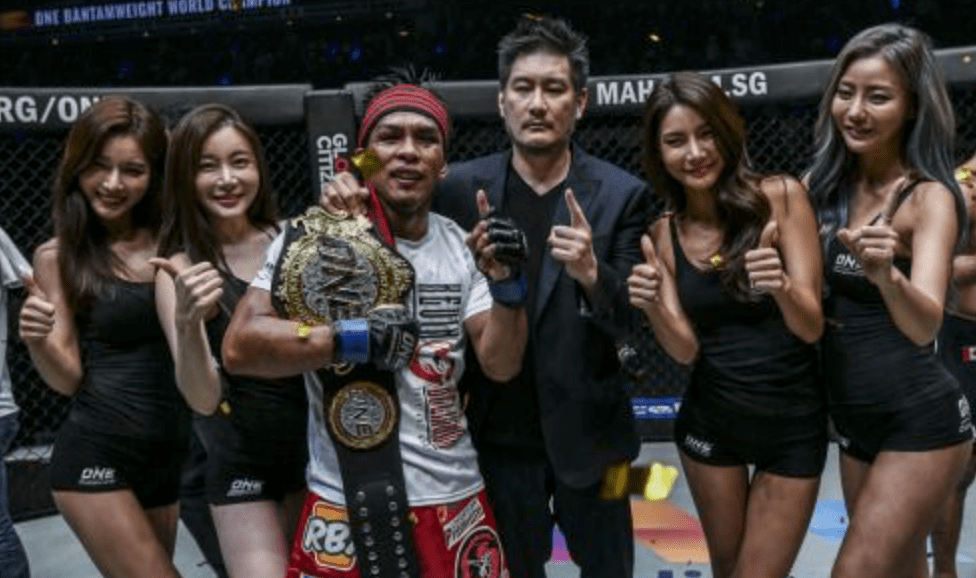 Reigning ONE Bantamweight World Champion Kevin “The Silencer” Belingon is all geared up to defend his title at the Ry?goku Kokugikan in Tokyo, Japan on March 31st against rival Bibiano “The Flash” Fernandes. The highly-anticipated trilogy bout is one of three co-main events at ONE: A NEW ERA.

Belingon’s title defense was the last announcement to be made for the card among the Team Lakay World Champions. Although Belingon had been enjoying the beginning of the year, he was doing some light training just in case he got the call to defend his belt in Tokyo.

“I started 2019 enjoying the company of my family and friends,” Belingon said.

“I wasn’t worried at all that I didn’t have a schedule to defend my title yet. I was in light training just in case. You never know when the call could come and it was best to be prepared.”

Belingon had a gut feeling he would be getting the call soon, so when the news broke, he wasn’t surprised at all. A feeling of excitement came over him because he would get to join his Team Lakay brothers Eduard Folayang and Danny Kingad on the card.

“I had a feeling I would be defending my title against Bibiano again,” Belingon said.

“It was inevitable given how close the last bout was. I don’t mind. I’m excited and willing to prove myself once again.”

Belingon and Fernandes first met back in January 2016 where the Team Lakay stalwart tapped to a kimura in the first round. In 2018, they met for a second time. This time, Belingon was ready for the Brazilian’s grappling, and the Filipino outperformed the champion to win via razor-thin split decision.

It’s a feat Belingon wishes to repeat at the end of this month.

“I know this is going to be the toughest bout of my career,” said Belingon.

“I have prepared well for him again. I think I know him very well now. It’s going to be a tough fight.”

If Belingon can pull off another incredible performance, a victory would effectively and finaly put Fernandes in his rear view mirror. “The Silencer” cannot wait to put on a show for the fans in Tokyo, and to lay it all out inside the cage.

“I’m going for the finish. This time, when I see the opening, I’m going to take it,” Belingon concluded.

“I’m going to be aggressive and strong. With my Team Lakay brothers at cageside, I will have the strength and power to defeat him.”