Kevin Lee Lists The Fighters He Wants To Fight 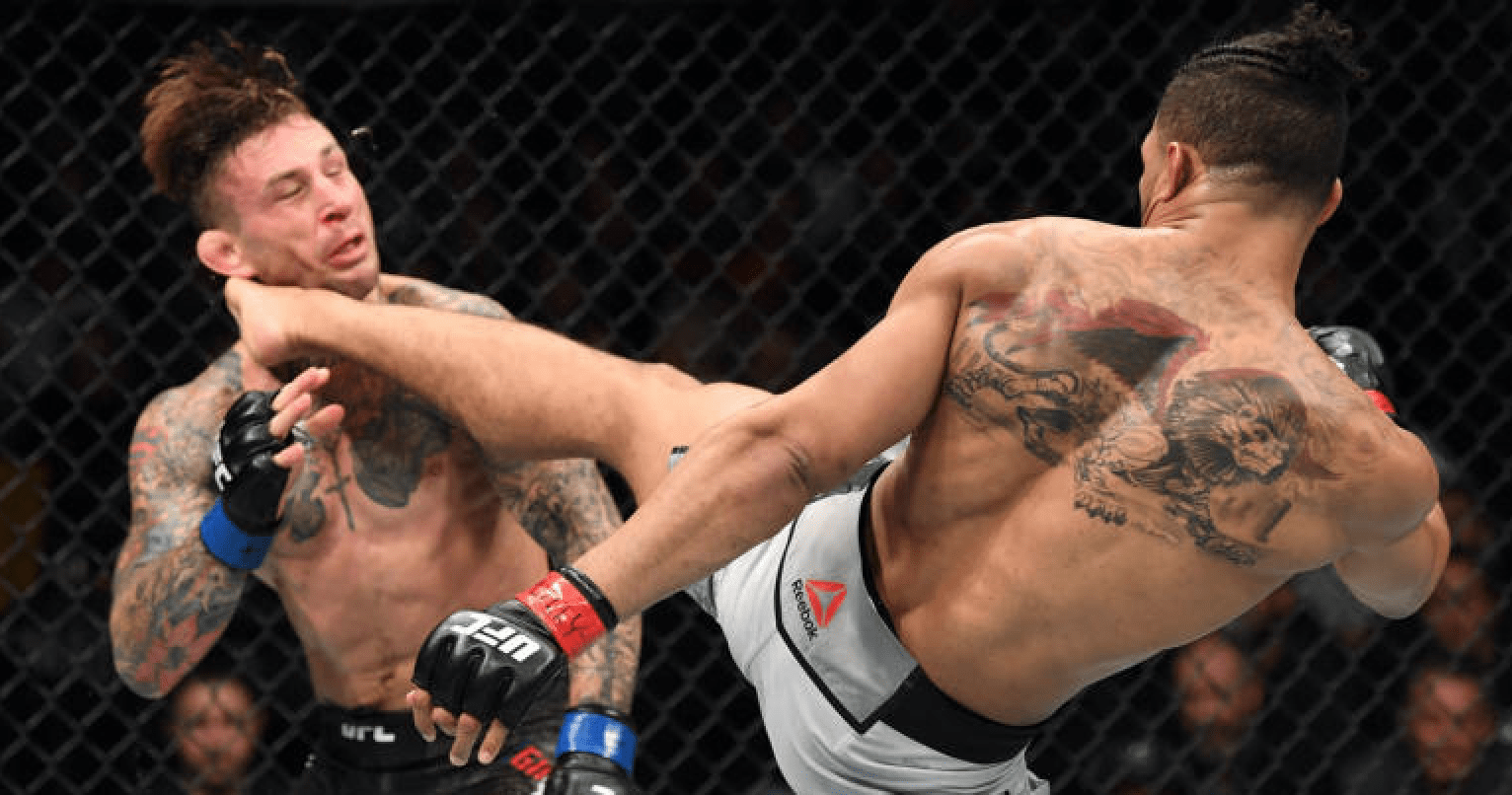 Kevin Lee is coming off a spectacular headkick knockout of the formally unbeaten Gregor Gillespie, this past weekend at UFC 244. The KO earned the 27 year old a Performance of the Night bonus. And after an impressive performance like that, ‘The Motown Phenom’ has his sights set on some of the biggest names in the UFC lightweight division. Including the champion Khabib Nurmagomedov, and Conor McGregor.

“Bigger fights now. That’s all I’m looking for. This next one, I think it’s going to be huge. The best thing is, this is lightweight, so there’s a lot of good fighters out there for me to go up against.”

“If I had my pick, it’d be somebody like Conor. I’m being real with you, it would. But I just know he wouldn’t want to fight me. They seen that performance, he’s coming off that loss, he’s not going to do what I did. He’s not going to take on an undefeated guy who’s still trying to make a name for himself, who’s still coming up. I don’t think he’s gonna do what I did, he’s not gonna take that fight.”

Lee also stated that he wants to face the winner of Khabib and Tony Ferguson, who are expected to meet in early 2020.

“To be honest, that’s the fight I’m gunning for, it’s the winner of Tony and Khabib. I want the winner. I know I need to do one or two more to get to that point… but I’ve been wanting to fight Khabib for [a long time)], and a lot of people want to see me fight Ferguson again. Whoever wins that fight is going to be the best in the world and I want that man.”

And Kevin Lee hadn’t finished there. Antony Pettis and Justin Gaethje are also on his radar.

“There’s a lot of good guys out there. Anthony Pettis is still out there, a former world champion. That’s somebody I want to test myself against. Gaethje’s out there too, he’s a top contender, he knocked out Cerrone in his last fight. I like that one too.”

‘The Motown Phenom’ also had some back and forth with Islam Makhachev following his win at UFC 244, in which they both said they wanted to fight each other.