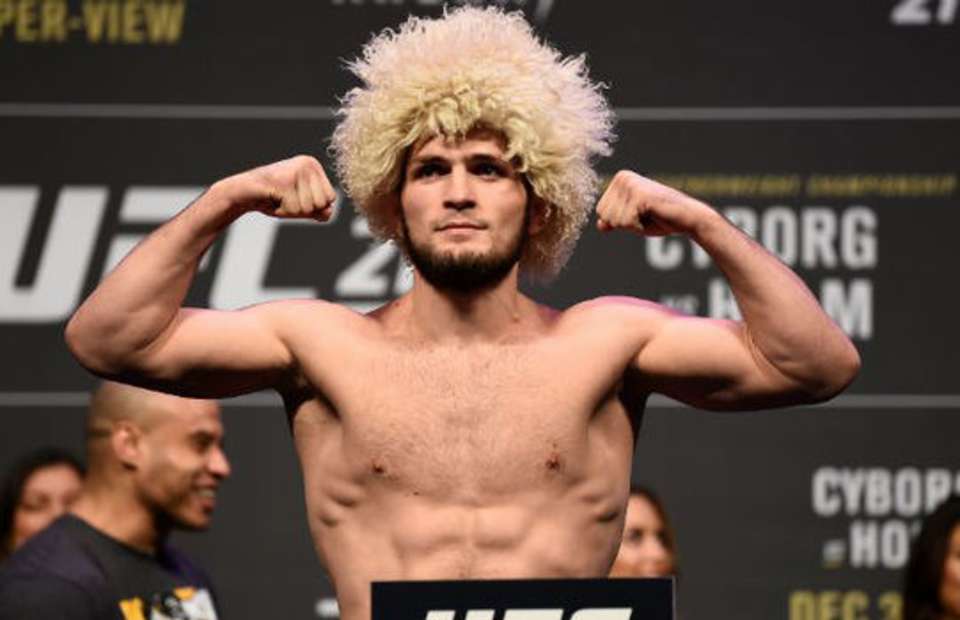 Khabib Nurmagomedov has taken to Instagram to take another dig at Conor McGregor, posting a photo of Team Khabib and mocking McGregor’s infamous cry of ‘when one of us goes to war, we all go to war’ from UFC 178. Saying that ‘deeds will always be above words’.

Both Esedulla Emiragaev and Zubaira Tukhugov are in the photo, who were obviously by Khabib’s side at UFC 229 and the brawl that followed.

We are still waiting to hear the extent of the punishment for the UFC 229 fracas. The Nevada State Athletic Commission are set to hand out their punishments for the brawl, on January 29th.