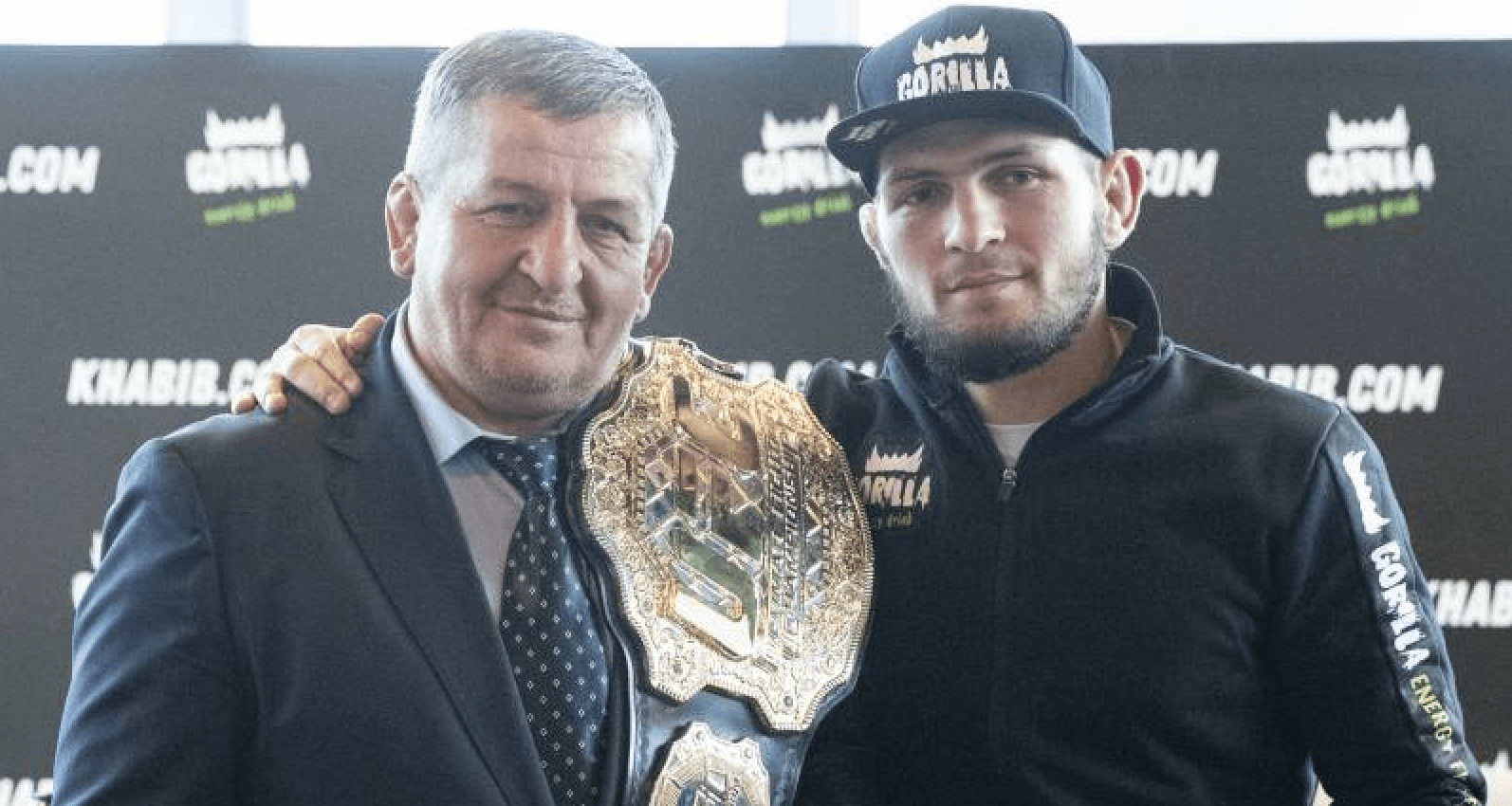 UFC lightweight champion Khabib Nurmagomedov lost his father and coach Abdulmanap this past July, due to complications from COVID-19. The Nurmagomedov family patriarch was placed in a medically-induced coma after contracting the virus in May and passed away two months later. Abdulmanap was laid to rest in his home village of Kirovaul in the Republic of Dagestan.

Under his father, Khabib began training at the early age of 8, with his regimen including wrestling a bear at 9 years old. Now, the champion hopes to honour his late father with an annual mixed martial arts tournament, the first event is scheduled to take place in Moscow this week. Speaking to RT Sport, the 31-year-old revealed the details of the tournament.

“This tournament will be annual, we have already planned it,” Khabib said. “Only the date will change. So every year at the end of summer or at the beginning of fall we will have this event every year. Other than that, there were no problems with the organisation.

“The fighters wanted to fight, and promoters also were also interested in making the event. Most likely due to the fact that many events have been canceled because of coronavirus pandemic. So everything came about very well. I hope the tournament will be held at a high level.”

The event will be hosted by Fight Nights Global and its main events will see Vladimir Mineev face Dauren Ermekov. Khabib has also said his brother Usman will be part of this event.

“I can highlight two fights from this event,” Khabib continued. “The first one is with my brother Usman. And the second one is the main event. A fight between two champions of their organisations (Fight Nights Global and GFC) – Vladimir Mineev versus Dauren Ermekov. I think Mineev will be the winner, but you can’t underestimate Ermekov.”

To say that Abdulmanap has influenced his son would be an understatement; The man was also his coach and mentor. Khabib is currently 28-0 in mixed martial arts competition and is the reigning UFC lightweight champion. And so he hopes the tournament will make for a fitting tribute.

Khabib Nurmagomedov is scheduled to defend his UFC lightweight title against Justin Gaethje at UFC 254 on October 24th.