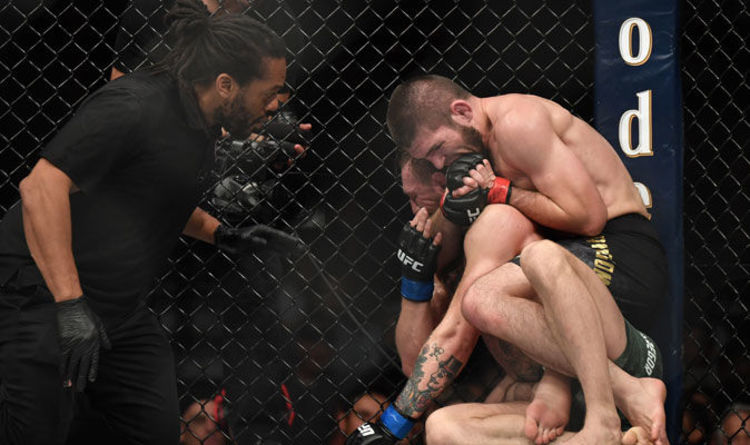 Once the brash Irishman tapped out, Khabib immediately jumped over the cage, and dove into the crowd. As it turned out, the Dagestani fighter was going after Conor’s friend, Dillon Danis.

It was then reported that Khabib had heard something bad from Danis, which was why he attacked him. The melee that ensued witnessed Khabib getting slapped with a hefty fine by the NSAC, and his license temporarily suspended. Khabib recently spoke to Submission Radio about what actually went down, and why he attacked Danis.

“No, I didn’t hear him, you know,” Nurmagomedov told Submission Radio (transcript via BJPenn.com). “I jumped on him because other corner is too old; because Conor’s other corner, coaches are too old, and that’s why I jumped on [Danis] because he’s almost like my age.

“If I jumped on [John] Kavanagh, I don’t think it’s too… Cause Kavanagh can’t fight me. That’s why I jumped on [Danis]. But when I fight, I didn’t hear him, it was too loud. But I don’t like his whole team. I have choice what I’m gonna do, but all other old coaches were too old for me. They cannot fight with me. They’re almost like my father’s age. That’s why I jump on him.

Khabib then also spoke about beating McGregor, and what it meant to him personally.

“I’m looking for punishment, first of all,” Nurmagomedov said. “I wanted to make him tired. It’s very good when he tapped. It meant a lot for me [when he] tapped.

“Please, he asked me [to] finish [the fight]. This is much better than a knockout. If you knock him out, like, if I knocked him out in the second round, you go down, but people gonna talk about, ‘oh, it’s luck’, you know? But what about if you smash him all four rounds and he taps? It’s finished there. No more. I don’t think he ever wants to compete with me [again]. Because he felt everything. [He] felt my mental, he felt my control, my striking and all that, and he tapped too.”