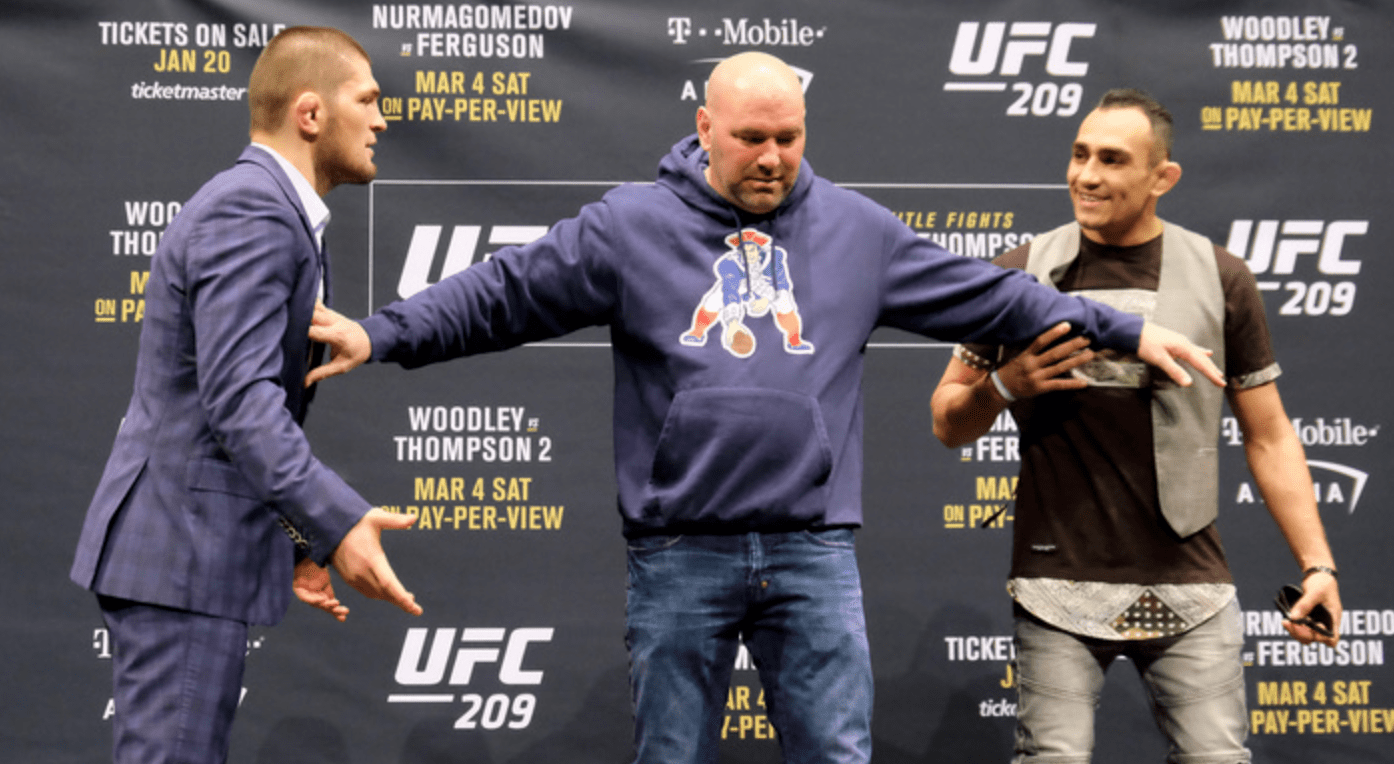 When Khabib Nurmagomedov stopped Dustin Poirier at UFC 242, the opinion was almost unanimous: he had to fight Tony Ferguson next. While Nurmagomedov has been running through his opponents, Ferguson hasn’t lost a fight in seven years. In what is surely going to be the biggest battle in the lightweight division, their paths had to cross sometime — even if fate has stopped it on multiple occasions. Although, Khabib is also certain to fight Conor sometime in the future.

It almost feels like their previous scheduled fights fell through for a reason. Khabib has since become the undisputed lightweight champion, while “El Cucuy” is considered by many to be the locksmith to unlock the puzzle of “Eagle”. And according to Khabib’s manager, the Dagestani grappler is more than happy to fight Tony Ferguson next.

“Bring your ass March or April”, Ali Abdelaziz, Khabib’s manager said during the media day, hosted by Dominance MMA management (transcript via ESPN). “Get the ass whippin’ and retire. That’s it — finished.”

Ferguson was scheduled to fight Khabib last year, but had to pull out due to an injury. “The Boogeyman” has fought just three times in the last three years, and Ali said that doesn’t give him the right to call his shots.

“When you fight once a year,” the manager said, “you have no demand.”

And according to his manager, Gaethje can either fight for the title, or wait for a certain Irishman.

“I’m gonna be generous”, Abdelaziz said. “If Tony is next [for Nurmagomedov], Justin Gaethje should fight for the title and wait or fight the Irishman [McGregor].”

Recently, Nurmagomedov also said his next fight will be against Ferguson, and his manager echoed the same sentiment.

“Khabib will fight [Ferguson]”, Abdelaziz said. “Last time, Khabib showed up in Brooklyn, New York. The man got tripped by a wire. And I’m not making fun of him. We showed up. He did not show up.”