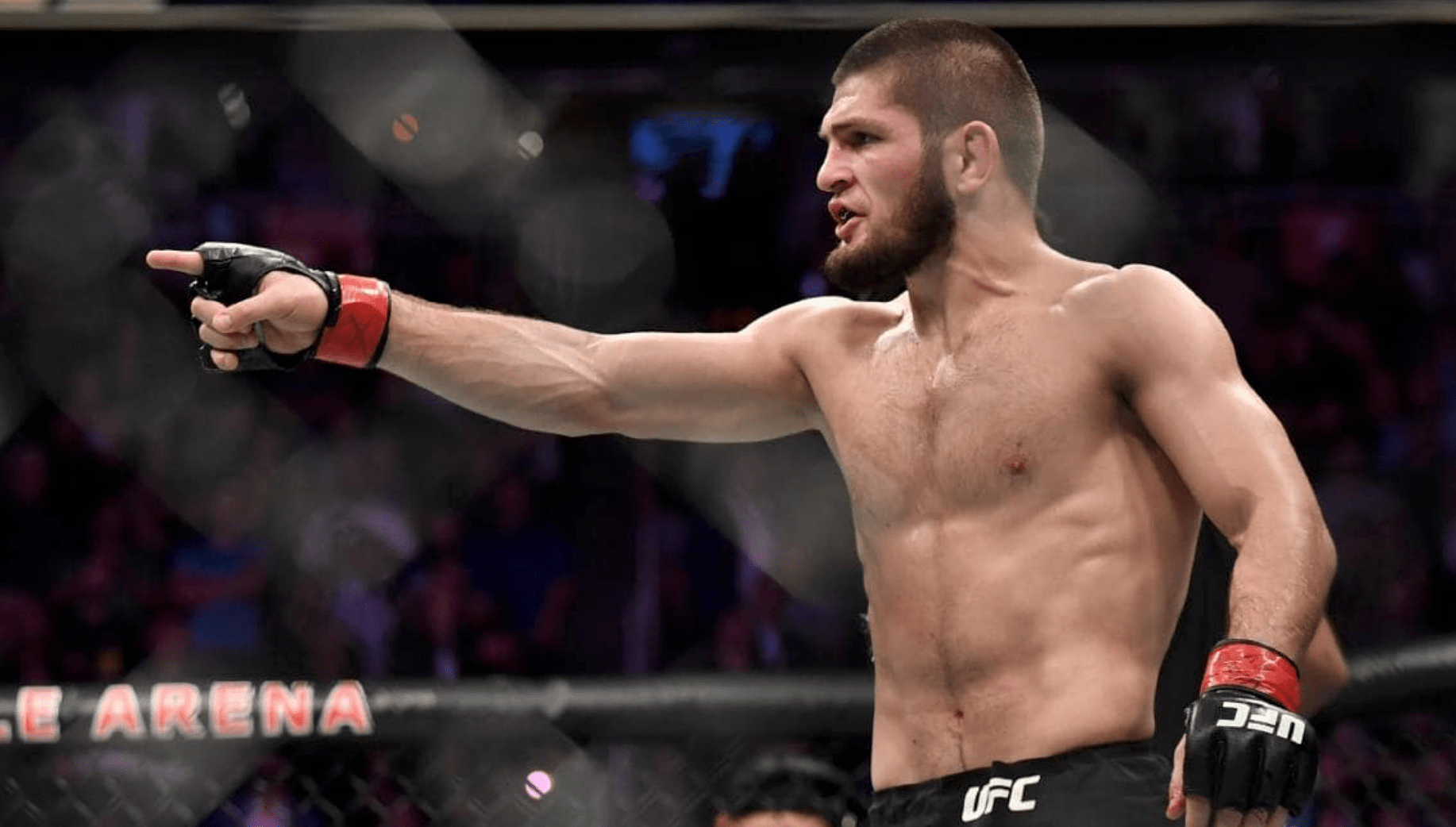 This weekend, the UFC made its second visit to Russia, at UFC Saint Petersburg. In attendance was the UFC lightweight champion, Khabib Nurmagomedov. Following the main event, Khabib spoke to ESPN’s Megan Olivi about his upcoming unification title bout with the new interim lightweight champion, Dustin Poirier.

“I think it was a very good performance from Dustin Poirier. Honestly, before the fight, I thought Holloway was going to beat him. This is my prediction when we talk with fans, with father, with team. But he impress me. Dustin impressed me. I think he has very good boxing, much better than before. Every fight, he becomes stronger and better in boxing, on his feet. And I think he deserves title show. I think because he’s already interim UFC lightweight champion, I am real lightweight champion, we have to fight. And now, we’re working on this.”

“Long time, I follow him. He have very good background. He have good, good ground game, not bad. He have good striking game. I follow him a long time. And, versus me? I think I have to maul him, like I do with everybody. This is what I have to do. You know I respect him like fighter, like human but when we go to the cage, I have to maul this guy. This is what I want. And right now I’m focused on September and five months before fight, and I think it’s going to be very good fight with him.”

Khabib vs Poirier is expected to go down on September 7th, in Abu Dhabi.

The 27-0 Dagestani is currently suspended until July, for his part in the fracas that followed his win over Conor McGregor at UFC 229, last October.

Poirier is coming off of a win over the UFC featherweight champion Max Holloway last week at UFC 236, which saw ‘The Diamond’ win the interim lightweight title.

Do you think Khabib will maul Poirier?