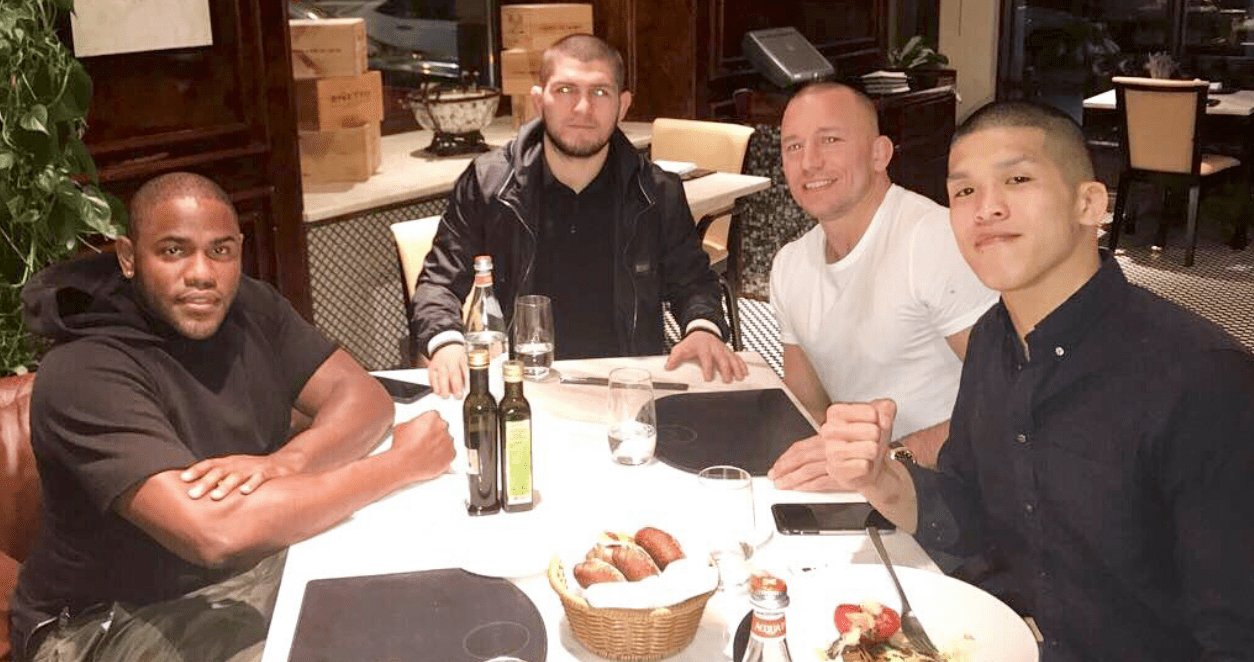 Last week Khabib Nurmagomedov learned that he had received a $500,000 fine and nine month suspension from the Nevada Athletic Commission (NAC). Although the suspension would be reduced to six months, if he participated in a local anti-bullying campaign. The punishment was for the infamous UFC 229 brawl.

Khabib had other ideas though and turned down the offer, stating he was unhappy with his punishment. Along with that of his cousin Abubakar Nurmagomedov and teammate Zubaira Tukhugov, who both received a one-year suspension and $25,000 fine. You can read more about that here.

Khabib has now stated that not only does he want to return to the Octagon in November at Madison Square Garden (MSG), New York, but also that he has an opponent in mind. As he revealed in an interview on the Russian channel Match TV (as transcribed by RT.com).

“He has one or two fights left…Georges St-Pierre is the greatest fighter ever to step in the octagon. That’s my opinion.

“I think he can drop to my weight [155lbs]. It would be interesting to fight him.

“My return will be planned for around November, in New York [in MSG]. He’s fought there before, and there’s a big [Russian] diaspora.”

Earlier this week at an event at the Canadian Museum of history, GSP also expressed a desire to fight Khabib.

“It’s been a few months that my agents are in communication with the UFC to try to make a fight happen [Khabib].

“I know Khabib wanted to fight me and I wanted to fight him. It’s not about feeling, it’s just about respect, and for me as an athlete, what drives me the most – what is the most exciting for an athlete in combat sports – is to be able to beat someone who seems invincible.”

Would you like to see Khabib take on GSP at MSG this November? Or do you think that Tony Ferguson deserves the next shot at Khabib?