Khabib: Winner Of Poirier vs McGregor Will Go On To Win My Belt 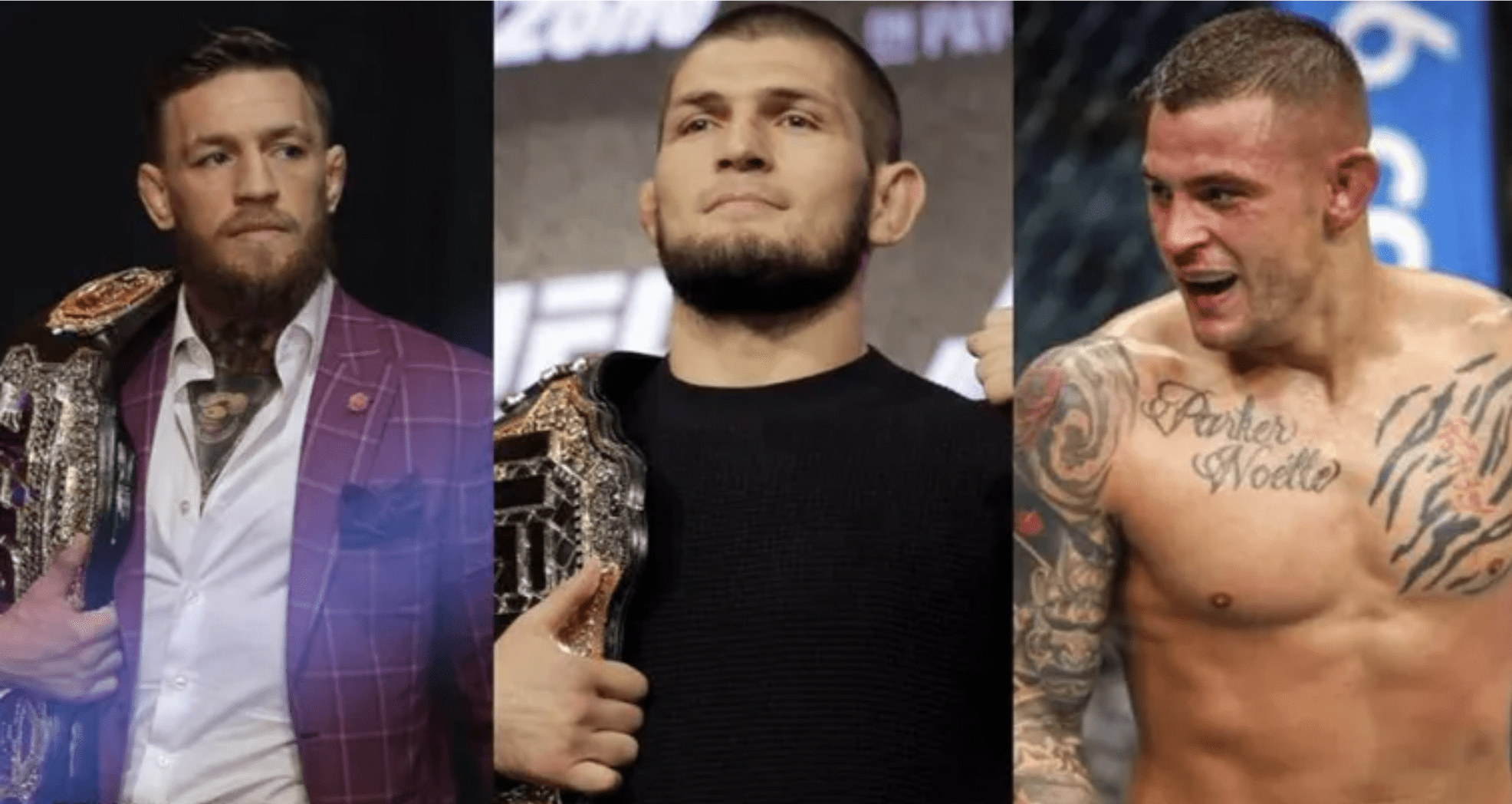 UFC lightweight champion Khabib Nurmagomedov believes that the winner of next month’s Dustin Poirier vs Conor McGregor rematch will go on to win his belt.

Poirier and McGregor are set to fight at UFC 257 in a non-title five round main event, but things could dramatically change if UFC president Dana White fails to persuade Khabib into reconsidering his retirement, when they meet next month in Abu Dhabi.

The Russian retired at UFC 254 after successfully defending his title against Justin Gaethje, and has repeatedly said that he has no intention of fighting again. He is still officially the UFC lightweight champion, but Khabib expects that to change soon.

Belt On The Line

Speaking to Match TV (as translated by RT Sport), Khabib revealed that he believes that the winner of next month’s blockbuster rematch between Poirier and McGregor will go on to win his belt.

“Top three [lightweight] fighters right now? Poirier, McGregor and [Islam] Makhachev,” Khabib said. “[Makhachev] is not in the top-five yet, but those are the best fighters. My belt will [eventually] be taken by the winner of Dustin and Conor.”

Both Poirier and McGregor’s team have stated that they believe their UFC 257 main event should have the 155lbs belt on the line.

Dana is persistent in his attempts to bring Khabib back, but ‘The Eagle’ is equally as stubborn. The undefeated Dagistani said that although the UFC is offering him conditions and fighters to return, he would like to stay retired.

“Dana and I are in touch and did not discuss the moment with the vacant belt,” Khabib continued. “This is because they want me to continue. This is clear – I have been in the league for nine years and have not lost. I have a story, a big fanbase. I don’t blame them and their desire is understandable. They persuade, I will not hide, but this is not surprising.

“They offer conditions and fighters, but it’s hard to surprise fighters. I finished half of the top ten ahead of schedule. And so yes, I repeat: there are conditions and offers. In a couple of weeks, Dana and I will discuss all the points. I would not like to have the likelihood of my return.”

Responding to Khabib’s translated statements, his manager Ali Abdelaziz said that his client has been misquoted.

Abdelaziz also directed crude barbs at McGregor’s coach John Kavanagh, who said on Monday that he does not understand why the UFC 257 main event is not for the title, if Khabib is retired.

Do you think the winner of the Dustin Poirier vs Conor McGregor rematch at UFC 257 will go on to win the UFC lightweight title?