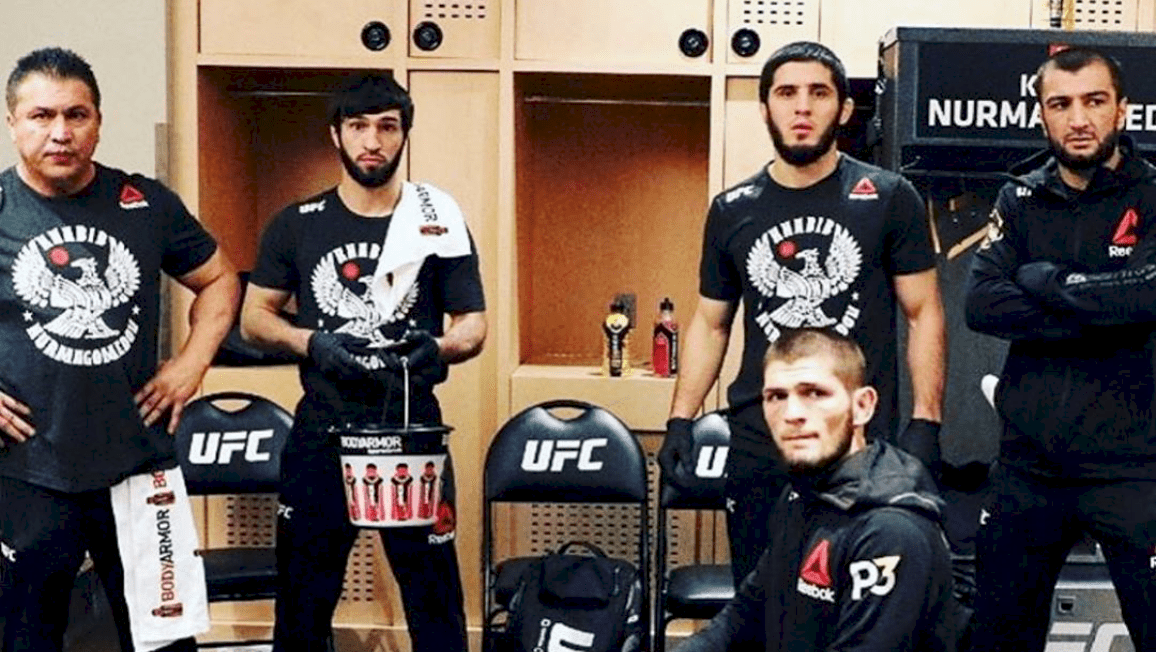 Khabib Nurmagomedov’s teammates Abubakar Nurmagomedov and Zubaira Tukhugov have had their suspensions reduced by 35 days. The decision was made at a Nevada State Athletic Commission (NSAC) hearing on Wednesday.

NSAC executive director Bob Bennett, confirmed that both men has their suspensions reduced by 35 days after a community service agreement was approved at the NSAC hearing in Las Vegas.

Both had originally been suspended for one year for their parts in the brawl that followed Khabib Nurmagomedov’s win over Conor McGregor at UFC 229.

For their parts in the brawl, McGregor was suspended for six months and Khabib, nine months. Although the UFC lightweight champion could have had his nine month suspension reduced to six months, if he took part in an anti-bullying public service announcement. An offer he refused.

It is well known that the UFC wants to book Khabib on the UFC 242 card in Abu Dhabi on September 7th, in a UFC lightweight unification bout with the interim champion Dustin Poirier.

However, Khabib has previously stated that he would not fight while his teammates were suspended. But with Abubakar and Zubaira’s suspension being reduced by 35 days, Khabib can now compete at UFC 242 and keep his word.

Ali Abdelaziz, who manages Khabib, Abubakar and Zubaira, told ESPN on Wednesday that he is confident that the Khabib vs Poirier fight will happen in Abu Dhabi in September.

“We are close on Khabib’s next fight. I need to meet with [UFC president] Dana White soon, but we will hopefully have some news to announce very soon.

“If everything goes according to plan, I believe Khabib’s next fight after Dustin will be against Georges St-Pierre in December for the lightweight title and undisputed greatest of all time. Khabib cares about legacy, and how can you say any other fight would mean more to his legacy than this?”

Soon after the hearing, Khabib took to Instagram to announce the good news:

The Nevada State Athletic Commission issued a verdict on the @zubairatukhugov and @abubakar_nurmagomedov case. The commission reduced the suspension of the fighters by 35 days, so Zubayra and Abubakar can fight at #UFC242 in Abu Dhabi!

We ready and we coming InshaAllah.
DreamTeam and real Family ??”