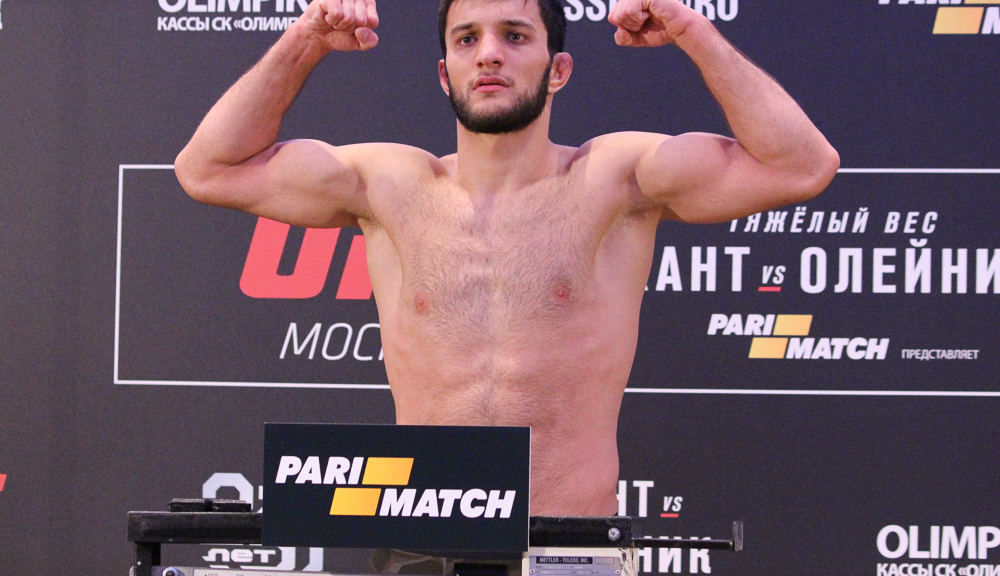 Khalid Murtazaliev, who made his UFC debut during UFC Fight Night 136 in Russia, has been handed a two-year suspension by USADA. Murtazaliev (14-2 MMA, 1-0 UFC) won his debut fight via second-round TKO over veteran C.B.Dolloway (17-9 MMA, 11-9 UFC).

USADA released a statement yesterday, stating that Khalid had failed an out-of-competition drug test, and accepted the two-year suspension. According to USADA’s statement, Khalid Murtazaliev tested positive for drostanolone and its metabolite for the urine samples collected on October 3rd and December 6th. The steroid is banned throughout the year, and carries a minimum term of two years for first time offenders.

Considering Khalid failed the first test on October 3rd, his suspension will be retroactive to the October 3rd test. This would mean that the UFC middleweight will be eligible to compete again on October 3rd, 2020.

Furthermore, in their statement, it was revealed that USADA considers the two positive samples as one violation, “because the amount of drostanolone and its metabolite detected in both samples is consistent with administration via injection prior to the first sample”.

Since the promotion regulated its own event in Russia, Khalid Murtazaliev’s win over C.B.Dolloway stands, and won’t be turned into a no contest.